When you are feeling hungry but you’re not exactly sure what you want to eat, these seven restaurants will let you try a lot of different options with friends and family for a great time to socialize.

The trained staff at En Croûte is always keeping its fromagerie stocked with a great selection of new and exciting cheeses, making it one of the best places in the city for a charcuterie and cheese plate with a glass of wine. Check the board for its daily offering or turn it over to the cheesemonger for a le loup plate and enjoy a selection of cheeses, meats and housemade sauces and crackers.

This new concept out in Yukon comes from the owners of a neveria in Oklahoma City who are looking to take their snack shop with plenty of homemade ice cream, fresh fruit crêpes, marinated fruit cocktails and much more to a wider audience. There aren’t many places in the city to get a variety of homemade ice creams, especially ones you can pair with an overstuffed baked potato and nachos.

The menu at the new Social Deck + Dining, which took over the old Chae Modern Korean location in December, is divided into two sides: “Let’s share” and “All mine.” Owners want to promote shareable appetizers like the smoked salmon board or lamb kefta (meatballs) that also comes as an entrée with Middle Eastern-style baked eggs.

The staff at Bar Arbolada continues the tradition started by co-owner and Oklahoma City ex-pat Dustin Lancaster, who operates some of Los Angeles’ top bars and restaurants. Since it opened in the Arts District last year, the cozy spot has become one of the best places in the city to grab a drink and peruse a small plate menu that includes fried Spanish potatoes, a pot of pimento cheese, a curated cheese plate and much more. 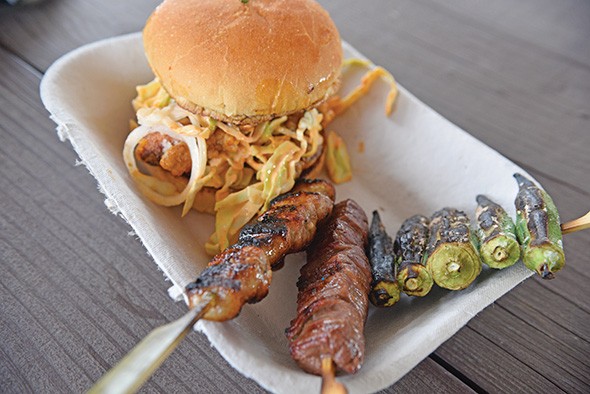 If you only thought of Edmond’s The Patriarch as an opportunity to sip on craft beer and wine, then you haven’t been there since Jonathon Stranger’s yakitori concept opened in a shed on the property’s backyard. It’s an affordable way to taste a bunch of different marinated meat and vegetable skewers, but don’t sleep on the oversized sliders like chicken karaage.

The menu at Sidecar should be eaten in small bites between sips of a house cocktail or wine. There are flatbreads and sandwiches on the menu, but its appetizers, like stuffed mushrooms and smoked trout dip, are the stars. Its butcher board is a steal at $13; you get meats and cheeses with vegetables, fig preserves and an olive tapenade. 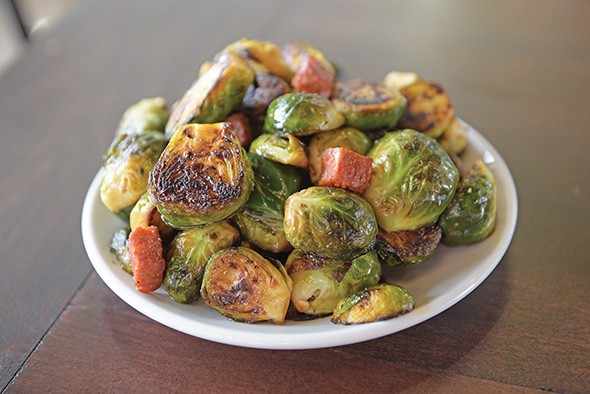 Executive chef Shelby Sieg is always coming up with inventive and tasty small plates to pair with a fantastic wine selection at The Pritchard, but there is one dish that will never be pulled of its rotating menu or there will be riots on 16th Street: roasted Brussels sprouts with chorizo. Even when you think we’ve reached peak Brussels, these will always hit the right spot.