The Oklahoma City area has a variety of gravy-covered options whether you’re looking for red-eye or waiting for the weekend so you can add a little chocolate.

Is it possible to eat a chicken-fried steak without gravy? Sure, but are you really having the full experience? Whether its cream-based, white or brown, gravy is the product that ties dishes together. The Oklahoma City area has a variety of options whether you’re looking for red-eye gravy or waiting for the weekend so you can get chocolate gravy.

Poutine is the national dish of Canada, but if it doesn’t have cheese curds, it’s just another version of gravy fries. Although the Guyutes version of the poutine wrap uses cheddar cheese, we’ll give them a pass because the combination of pulled pork, beef gravy and waffle fries is really good, especially when you consider Guyutes has a lot of quality vegan options as well.

This Bavarian farmhouse structure has been an icon for authentic German food since it opened in 1994. Centuries before Oklahoma put chicken-fried steak on its official state menu, the Germanic people were pounding cuts of meat thinly and frying them in breadcrumbs.  The hunter’s schnitzel is pork loin topped five different ways, including with creamy mushroom-and-bacon gravy. Royal Bavaria also has brown beer gravy for its slow-roasted pork shoulder and red wine gravy for pot roast. 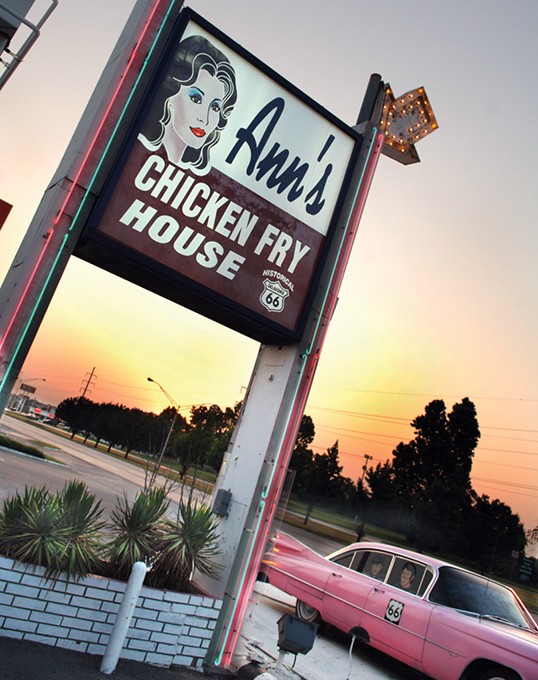 The pink neon glow emanating along the highway is a remnant from the days when Ann’s Chicken Fry House was an attraction on Route 66. While the highway became 39th Street Expressway, the fry house stayed committed to what it does best: chicken-fried steak. It claims to be the largest seller of the dish in the state since 1971. Thursday-Saturday, you can get Ann’s classic brown or white gravy over pork chops.

Why settle for standard sausage gravy when you can have sausage gravy with mushrooms, or jalapeño or chorizo? The varieties are nearly endless, as 40 types of gravy are the stars of this Nichols Hills diner. Open Wednesday-Sunday, Good Gravy expands on the weekend to include ever-elusive chocolate gravy. Pair the chocolate gravy with a flaky biscuit, French toast, waffle or pancakes. 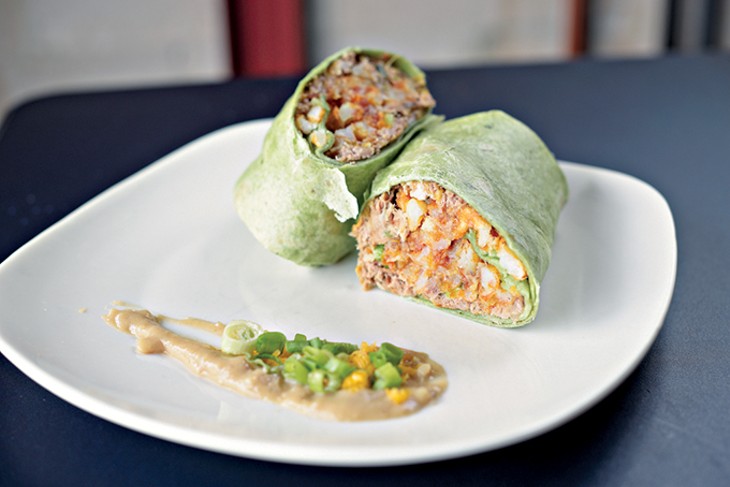 Are you looking for a little more flavor than nondescript brown or white gravy? Whether it is curry, masala or roganjosh or many other cream-based sauces, Mt. Everest Cuisines has a variety of gravy options across Indian and Nepalese dishes. If you want to have a full sit-down meal, order the Nepali-style thali, which includes gravy, dal (lentils), vegetables, papad (thin crisps) with rice and dessert to pair with a protein of your choice.

Any list focusing on gravy in the Oklahoma City area is null and void without including Florence’s. Dating back to 1952, the venerable soul food institution has operated at its current 23rd Street location since 1969. Get the fried chicken smothered in its own gravy or opt for the yammed fried chicken, which puts yams in the batter. Also get the gravy with smothered steak, the steak burger or the beef tip special on Thursdays. 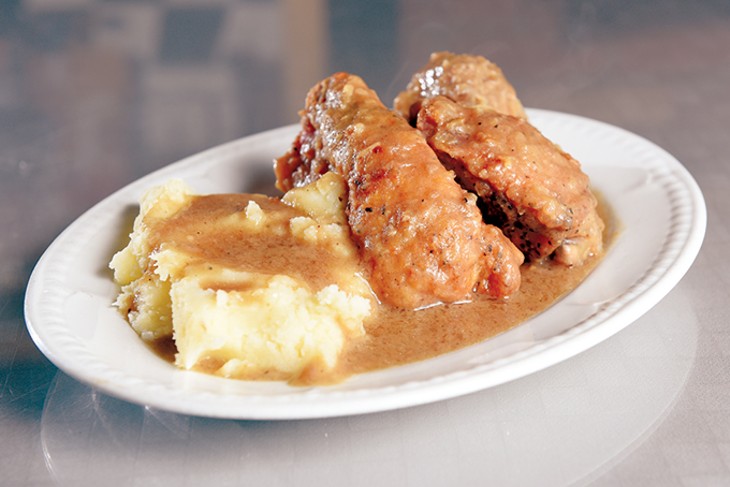 Red-eye gravy differs from traditional white or brown gravy in that it doesn’t use flour as a thickening agent. Many red-eye gravy recipes also include a little kick from leftover coffee. Cattlemen’s is more than just one of the best and most iconic places in the city for a steak; it is one of the few restaurants serving red-eye gravy, which can be found with its ham steak or onion rings. If you’re looking for cream gravy, opt for its chicken-fried steak.