From sweet treats to savory snacks like cornbread and beef jerky, we’ve got you covered.

This issue of Oklahoma Gazette is all about small plates, snacks and bites. Oklahoma produces many great treats that are available at the grocery store or in retail shops. From sweet treats to savory snacks like cornbread and beef jerky, we’ve got you covered.

Chef Chris Baker started selling his fresh pasta at farmers markets in Oklahoma in 2011, and now his pasta is available at fine dining restaurants around the country, including many in Oklahoma City. Pick up some yourself at its retail location on Broadway Extension or 10 retail locations in the city. Get them in classic flour-based pasta or an ancient grain set made with khorasan, spelt and durum.

Founded by Claude Woody in 1927, Woody Candy Company is the oldest candy company in Oklahoma. Woody’s claim to fame is chewy caramel pralines available at 5,000 retail locations across the country, but stop by its OKC retail shop for many more options. Of course, Woody Candy is also the only place to get Oklahoma’s famous Aunt Bill’s Brown Candy either at its physical store or online.

Snickerdoodle has long been a favorite in cookie form, but coffee? Tulsa’s own Java Dave’s Coffee makes its own blend of snickerdoodle-flavored coffee, Snickerdelicious. Check out many of Java Dave’s interesting flavors at its Edmond location, where the menu expands into breakfast and deli sandwiches, salads and pastries. 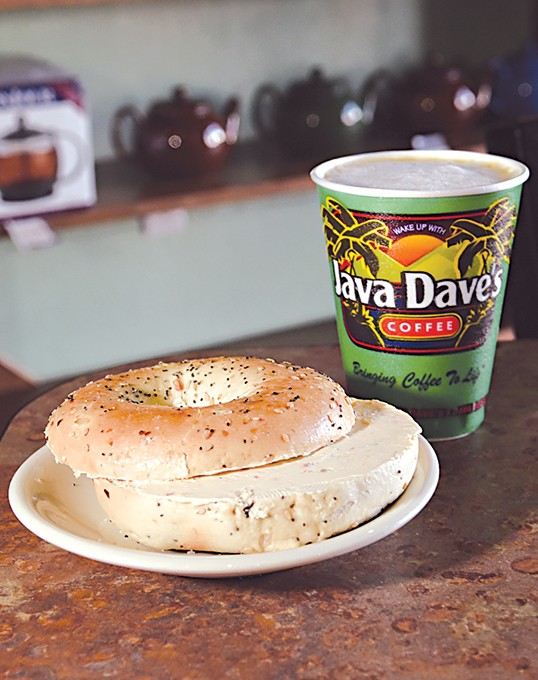 An Oklahoma institution since 1906, Shawnee Milling Company first introduced baking mixes to grocery stores in 1964. Its most important product might be cornbread mix, which is available in four flavors: yellow corn muffin mix, Mexican, white and yellow buttermilk. No matter the flavor, don’t forget to pre-heat your skillet for a crispy bottom.

Why sit down for a piece of pie when you can get one on the go? The hand pie tradition started as a respite for cowboys along the unforgiving terrain of the Arbuckle Mountains. The original storefront is near Turner Falls, but the Oklahoma City location serves through a drive-thru window, frying each hand pie to-order within a few minutes.

What started as an operation in a former elementary school in Ada has become an Oklahoma powerhouse since its acquisition by the Chickasaw Nation in 2000. With over 50 wholesale retail locations in the metro area — most notably OnCue, Crest Fresh Market and Homeland — you don’t have to go to Davis to peruse its selection of confections. Pairing peanut butter-filled and raspberry-filled bars puts a whole new spin on PB&J.

What started as a location in Penn Square Mall has expanded to Midtown and the Chisholm Creek development. Now Jerky.com, founded by Doug Iske and Chad Trost, has had so much success with its unique flavors of jerky (ranging from beef to poultry, seafood and wild game), summer sausage and licorice that it has expanded across state lines with a location in Grapevine, Texas.