January is National Soup Month. Though the temperatures haven’t exactly been frigid, this is Oklahoma and that could change at a moment’s notice.  These seven restaurants offer tasty soups that will treat you right regardless of the temperature outside.

The venerable eatery is celebrating National Soup Month with a different made-from-scratch soup Monday-Friday. Potato soup begins the week, followed by navy bean on Tuesday. The classic tomato basil helps you get through hump day, chili arrives on Thursday and comforting chicken matzo ball soup makes sure to keep you healthy heading into the weekend.

Scottie’s is more than the only deli in the city that makes its own bread and meat in-house. It uses that same level of commitment to craft three great soups: Spanish-influenced Basque garlic tomato, hearty matzo ball soup and chicken and sausage gumbo that is as good or better than anything you’d find at an area Cajun restaurant. 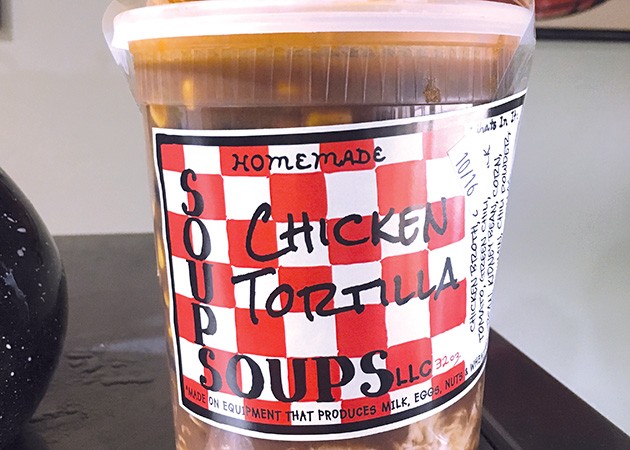 Don’t let the name fool you; there is a lot more than just soup at this Nichols Hills staple. Items like casseroles, full meals and large, multi-person salads can be ordered and picked up in the store. There are over 30 varieties of soup on the menu that include all of the classics and unique ones like lemon chicken, vegetable gumbo and avocado cucumber.

Oklahoma Gazette’s reigning reader favorite for Best Vietnamese restaurant is much more than the name implies. Of course, it has 19 varieties of pho, but there are plenty of other soups from which to choose. There is also Hủ tiếu, a pork-based soup with glass noodles. Mi is similar but swaps the glass noodles for rich egg noodles. And bánh canh utilizes thick udon noodles with a rich, pork-based broth.

Pozole gets its name from its star ingredient: hominy. The process of nixtamalization by treating dried corn with lye makes the kernels plump and ready to soak up lots of flavor, like the broth served at El Asadero, which serves its hearty pozole every day for just $9.99. If you had a bit too much to drink on the weekend, there’s no better hangover cure than menudo, which is really satisfying as long as you aren’t squeamish about eating tripe.

A lot of chain sandwich shops that offer soups merely cut open a bag and heat it up. You don’t have to worry about that at this locally owned restaurant. Pickerman’s soup offerings change daily, depending on what they’ve made for that day. Add a classic soup like tomato basil or chicken and dumplings to a meal when the weather has got you so cold that it’s the only way to warm up.

If you think you’ve eaten rice in every possible way imaginable, check out the dukboki, which was recently added to the menu full-time at Chae. The Korean rice cakes are the star of the spicy soup that is dotted with gochujang and sesame oil for heat, warmness and a little bit of sweetness. It’s one of a few new items at Chae Cafe, which now also serves sushi along with plenty of Korean-inspired American brunch items.