The way to someone’s heart is through their stomach, and home is where the heart is ... so the best way to get home is through food? Look, this is a newspaper, not an algebra textbook. All we know is Oklahoma City has plenty of restaurants that used to be houses, so make yourself right at home in a few of these residential eateries.

For more than 50 years, Jamil’s Steakhouse has been the sole resident of a two-story house on N. Lincoln Boulevard. Originally opened by Jim “Jamil” Elias, it was given to his nephew Greg Gawey in 1976 under the condition that it remain open another five years. Well, it has been a bit more than that. For some of the finest broiler steaks at the best prices in the city, you should call a booth at Jamil’s home.

If it weren’t for the neon open sign in the window, people might still mistake the little blue-green house on Classen Boulevard as somebody’s domicile. But local slurp enthusiasts know it as Pho Cuong, home to some of the finest Vietnamese beef and noodle soups around. Get comfortable in a cozy booth and enjoy a plate of freshly fried pork egg rolls and some pho tai nam gau full of fatty brisket, eye round and flank steak.

J. Bruner’s at The Haunted House

How haunted is J. Bruner’s at The Haunted House? That depends on who you ask. The late owners, Art and Marian Thibault, purchased it at auction in 1964 after the deaths of owner Martin Carriker, shot by a .22 caliber rifle, his ex-wife Clara Carriker and his stepdaughter Margaret Pearson (who was acquitted of Martin’s murder). The venue has plenty of history from which new owner Patrick Boylan and head chef and general manager Cally Johnson can draw. 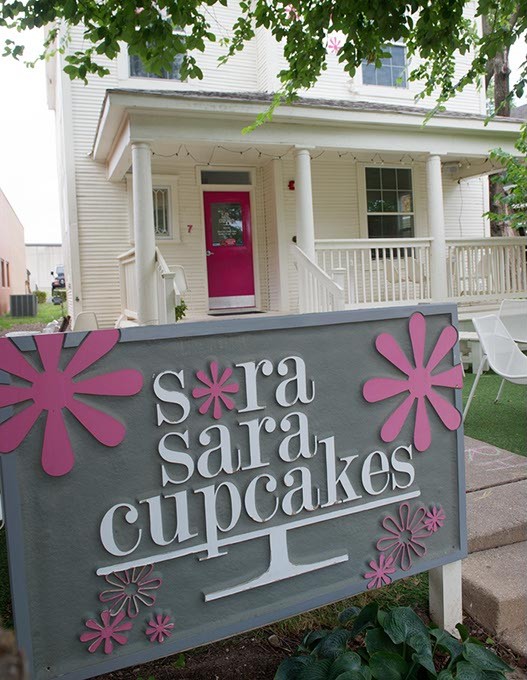 Ninth Street’s growing dining and retail hotspot just off Broadway Avenue used to be a little neighborhood with a few two-story houses right by the railroad tracks. One of those is where Sara Sara Cupcakes (and Pierre Pierre Crêperie) set up shop. You’ll be inundated with flavor combinations, both sweet and savory, but be sure to try one of the restaurant’s signature cupshakes, a cupcake blended into chocolate or vanilla ice cream.

The Stove of Eddie doesn’t have quite the same flair as El Fogón de Edgar, but no matter what you call it, this colorful little house is home to some vibrant Colombian food. The layout is familiar to anyone who has lived in an older house and includes a window to the kitchen from which you’ll often see the chef wave. This restaurant came by its “lived-in” feel naturally, which makes it easier to have a bite and relax.

Anyone wanting a fairytale setting for dinner can thank World War I soldier Bill Blecha for bringing home a dream from his time abroad. He and wife Opal built and lived in Blecha Kastle, inspired by the castles he saw in Europe. Years later, the magic continues as the residence was transformed into Castle Falls, a two-story restaurant featuring a continental European menu with American influences. 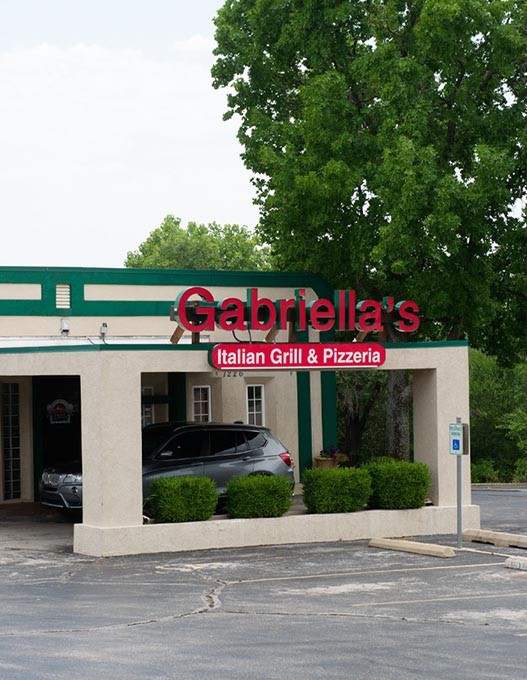 Long before Gabriella’s offered customers the flavor of classic homemade Italian cuisine, the building was a speakeasy with a shady past, including the discovery of a body in the servants’ quarters. Formerly Lincoln Tavern and Kentucky Club in the 1920s and ’30s, the spot was probably best known to modern residents as barbecue restaurant County Line until Gabriella’s Italian Grill & Pizzeria came along to revive the classic venue.