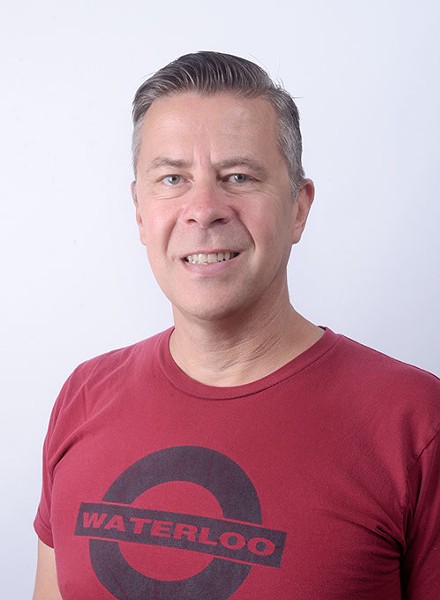 Editor-in-chief Jennifer Palmer Chancellor leaves Oklahoma Gazette this week as she takes on a new role as assistant director of public information for Citizen Potawatomi Nation.

Among other awards — including Chancellor’s 2016 first-place SPJ honor for her editorial commentaries that frankly confronted issues like teacher pay, addiction, suicide and the politicized fight to defund Planned Parenthood — Gazette photographer Garett Fisbeck also earned a 2017 Best of the Best award for his photographic portfolio.

“It’s been an honor and one of the most satisfying roles of my 20-plus-year journalism career to represent and work for Oklahoma’s largest independently owned newspaper. We’re all excited and hopeful about the Gazette’s future,” Chancellor said. “I wish my staff and former colleagues continuing success; our paths will continue to cross.”

George Lang begins his role as interim editor-in-chief Aug. 4. He has one of the highest records of recidivism in Gazette history, and this marks his third time to be officially employed with Oklahoma City’s weekly newspaper.

“Jennifer’s leadership during her four years with the Gazette has advanced the professionalism of our editorial staff and led our organization to greater accomplishments as journalists,” said Gazette publisher Bill Bleakley. “In an environment where independent professional journalism is being challenged on every front, we’ve been fortunate to have her guidance and direction. We now welcome back George Lang to the Gazette family as interim editor and look forward to applying his incredibly broad journalistic experience to the Oklahoma Gazette’s mission of serving Central Oklahoma’s quality of life.”

Lang began his journalism career here in 1994 and quickly built a reputation for sharp writing and considerable range as a reporter.

While probably best-known as an entertainment journalist, he has covered the full range of beats for the Gazette.

Over several decades, he has written tough-but-fair stories about local music and culture, profiled sports luminaries, logged in-depth pieces on both murders and media, covered city council, reported on the Alfred P. Murrah Federal Building bombing and the stories that evolved from it and covered both the divides and the commonalities of life in the city.

Along the way, he also spent a week in August wearing a bunny costume and dancing on the median at NW 25th Street and Classen Boulevard, just to see how people would treat him.

In between all of this, he worked for The Oklahoman. The first time was for two years before returning to focus on music and entertainment reporting. He then headed back to the state’s daily newspaper for about a decade, becoming its assistant entertainment editor, interviewing about 95 percent of film industry’s A-listers and hosting an award-winning video series about local musicians.

And now, after spending some time in public relations and the last two years as a contributing freelance reporter for the Gazette, he’s back on staff.

“Oklahoma Gazette shaped my view of what great local journalism could be — fearless but with an innate compassion for its community,” Lang said. “It feels magnificent to be home again.”

Lang lives in Oklahoma City with his wife and son.

Staff reporter Jacob Threadgill also joined the Gazette newsroom staff last week. He recently moved to OKC from Mississippi, where he worked as a digital producer and features writer for the state news daily, The Clarion-Ledger, in Jackson. He also is a former sports editor for The DeSoto Times-Tribune in Hernando, Mississippi, and a 2009 University of Mississippi graduate.

The Gazette is an independently owned, family-run alternative newsweekly founded in 1979 by local attorney and businessman Bill Bleakley, who still publishes the paper with his wife Linda Meoli.