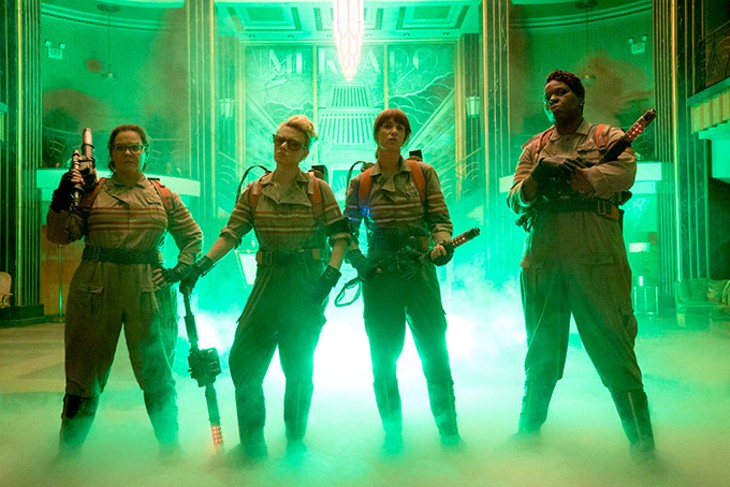 There’s a certain poetic justice when the villain of the remade and revamped Ghostbusters film is revealed as a nerdy loner who doesn’t much like women.

After the early word that the titular team would be an all-female cast of comedy heavy hitters, internet trolls emerged like a swarm of ghosts breaking through from the other side to haunt every mention and proclaim their childhoods ruined.

Perhaps they were afraid it would be nothing more than a “girls rule, boys drool” screed.

Though there’s a degree of girl power to the new film, it’s not misandrist. The characters just want to be taken seriously, regardless of gender.

But let’s stop talking subtext for a minute and get to the real question: Is the new Ghostbusters any good? Yes. It’s a bunch of funny people fighting ghosts in New York City. More jokes hit than miss.

The big names in the film are Melissa McCarthy and Kristen Wiig, who made Bridesmaids such an indelible and hilarious romp.

When the film starts, Erin Gilbert (Wiig) is a former believer in the paranormal who took her scientific acumen to Columbia University. The only problem is her past is haunting her just as she’s up for tenure.

Enter Abby Yates (McCarthy), a still-ardent believer in ghosts who was unceremoniously dumped by Gilbert years ago after they wrote a book together.

When the book starts popping up at Columbia, Gilbert goes to confront Yates and meets her new partner, Jillian Holtzmann (Kate McKinnon from Saturday Night Live).

A deal is struck that leads Gilbert back into investigating ghosts, and when they find one, her world topples.

There is plenty of humor to be mined from the formation of the team, including Saturday Night Live’s Leslie Jones as Patty Tolan and a scene-stealing Chris Hemsworth (Thor, Rush) as Kevin. But once things get moving, it quickly becomes a fairly action-heavy flick.

It doesn’t all make sense, necessarily, but it’s so much fun, the viewer won’t really care in the moment.

And that is the key to enjoying the 2016 Ghostbusters — watching the movie in front of you. If there was one criticism that could be leveled at the Paul Feig-directed film, it’s that it pays almost too much homage to the 1984 original.

Jokes about recreating the iconic logo and cameos by previous cast members elicited cheers from the audience, but those touches had an air of inevitability about them, and I fear they won’t age well.

That is to say you should go see this movie in the theater.

The giant screen, the darkness and the camaraderie of an audience buoys the film during slow segments and intensifies during the action scenes.

It might be hard to picture Wiig as an action hero, especially as some of her recent films (Welcome to Me, The Skeleton Twins) have turned to drama, but it’s equally as ridiculous to think of Bill Murray (Peter Venkman in the original) as the heroic type. It works because they’re both great actors. They know how to commit. 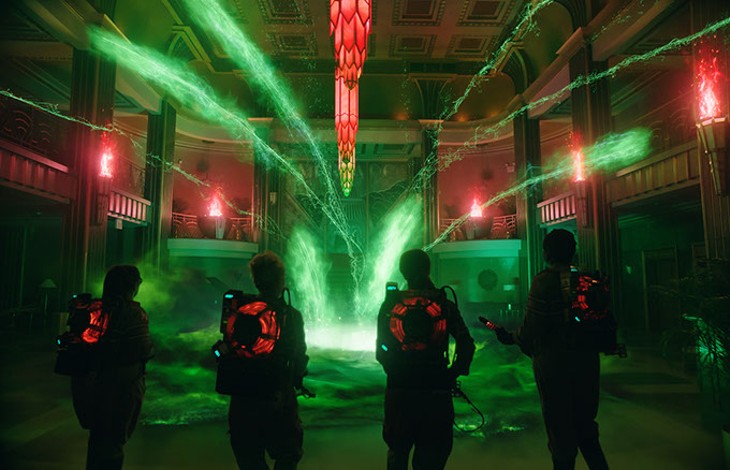 By far, the wildest performances in Ghostbusters are from McKinnon and Hemsworth. As brilliant-but-unhinged Holtzmann, McKinnon provides a lot of the early attitude and downright hilarious moments. She, more than anyone, carries the Venkman role, adding cutting sarcasm and levity to every scene.

Hemsworth goes all-in for Kevin with a physicality and general air of confusion that make him irresistible to watch.

For those who don’t think women are funny or are somehow upset that Ghostbusters 3 with the original cast didn’t happen, it’s okay to skip this one and just re-watch the original. But anybody looking for a laugh, some great visuals and fun, intense action scenes, the new Ghostbusters is a solid choice.

And with luck, the new film will lead people to rediscover the old one. Separate, but connected, there is a lot to love about both Ghostbusters, regardless of which bathroom you use.

Print headline: Ain’t afraid, Action-heavy comedy Ghostbusters puts worries about a remake back in the grave.