A new program transforms an old shelter into a one-stop-shop for parents working toward family reunification.

Nicole Lopez is no longer the perfect wife of her soon-to-be ex-husband. She no longer feels the need to rise up to his high standards of perfection with high-dollar labels, fresh haircuts and fancy cars. She is lately, she admits, a little messy and with a confession that surprises even herself, she said, she’s proud of that.

From the outside, Lopez’s friends would not have known she was in a tumultuous and abusive relationship that would lead to a meth addiction, arrest and the removal of her children from her care.

Her estranged husband, a businessman who moved to Los Angeles with Lopez and their children a few years ago, was all about keeping up appearances, she said. Their life seemed perfect to friends, but the walls within their home heard a different story.

“He was the most courteous and kind man I knew,” Lopez said, “until I found out he was cheating on me.”

In 2012, Lopez discovered that her ex had been engaging in a string of affairs. Once she confronted him, she said, their fairy-tale romance turned ugly and the man Lopez once believed was her perfect match turned physically and verbally abusive.

With virtually no resistance from her ex, Lopez took her kids back to the family’s beginnings in Oklahoma. The children’s father stayed behind in L.A.

“Once he knew that I knew who he really was, he wanted nothing to do with us,” she said. “He didn’t try to stop us from leaving, to come with us or even to check in on us.”

Without any remaining family in Oklahoma and while suffering from the depression that followed the demise of her marriage, Lopez tried to get sober as a single mother in Oklahoma.

However, her plans for an easy transition were disrupted when she was arrested last year.

Fearful and frustrated, Lopez viewed the Department of Human Services (DHS), who removed her two minor children from her home following her arrest, as the enemy.

“That’s the view most parents have of DHS,” she said. “These people want to take my kids away from me and they want to sell them to someone better.”

She fought the enemy, she said, learning the ins and outs of a system she planned to defeat, until she saw it from a new perspective altogether. 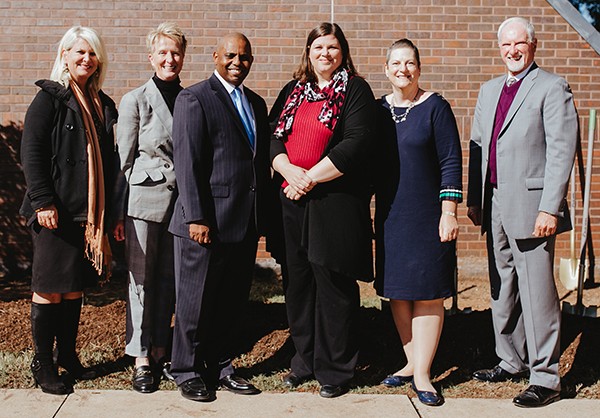 Lopez was introduced to a DHS caseworker, an affiliated healthcare provider, a therapist and a support group instructor. She was given a plan that included random drug testing, parenting and domestic violence classes and therapy sessions and was told she would need comply to regain full custody of her kids.

She followed the rule religiously. Sometime during the program, she broke down to her caseworker and a team at DHS she was beginning to rely on.

“I just let everything out,” she said. “I was completely honest. It was a confession of, ‘Here is what I’m up against, here are the demons I am fighting, but I will do anything you ask of me to get my kids back.’”

Through her DHS-recommended therapy sessions, Lopez learned that the enemy she was fighting was herself.

Lopez’ case worker introduced her to Family Tree, a new organization within DHS that houses resources for families all under one roof so biological parents don’t have to visit dozens of different places while attempting to regain custody of their children.

“Before this,” Family Tree director Georgeann Duty said, “we had all of these little silos around the city. After taking a closer look into the system, we discovered that the distance between each silo created a barrier to communication between organizations. That barrier, in turn, made it more difficult for biological parents to navigate the system and receive the resources they needed.”

“I remember my mindset shifting. I went from assuming that these people were out to get me to wondering if maybe they really did want me to succeed.” —Nicole Lopez tweet this

Silos, Duty said, are parts of an organization that are spread out and operate independently from one another despite a common purpose.

With the creation of Family Tree, services like counseling and medical treatment are offered to children while counseling is offered to parents along with parenting and cooking classes and tailored guidance from case managers.

Best of all, Family Tree and OU pediatrician Deb Shropshire said, is that foster parents, children and biological parents now have a comfortable and accessible meeting place.

“A lot of families would meet once a month at a fast-food restaurant,” Shrophsire said. “Family Tree offers families the option to meet at a place that feels like home.”

A Family Tree prototype was launched within a small office building across the street from the Juvenile Center in Oklahoma City a little over a year ago, DHS spokeswoman Casey White said. During its one-year trial study, Duty said, Family Tree saw an increase in family visits, with the number of visits often doubling those seen outside of the organization.

On Oct. 11, organizers announced that the prototype will move to the old Pauline E. Mayer shelter, where it will remain permanently beginning in Summer 2019.

With a larger complex, White said, Family Tree will be equipped to serve additional families.

Through Family Tree’s parenting classes, Lopez said she learned positive ways to correct the violent behavior she’d seen her son learn from his father and how to effectively discipline her children in ways that would encourage positive behavior.

Perhaps most surprising to her, she said, is that she learned to trust herself again and the team of women behind her at DHS.

“I remember my mindset shifting,” she said. “I went from assuming that these people were out to get me to wondering if maybe they really did want me to succeed.”

White said she hopes Family Tree will help remove some of the negative stereotypes biological parents hear about DHS.

The conversion of the Pauline E. Mayer building from shelter to resource center is symbolic, she said, of a new chapter in DHS history.

“The nation as a whole is moving away from shelters and towards foster homes. We are not this system in Oklahoma that uses shelters anymore and we have never been in the business of wanting to take kids away from their parents. What we really want to be is a support system for biological parents who want to better themselves to regain custody of their kids; we want to be their cheerleader,” White said.

Lopez’ DHS caseworker stood beside her during her final court appearance.

Holding her breath and fearing the worst, Lopez said she was thrilled when the judge awarded her full custody of her children and then asked if the court could use her story and photo as an example for other parents.

It wouldn’t be a perfect picture, Lopez said, but rather one of a woman whose tears of joy were streaming down her face and who wore the everyday clothing of a working-class mom. She wasn’t her ex-husband’s perfect wife, Lopez said, but she was a mom on a mission who had made friends with some of the best people in the state of Oklahoma.

Upon hearing the judge’s decision, Lopez said, her DHS cheerleader, along with a full courtroom, stood up to applaud.