Glitter Ball now open to all in OKC 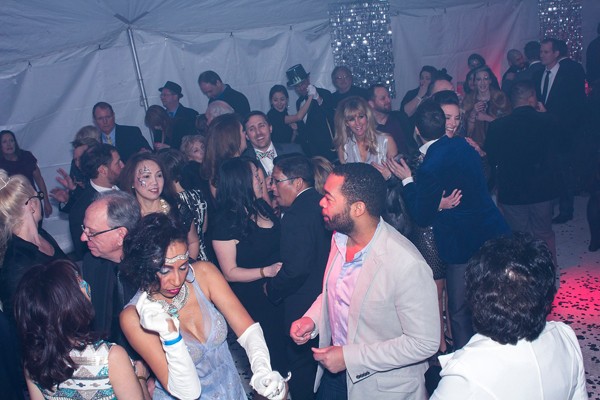 With a widened scope and increased name recognition, Glitter Ball marks its repurposed return this winter.

The mission of Glitter Ball is fun, and it’s an overstimulating night packed with entertainment, said Kindt Steven Myers, the event’s executive producer.

“There’s no heartstring story being told. There’s not a survivor onstage,” he said. “There’s no sad moments, where a lot of times those are involved in the fundraising process.”

Instead, it features art auctions organized by and benefiting Girls Art School. Proceeds from a special “golden ticket” raffle also will benefit the school, which is in its first year of operation after launching a successful pilot program.

“I thought I wouldn’t have a friend in sight at Dunlap Codding because of what all we did,” Myers said, “But in fact, Dunlap Codding called and said, ‘Hey, would you do that party again if we helped you sponsor it and we could help name some beneficiaries?’”

“It allows one single night to impact three major organizations,” Myers said. “We have arts, we have family services and we have arts education, so I think it’s just huge.”

Originally intended to be a one-off event, it soon became apparent that organizers found a winning formula that brought together a mixed demographic of “starving artists” and millionaires, said Myers, who organizes events through his KINDT Events company.

“Some of [the events], people say nice things about, and that’s lovely, but this was on another level,” he said. “People had such a fun and great experience that they felt like they were taken out of the city — they were in another state; they were in a different group.”

“Last year, everybody had to expect the unexpected because we had never done it before,” she said. “This year, there’s a little bit of expectation, there’s a little more structure, but we still have those elements of surprise built in.”

“I think as it is getting closer, people are thinking about it,” she said.

Stephanie Peña, event co-organizer with Myers, said the first party, while successful, was mostly limited to deadCENTER community members. The new Glitter Ball, however, is open to everyone.

And like its predecessor, this year’s event features suspended aerialists, igloos and a wide range of performers. Entertainment includes cover bands and comedy from Spencer Hicks, as well as a number of surprises planned by event organizers.

This year, the party also doesn’t focus so much on Scaramucci’s age, but she’s OK with that. Instead, she’ll co-host with Lance McDaniel, deadCENTER arts director. Glitter Ball also is part of the Downtown in December series of holiday events and attractions that run through this month.

Myers said the ball will have an organic feel.

“It’s not a gala where there’s a plated meal and there’s not a program,” she said. “I think that it’s a draw that it’s kind of continuous.”

Glitter Ball tickets range from $37.16 (for dance party admission only) to $189.53 VIP, which includes a swag bag, VIP seating and a premium, dedicated bar. Find tickets at kindtevents.com/project/glitterball and eventbrite.com or in person at IAO Gallery, 706 W. Sheridan Ave.

Arrive early for Christmas with Santa, a free, family-friendly celebration taking place before the ball in the Dunlap Codding courtyard, 609 W. Sheridan Ave.

It includes crafts, an appearance by Frozen’s Elsa and other youth-oriented activities.