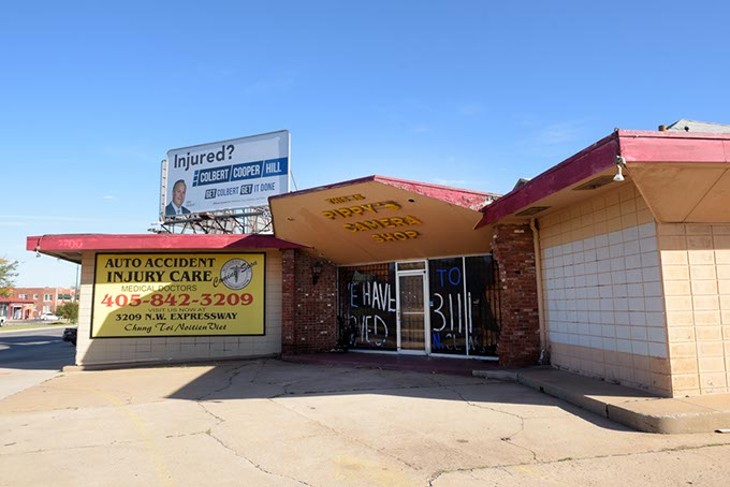 Pipkin Cameras moved across the street decades ago before permanently closing its doors in 2010. Golden Phoenix has happily used the building’s empty parking as an overflow lot for its frequently busy Vietnamese and Chinese restaurant at 2728 N. Classen Blvd.

As useful as the additional parking has been, Golden Phoenix owner Larry Lee has bigger plans — three-story-tall plans. Once the area is cleared, the restaurant begins an unprecedented expansion to more than double the size of the dining room and give the Asian District a signature structure. Xa said it will also be a local event hub.

Currently, Golden Phoenix seats about 200 people, but Xa said it gets frequent calls for parties more than twice that size.

With construction of a three-story addition, the dining room alone would grow to accommodate another 500 guests. A party that size wouldn’t shut down the restaurant for other diners, because the second floor of the new building will be dedicated to banquet space.

When news of the planned expansion was announced, Xa said many customers were excited about the prospect of hosting large parties in the new space.

If all goes according to plan, the new Golden Phoenix banquet area will house parties with as many as 700 guests.

One thing that doesn’t need to grow, however, is the menu. Focusing on Chinese barbecue and classic Vietnamese fare, the Golden Phoenix menu has been tested and refined over a number of years. A key to maintaining customers over several years, including when the restaurant was closed in 2012, is focusing on making food fresh to order.

The menu will stay mostly the same, Xa said. Given the number of customers lining up to order lunch at 10:30 a.m., that’s probably a good idea.

What a difference five years makes.

In 2012, some in Oklahoma City worried Golden Phoenix might be done for. A fire caused by a blown transformer Jan. 11 put the next-door restaurant and Chinatown Supermarket, 1228 NW 27th St., out of commission for months right before Chinese New Year, one of the biggest holidays of the year for both businesses.

Xa was working at the restaurant during the fire, when sparks combined with 60 mph winds to create a devastating blaze. Just like its namesake, fire was a rebirth.

Months after closing, the eatery reopened with a streamlined kitchen, a renovated dining room and customers eager to taste the restaurant’s fresh fare.

Though it was tough for a short time, the blaze hasn’t slowed down the restaurant or the grocery store, which is also owned by Lee.

“We’ve grown a lot since then,” Xa said. “Having the market next door makes it easier for us to keep our prices low and our food fresh.”

While many restaurants struggle with issues of stocking ingredients, Xa said Golden Phoenix chefs can get what they need when they need it without worrying about food going bad. That will be even more important after the expansion, because the kitchen is primed to get three times larger to keep up with demand.

Xa said he also looks forward to the addition of a wet bar, private rooms for guests and even a Cajun-focused crawfish restaurant attached to Golden Phoenix. And there is talk of putting retail space on the third floor.

All of the plans are still pending city approval and permitting, but Lee is visiting China right now, shopping for furnishings for the new building.