Casting notices for Martin Scorsese’s Killers of the Flower Moon and Jesse Eisenberg watching a Thunder home game with Mayor David Holt seem to indicate Oklahoma’s status in the film world has noticeably improved from the days when the state served as the launchpad for Twister’s flying cow.

Fox 25 credited the recent upswing to the fact that the “Oklahoma Film Enhancement Rebate Program offers a 35 percent cash rebate, which is now the highest in the nation.” The rebate — which applies to films with budgets of at least $50,000 that spend at least $25,000 in state but has an annual cap of $8 million total distributed on a first come, first served basis — offers an incentive for big Hollywood films such as Killers of the Flower Moon (starring Leonardo DiCaprio and Robert De Niro) and Stillwater (starring Damon and Abigail Breslin) to shoot in Oklahoma, but these headline-grabbing productions setting up in the state gives local filmmakers incentive to keep shooting here.

“It’s bringing more attention to filmmaking in Oklahoma in general, just the idea,” said Jacob Leighton Burns, co-founder of Planet Thunder Productions and writer and director of upcoming sci-fi feature Shifter. “While the film industry here is definitely growing and thriving, there’s a lot of people who don’t even realize movies are made here at all. So whenever these really, really big guys come through, Scorsese or Matt Damon, it just brings a lot more attention to it, and people can actually see how it can benefit the economy and businesses and how much money it brings in for them. Plus it’s just exciting to go to a theater and see locations that you drive by every day on the screen.”

“I think it makes everyone, crew and cast, a little hungrier than we would be if we didn’t have that stuff coming through,” said Reece, who plans to begin shooting another film in January. “You’re not just spinning your wheels. Something’s happening here, and what you’re doing is legitimate.”

Writer and director Cate Jones, whose film She’s the Eldest is currently in post-production, said the local film scene, which has improved in quality in recent years, could use that additional encouragement and attention.

“I still feel like there’s a lot of people who have no idea that there are local films being made, and I don’t really know what we’re needing to bridge that gap between the audiences and the filmmakers,” Jones said. “Theaters are kind of not a central part of people’s schedules anymore because everyone’s so busy all the time.” 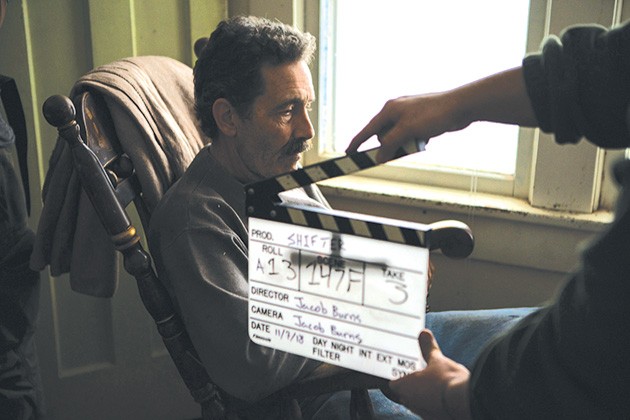 “Once digital hit, I think our local scene kind of really took off, just like a lot of local scenes did,” Burns said. “It just kind of exploded. The production quality has gone up. I’ve been going to deadCenter almost every year, since film school for sure, and it’s kind of amazing just seeing the bar being raised in the quality of films that are coming through there, especially the ones coming from Oklahoma. It’s really exciting. It’s just getting bigger, and the filmmakers are getting better. … Things like deadCenter and other film festivals have really kind of opened up the general populous’ eyes to the cool stuff that’s happening here in the industry.”

Alyx Picard Davis, deadCenter’s director of festival and operations, said the festival, which celebrates its 20th anniversary next year, has expanded along with Oklahoma’s film and arts scenes.

“We went from 50 people watching a film at Oklahoma Contemporary [Arts Center] at the state fairgrounds to 35,000 people who get together for a crazy weekend downtown,” Davis said. “The film scene, the art scene, pretty much everywhere, we’ve seen that growth, that community engagement. Downtown is much more alive today than it was even 15 years ago. We’re very lucky that we partnered with the Film + Music Office and we get to see what they’re doing and we get to help, and they get to see what we’re doing and they can come in and help. They have been very, very actively working to cultivate a film industry here in Oklahoma, and I think we’ve seen some of the fruits of that labor right now. … It’s really exciting to see some of that pay off, and it’s even more exciting to dream about what those opportunities are going to do for us in the future.”

In 2019, Davis said, the festival featured more than 130 films, including an increased number of state premieres, a record number of short films and expanded high-tech offerings such as virtual reality in its ongoing effort to answer “the eternal question of, ‘When you’re able to watch just about anything on Netflix or Disney+ or whatever, how is a film festival relevant?’” As the number and quality of submissions to the festival increases, Davis said “it’s getting harder as an Oklahoma filmmaker to get into deadCenter.”

“We definitely make it one of our goals to highlight the best in Oklahoma film during the festival,” Davis said. “We’re not the Oklahoma Film Festival, so we’re not just going to only show Oklahoma films, but we do consider them with a similar lens to any submission, and as much as we can spotlight, we want to. What I will say is the quality of those films, the quality of that storytelling, has really gone up tremendously, even in just the past five years.”

Reece credits some of the increased quality in recent local films to an increasing diversity in local filmmakers.

Writer and producer Nicole Jocleen — whose production company Devoted Media Group is currently working on  “Get Over It,” director Jay “Videohero” Rid’s short thriller about the negative effects of unprocessed trauma — said she has seen more African American Oklahomans become involved in film in recent years. 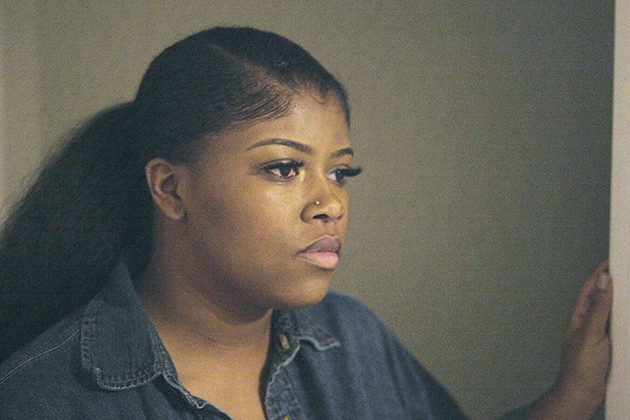 “Now there’s avenues for it, and there’s actually more of a scene,” Jocleen said. “I know there were people doing film before, but now I can see people taking it more seriously and willing to give that credit back to Oklahoma City and spotlight their city through their work.”

The 48 Hour Film Project and local screenings hosted by Oklahoma Film Society provided Jocleen and Devoted Media with networking opportunities that have helped establish them on the scene.

Davis, who was working to help set up last week’s Oklahoma Film + Music Conference at the time of this interview, said putting local filmmakers together is vital for the scene’s evolution.

“Getting people who are interested in the same thing in the room together creates such great ideas,” Davis said. “That’s something that I love about Oklahoma in particular is you can put five people in a room, and they’re not just going to have shallow conversations. They’re going to talk about, ‘How can we change the face of the city?’”

Burns, who feels a sense of “friendly competition” with Reece, said the increased quantity and quality of local films serves as motivation.

“Other people doing great work makes me feel like I need to work harder and pushes me to, hopefully, make my own work better,” Burns said. “It’s inspiring to me to see a lot of the kids in film school now who are making things way better than any of the things I was making in film school, so it’s just exciting because who knows what they’re going to be making 10 years from now? Hopefully some really, really cool stuff.”

But more films being made in the state can also mean more competition for crew. While filming Shifter, Burns experienced scheduling conflicts with his 10-person crew. Jones reported similar issues, but neither was prevented from filming.

Brian Gililland, who has worked in the sound department for local and larger-budget films, said Oklahoma has more technical crew positions opening than it can fill with local talent.

“We want to keep our filmmakers here,” Davis said. “We want them to work here, which means we have to bring projects here, but we also have to make sure that we have enough filmmakers here to support projects that are coming in.” 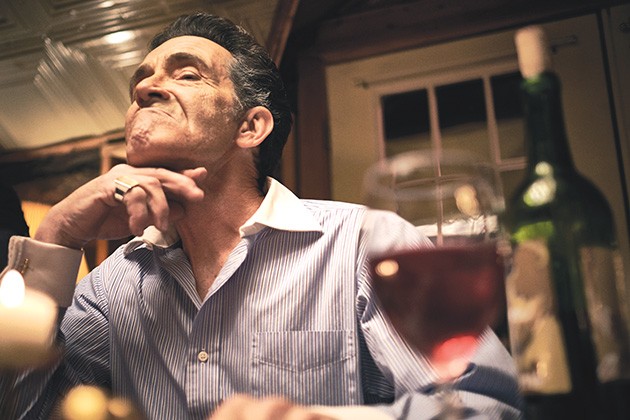 The recent influx of high-profile films has given local filmmakers more reason to remain in the state. Jones, who is currently attending film school in Atlanta, said the increased opportunities available in Oklahoma make her consider moving back, and Gililland — who also makes films, sketches and The Okie Show Show podcast — said the “pretty steady uptick in work” allows local professionals to continue living in Oklahoma while working on their own creative projects.

“The fact that you can not just make a living but actually make a decent living now as a freelance filmmaker is really something,” Gililland said. “When you freelance, you go a million miles per hour, and then you finish a feature, and then you’ll have all this free time until the next job comes in. So I’m always working on my own stuff. I have a podcast and films that I produce and all that, and a lot of people do the same thing.”

In addition to the need for more local crew, Gililland said the film rebate program’s annual $8 million cap might discourage big-budget films from shooting in Oklahoma.

“Right now, we’re kind of a hotbed for low-budget features, which is good and dandy,” Gililland said, “but if we could raise the cap on the rebate, then that would free up more rebate money that would help support larger scale projects, which in turn gives us more union work experience. It gives us more of a place to build soundstages and expand.”

“It’s always a struggle when you’re looking for funding,” Burns said. While we did raise more money for Shifter on our Indiegogo than for Electric Nostalgia, it’s still just as much of a struggle to get there. In some ways, I think, people are burned out on crowdfunding. … You just have to build a body of work and hopefully attract the attention of someone with money who’s willing to invest. That’s the hardest part.”

While more attention on Oklahoma’s film scene is good for local filmmakers, Reece warned against elevating the stakes for projects to anxiety-inducing heights.

“A lot of filmmakers come from film school, and the way they teach you how to do it is the opposite of making art projects with your friends,” Reece said. “That was my film school — making art projects with my friends, and then they became movies at some point. I definitely always hammer that home to other filmmakers whenever they’re talking about making a movie and they’re having trouble at some stage of getting the movie made. I’m always just like, ‘What’s the problem? You’re just making an art project with your friends.’ I think simplifying it is probably my strong suit, so I spread that to everyone else if I can.”

Burns said seeing Oklahoma filmmakers Reece and Sterlin Harjo (Barking Water, Four Sheets to the Wind) — who is currently working on the upcoming Oklahoma-set series Reservation Dogs with Taika Waititi (Jojo Rabbit, Thor: Ragnarok) — return to the state after finding success outside of it is encouraging.

“It’s cool that these filmmakers, these Okies, are breaking out, and then even if they go elsewhere, they end up coming back, which is very exciting,” Burns said. “Hopefully that continues. It’s kind of inspiring to me. It is possible. We can do this. If they can do it, hopefully we can do it, too.”