Time is expiring for Oklahoma City’s aging mechanical parking meters as the city pursues a plan to modernize street parking, part of a national curbside-parking trend, as coin-operated meters become a thing of the past.

In December, Embark — the city’s transit and parking department — began installing hardware and software for a high-tech meter system on existing kiosks. The new system, referred to as “pay by plate,” requires on-street parkers to enter their license plate numbers at a nearby kiosk and then pay with a credit card or coins.

“It was all a matter of convenience,” said Cory Hubert, the city’s parking services manager, during a Dec. 20 interview with Oklahoma Gazette along Park Avenue, where the city first upgraded parking kiosks with the new technology.

The system replaces the “park, pay and display” system that was introduced to downtown parkers about five years ago. Parkers paid for their parking at the kiosk and then returned to their vehicles to display the printed receipt. The city’s digital parking upgrades only went so far, and hundreds of coin-only meters remained along Bricktown streets and in Midtown near St. Anthony Hospital.

Under the pay-by-plate system, the extra walk back from the kiosk to the car is eliminated, one of the many additional perks for parkers, Hubert said. During a second phase of the upgrade, the city will pursue a parking app that will allow parkers to make payments using their smartphone. It could also send reminders of when the time is expiring, allow parkers to pay for additional time or receive directions to where their vehicle is parked.

Oklahoma City is far from alone when it comes to U.S. cities retiring coin-operating meters and replacing them with digital kiosks. In 2006, New York City withdrew its final mechanical parking meter. In cities like Los Angeles, Chicago, Houston, San Antonio and Dallas, it is common to see high-tech meters and systems similar to Oklahoma City’s new endeavor.

“Five years ago, when the decision was made to go with pay and display, pay by plate had just started to come out,” Hubert said. “Now, the parking industry feels comfortable with the technology. It is an appropriate time for implementation.”

Oklahoma City’s on-street parking advancements come at a time when the city is a year away from operating a downtown streetcar and at a time when an increased number of individuals are living in and moving to downtown, Bricktown, Deep Deuce, Automobile Alley and Midtown. The kiosks could end up selling more than just curbside parking.

“It is expandable and lets us do so much more,” said Michael Scroggins, Embark’s public information officer. “It gives us the foundation so that down the road — because we are going to be using a very similar ticket vending machine for the streetcar — you could also purchase a ticket for the streetcar. What we are doing today sets the groundwork for that expandability, even into multi-modal options.” 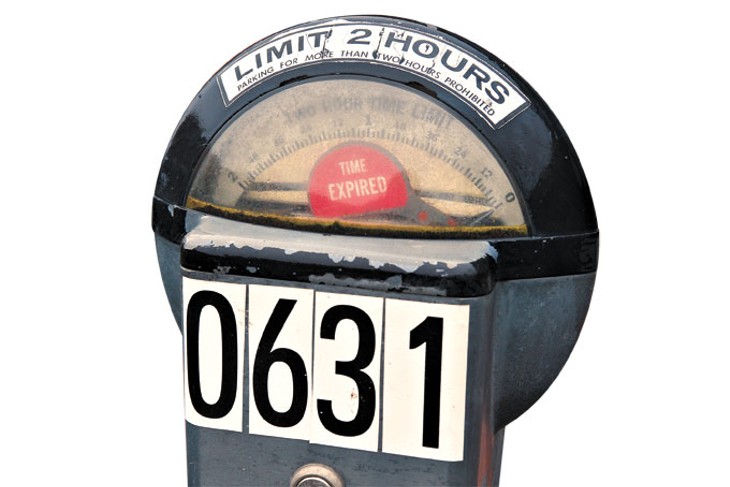 Modernization has its drawbacks.

In Oklahoma City, where Carl C. Magee and a group of Oklahoma State University professors and alumni invented and introduced the first parking meter in 1935, the demise of the mechanical meters comes with pangs of nostalgia for some residents. The meter was introduced following downtown parking congestion where spots were occupied for long periods of time and prevented others from parking close to stores and offices for quick trips, according to Oklahoma Historical Society.

Following the initial success of the Oklahoma City parking meter, cities across the county began to install similar meter models.

“We’ve had a lot of people ask,” Hubert said of the public’s interest in what will happen to the last of the mechanical coin meters. “Myself, I’ve been asked by 10 to 20 individuals who want one.”

The remaining mechanical coin meters only go as far back as the 1960s and ’70s, Hubert said. The city plans to place the meters in storage and eventually sell them as surplus property through a government auction service online. Hubert warns that those who want a meter will likely be bidding against smaller cities that seek the used meters for parts.

Mechanical parking meters are hard to come by, even used, he said.

Although the digital parking kiosks are very different from the original mechanical coin-operated meters, they do share one thing in common: coins. The city has no plans to do away with accepting coins for payment. Parkers can still insert a coin, just like in 1935. 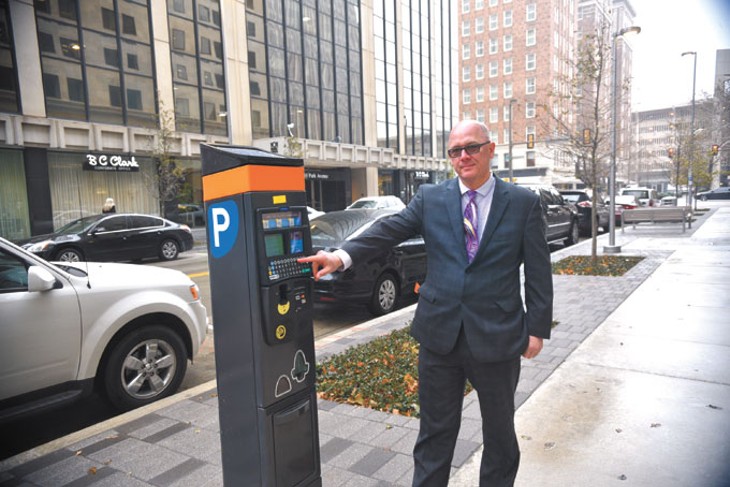 The modernization of the city’s parking systems also includes new equipment on enforcement vehicles. The vehicles are now equipped with cameras to scan license plates of parked vehicles to determine whether a parker has paid to park or if time has expired.

If a parking session is expiring or a license plate is not in the system, a parking enforcement officer will stop and write a ticket.

“Right now, what they are doing is driving by and looking at each windshield, trying to read the little posted sticker or trying to read single-space meters if they are red or not,” Hubert said. “There are no staffing changes. It is just better enforcement and utilization. The folks will be able to cover so much more territory during their shifts.”

The city anticipates increased parking revenues through the new system, which eliminates the opportunity for parkers to pull up to a coin-meter with excess time or share sticker receipts. Now, a parking purchase is only valid for one vehicle.

The rising cost of curbside parking is intended to drive parkers towards parking garages, cutting down on downtown traffic as parkers look for available on-street parking and curbside spots are left open to those making small in-and-out trips to offices, restaurants and shops.

“What we are trying to do is put people in a garage when they need to be,” Scroggins said.

The old and the new systems have another thing in common: freeing up more on-street parking.