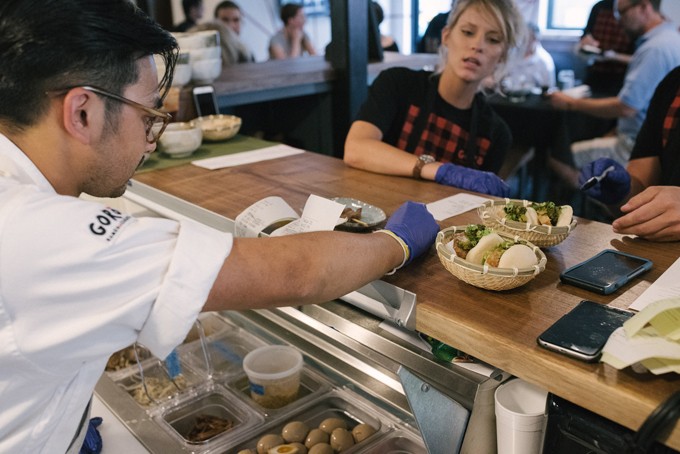 Maybe July isn’t the ideal time to open a restaurant that sells hot soup in the middle of Oklahoma City, but passersby were clearly interested in coming into Gor? Ramen + Izakaya during its soft opening last week.

The new restaurant at 1634 N. Blackwelder Ave., Suite 102 opened Friday and is a collaboration between friends Rachel Cope of Empire Slice House and Jeff Chanchaleune, former partner and one of the founders of Kaiteki Ramen food truck.

“Kaiteki was a starting point,” Chanchaleune said. “The truck really helped test out the idea of the ramen shop in Oklahoma City.”

Once he saw the enthusiasm was there, he began work on a brick-and-mortar shop. To prepare for it, he and Cope put on 12 pop-up ramen dinners and three private events under the name Project Slurp.

“We wanted to gauge the excitement, the need, the want,” he said.

The dinners sold out almost instantly, giving the pair an eager audience on which to test different ramen styles and ingredients, Japanese-inspired cocktails and a variety of appetizers.

When it was clear the concept and the recipes worked, they spent nearly a year finding the right location and another six months on construction.

“The wait was hard, but I’m glad we had that time,” he said. “We were able to finalize and really hone down the style, the feel, the atmosphere, everything.”

Inside, the shop is small, with a bar top and stools and several tables filling out the dining area. The idea is to mimic the hustle and bustle of the busy ramen shops Chanchaleune and his wife visited in Japan.

The limited seating makes the shop feel alive. And when it pushes customers to wait, there’s an outdoor alley with cocktail service.

The drinks are the work of Cope, who tested the drink menu throughout the pop-up shops. Chanchaleune said he thinks the cucumber chuhai — a cocktail of shochu, cucumber, sparkling water and lemon — and the shandylike Dragon will be popular during the scorching Oklahoma summer.

He’s also looking forward to the reaction to his wontons and the chicken skin chip on the appetizer menu, though the latter will be in short supply. 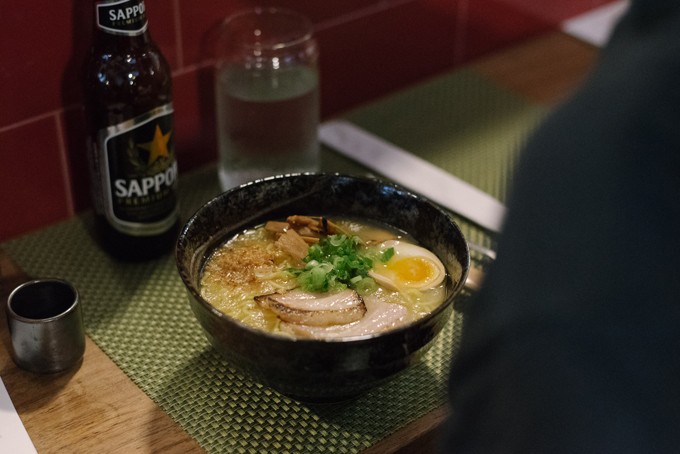 “That is going to be really nice, but we’ll have a limited quantity because of cooking space,” he said. “We don’t have the capacity to bulk produce those, and they don’t keep very long.”

It’s similar to the reason he’s waiting to add Japanese dipping ramen, tsukemen, to the menu. It’s a two-day process to create the intensely flavorful thick broth, and he won’t take any shortcuts.

“When I tried that broth in Japan, it was like a lightbulb went on,” he said. “I knew that was the broth I wanted to serve, but it takes a lot of love and attention.”

The restaurant will also serve tori paitan ramen with a rich chicken broth and pork belly and a vegan yasai ramen with tofu and roasted mushrooms.

Anyone reticent to get soup in the summer will find the menu has plenty more to offer. Nikuman are steamed buns filled with pork belly, chicken or tofu. Chanchaleune spent months perfecting the recipe to produce tender, taut buns. But the real star is the filling. The tofu nikuman is wrapped around tofu, pickled cucumbers, fried shallots, green onions and an intensely delicious mushroom sauce.

After years of effort, though, he’s just generally excited to be open for business. And, as evidenced by the people peeking in the restaurant’s windows in the heavily trafficked Plaza District, he’s not the only one.