Grant helps ReMerge get prison-bound mothers back on right track 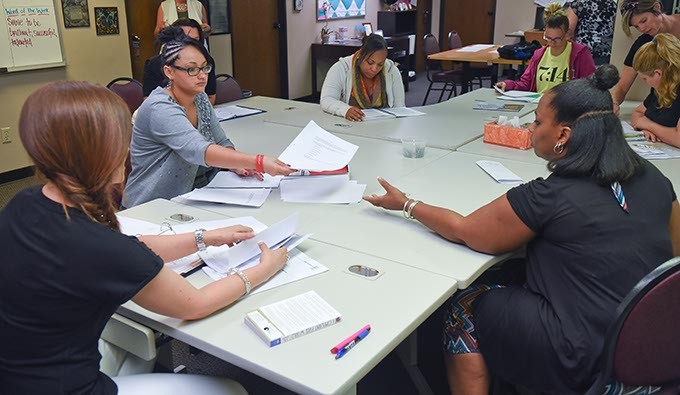 The Sooner State has the highest incarceration rates for women in the country, and many are locked up for nonviolent offenses, according to the Oklahoma Commission on the Status of Women.

It is the women behind those statistics that create a need for programs like ReMerge, which is designed to help pregnant women and mothers facing incarceration become productive members of society.

“There is a great need in the state of Oklahoma, especially in Oklahoma County, where we have a large population of individuals, to have some kind of alternative to keep these women in the community with their children,” said Terri Woodland, the program’s executive director. “[Oklahoma] incarcerates at twice the national average. That has not changed for the past 15 years. We remain pretty consistent in that statistic, unfortunately.”

ReMerge identifies mothers before they are sentenced and, instead of going to prison, those women are allowed to join the program for a minimum of one year. Through intensive work, they begin to remove the “barriers that women face in trying to raise children alone,” Woodland said.

Since its inception in 2011, ReMerge has successfully transitioned numerous mothers from poverty and drug use to sobriety through its three-pronged approach of having the women commit to the program long-term and pushing away obstacles that would stop them from healing. The third approach is through the program’s partnership with the community, specifically with the district attorney and the public defender’s office, as well as the Oklahoma Department of Mental Health and the Oklahoma Department of Corrections.

ReMerge requires the women to work hard, but it offers them a lot in return, Woodland said. For example, the organization provides a rent-free shelter for the first half of the program.

“We provide transportation to and from the program every day. We provide housing for the first half of the program so they don’t have to worry about paying rent and they can really focus on treatment, on themselves, on their GED,” Woodland said. “We really give them the time to make major changes in their life.”

Programs like this cost money, however, and ReMerge, through a mixture of private and public dollars, has managed to continue. However, a recent award from the Ken and Gae Rees Family Fund at the Oklahoma City Community Foundation Grant, will finally allow the program to institute new ideas designed to end generational poverty in the metro.

“That sounds like a huge task, and it is, but the goal is to make an impact with the families that we work with who live in poverty to help them move out of it into middle class or a more comfortable socioeconomic level of being,” Woodland said.

With the help of the $500,000 grant, ReMerge plans to hire a home-based therapist who will go to clients’ houses and work with their schedules. They also intend to implement Celebrating Families, a 16-week course dedicated to strengthening the family unit, helping kids learn about substance abuse and addiction and addressing the family as a unit.

ReMerge also hopes to utilize poverty specialist Ruby Payne’s Getting Ahead in a Just Getting By World course, which is designed to bring people together and give them the tools to figure out what they need to move out of poverty.

Woodland said one of the goals is to make these programs self-sustainable so when the three-year grant ends, ReMerge can continue these services.

Woodland will join former Oklahoma Speaker of the House Kris Steele, Chief Operating Officer for NorthCare Sarah Rahal and fellow ReMerge employee Lauren Mullins at the University of Central Oklahoma’s (UCO) Institute of Hope panel discussion, Rehabilitation versus Incarceration in Oklahoma. The discussion will cover incarceration in Oklahoma and how alternative programs have been implemented to provide rehabilitation rather than incarceration, according to a media statement.

Print Headline: Rise above, A grant helps ReMerge get prison-bound mothers back on the right track.

Rehabilitation versus Incarceration in Oklahoma