Dozens of bills introduced in the Oklahoma Legislature seek to refine and enhance marijuana laws. 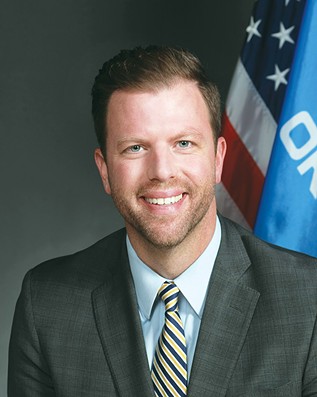 The Oklahoma legislative session begins next week, with dozens of bills regarding the newly formed medical marijuana industry before lawmakers.

Many of them are shell bills, meaning they contain no meaningful language but serve as placeholders to be amended later.

Others make minor, expected changes to existing laws. For example, Senate Bill 887 would allow for counties to assess fees to certain licensees under a subsection allowing for individual counties to increase quantities of medical marijuana that patients are allowed to possess.

But some, like Senate Bill 325, would radically alter the scope of State Question 788. Voters overwhelmingly approved the measure by nearly 57 percent of the vote, a difference of more than 120,000 cast ballots, last June.

SB325 would allow individual counties to hold special elections to “restrict or prohibit the possession, consumption, transport, sale, cultivation or manufacture of marijuana or marijuana products, or any combination thereof.”

A petition signed by 15 percent of voters in the last gubernatorial election would get the measure on a ballot, or a board of county commissioners could call a vote on its own motion.

All of the counties in Murdock’s district voted down SQ788, with a majority of voters ranging from 60 to 72 percent opposing the measure.

“I fully understand the uses for medical marijuana and the benefits there are,” Murdock told Tulsa World after the bill was introduced. “But my Senate district voted overwhelmingly against it. And since they voiced so heavily against it, I wanted them to have the chance to decide what to have in their local communities.”

The backlash online was swift and negative, with some leaving profane comments on Sen. Murdock’s Facebook page.

One of his opponents on the matter is one of Murdock’s own relatives. Amber Murdock, who owns Headwinds Nursery, the only licensed cultivator and processor in Cimarron County, told Tulsa World she has already invested hundreds of thousands of dollars into her business.

Sen. Murdock also told the World that he plans to amend the bill so licensees can still possess medical marijuana in counties that vote to opt out and to grandfather existing businesses so that a vote would not force them to close.

As it stands, Oklahoma Medical Marijuana Authority (OMMA) does not retain patient information except for a digital photo, the county where it was issued, a 24-digit identification number and the expiration date of the license. SB1030 would require them to keep all information gathered by patients.

It would also roll back the $400 fine for marijuana possession without a license and allow municipalities to restrict all public marijuana smoking and vaping from public places outside a residence.

Senate Bill 756 would require child-resistant packaging for medical marijuana that would be plain, opaque and not depict any images or commercial logos.

Additionally, “medical marijuana packaging shall not bear a reasonable resemblance to any commercially available product. Medical marijuana products shall be packaged to minimize appeal to children and shall not depict shapes, images, text or designs appealing to children,” according to the bill.

Senate Bill 765, also introduced by McCortney, would restrict the public consumption of cannabis products, keeping in line with the state’s ban on tobacco products in similar spaces.

“No person shall smoke tobacco or marijuana in a public place, in any part of a zoo to which the public may be admitted, whether indoors or outdoors, in an indoor workplace, in any vehicle providing public transportation, at a meeting of a public body, in a nursing facility licensed pursuant to the Nursing Home Care Act, or in a child care facility licensed pursuant to the Oklahoma Child Care Facilities Licensing Act,” according to the bill.

The bill also modifies language excluding tobacco smoking from being prohibited in bars and taverns but does not specifically prohibit the smoking of cannabis in such businesses where tobacco is allowed.

“Licensed dispensaries shall enter each medical marijuana license’s 24-character identifier into the license verification system at the point of sale to ensure that such license is valid. If the license is invalid, the sale shall not be occur,” the bill reads.

“Nothing in this section shall be construed to allow the Oklahoma State Bureau of Investigation to deny an otherwise qualified applicant from obtaining a handgun license pursuant to the Oklahoma Self-Defense Act solely on the basis of the applicant being a lawful holder of a medical marijuana license,” according to the bill.

But the most significant and far-reaching piece of legislation regarding cannabis this session might be a bill to make State Question 780 retroactive.

Approved by voters in Nov. 2016, SQ780 reclassified certain drug and property crimes as misdemeanors instead of felonies. The maximum penalty now for simple drug possession — not limited to marijuana — is one year in county jail and a $1,000 fine.

House Bill 1269 would provide post-conviction relief to those convicted before the passage of SQ780 but were punished more harshly than they would have been had it been enacted.

“It is time for Oklahoma to get out of the business of arresting and prosecuting individuals afflicted by drug addiction,” Dunnington said in a news release. “We have Oklahomans that are labeled as felons, and their crimes would be legal or a much lesser crime today. These folks are disenfranchised, and their families are suffering. This legislation seeks to heal these wounds and continue Oklahoma down the road of responsible criminal justice reform.”

“The people of Oklahoma have spoken loud and clear on the issue of criminal justice reform,” Echols said in the release. “I look forward to working with members of both parties to find not Democratic or Republican solutions, but Oklahoma solutions to the issues facing this state. This bill will be a great step in that direction.”

Drafts of all proposed legislation and amendments can be found at oklegislature.gov.