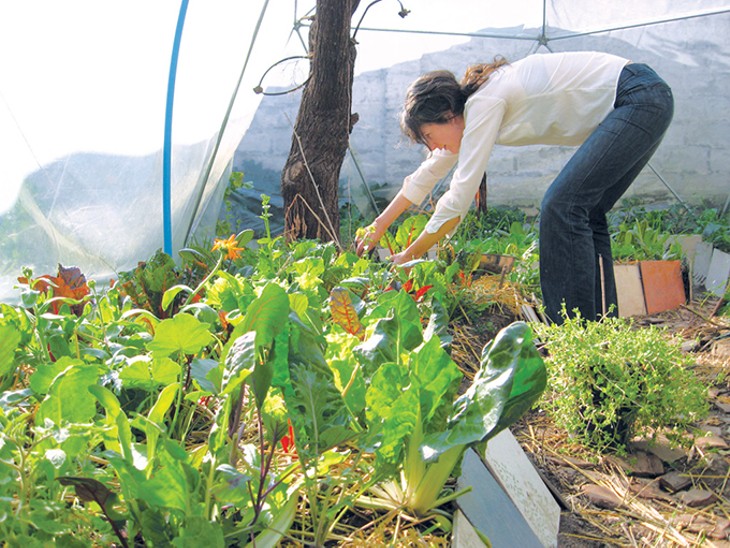 “That was it for me,” Holiman said. “I listened to that talk and said, “OK, I don’t want my food grown this way.”

The 2003 World Social Forum’s motto was “Another world is possible,” but Holiman, living in Santiago, Chile, found few sources for food that hadn’t been mass-produced.

“So what’s the alternative?” Holiman asked. “Organic gardening, and in Chile at that time, there was really nothing. I looked around for organic things, and it was really hard to find. There was an organic market once a year.”

Determined to eat food free of genetic modifications and pesticides, Holiman began planting vegetables in her small apartment in the middle of the city.

“I started growing seedlings in my windows and broccoli out of a pot,” Holiman said.

After she moved with her husband into a larger house with a vegetable garden and fruit trees, these first forays into urban gardening eventually led to Huerto Hada Verde (Green Fairy Garden), an educational center in Santiago where Holiman teaches classes on organic gardening and herbal medicine.

“Just friends and neighbors were involved at first,” Holiman said. “It was just kind of a semi-informal [community-supported agriculture project]. I was asking them to help with all of the gardening work and the harvesting and all that, and after awhile, I realized that the people I had asked to help me with it were not as helpful as I hoped … and I realized that other people were more involved, like, ‘What is this project? I would really like to learn.’”

Born in Edmond, Holiman traveled to Santiago, Chile, on a six-month trip to study Spanish and Latin American culture. While teaching English language classes, she met her husband, got married and ended up staying for nearly 20 years. Back in Oklahoma until March of 2019, Holliman is teaching classes for the first time in her native state at SixTwelve, Beautifully Connected, CommonWealth Urban Farms, Myriad Botanical Gardens and other locations before she returns to Chile next year so her 4-year-old son can start school. 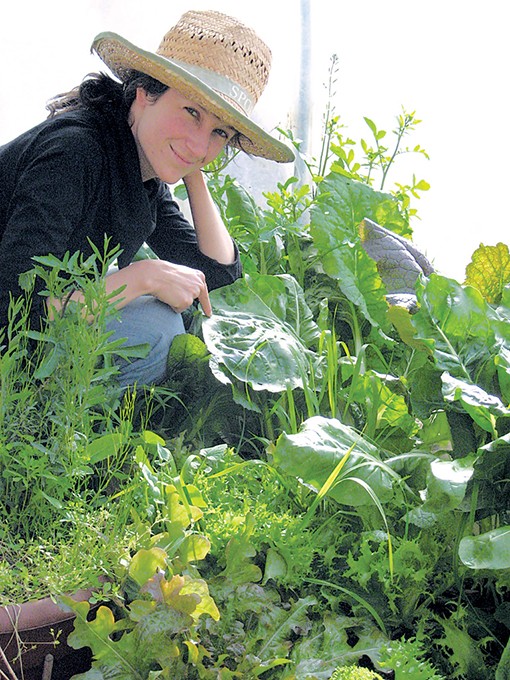 Holiman, who developed an interest in vegetables, herbs and plants in general when she became a vegetarian at the age of 15, said she was originally introduced to the idea of growing her own food at her aunt and uncle’s farm in El Reno.

“I grew up, really, picking tomatoes and eating them right off the plant,” Holiman said. “My aunt was very much like do-it-yourself.”

While the concept of growing your own food is more common in rural areas, Holiman said her first efforts at organic gardening in urban Santiago were met with confusion and surprise.

“That was something that when I first got to Chile was very rare,” Holiman said. “Most people were very shocked that I was going to make my own jam, make my own pickles and toothpaste and things like that. Now that’s something that has spread more and more. It’s in fashion. It’s like a trend.”

Organic living is popular in 2018, Holiman said, but in the early 2000s, many people were unclear about what the word “organic” even meant.

“In general, both here and Chile, there’s much more information about it now than, like, 10 years ago,” Holiman said. “People didn’t even know what it was. They were like, ‘What’s organic? What’s the difference? Why is it important?’ … But now it’s in most people’s vocabulary. The option is out there almost everywhere you go.” 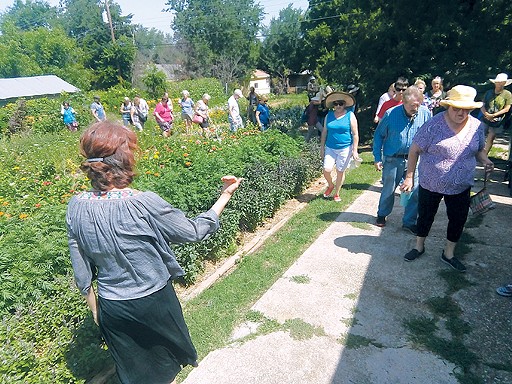 Teaching classes in Chile, Holiman said she discovered that people there tend to honor the farming and plant-gathering legacy of their ancestors, something less common in the U.S.

“There was a lot more, maybe, spirituality connected to working in the garden and with the earth,” Holiman said, “and I think that has to do with being a little bit closer to the indigenous cultures, which surprises me because in Oklahoma, there’s like a huge indigenous population and you would think that would still be present, but it’s not. Agriculture is definitely an industry, and they’re farmers and that’s it. In Chile, you have that as well, but you also have kind of a connection to people exchanging seeds, native groups that have been exchanging seeds for many, many generations. … Almost everyone I talked to, especially working with herbs, their grandmother or their grandfather had herbs and they knew what to do with them. They were like, ‘Oh yeah, my grandmother used to always pick this herb and give it to me when I was sick.’ I feel like we definitely don’t have that kind of connection as much.”

Much of what Holiman teaches in her classes, she said, is about re-learning the process of gardening and herbal medicine.

“When you’re working with plants, when you’re working outside, it’s actually like a therapy. It’s actually something that connects you with a spirit, whatever you want to believe,” Holiman said. “It does connect you with this other realm, and I think people are starting to understand that. But in Oklahoma, it’s hard to be out in nature for a long time because it’s really hot. There’s mosquitos. Or it’s really cold. There’s a lot of extremes. You’re so completely aware of nature here. … It’s so powerful here, and I think part of what it’s important to realize is we’re all part of this. Actually being in that place, sitting outside and just connecting to being in that natural space, can be therapeutic, can be medicine, can be very important.” 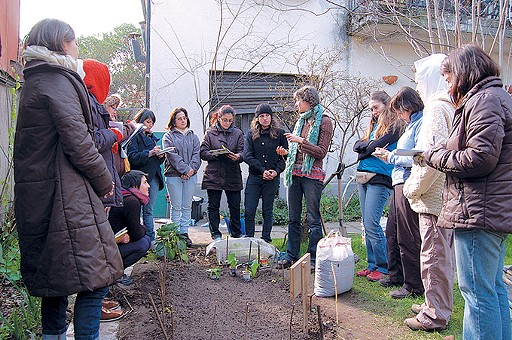 “Working in the garden is also a transformative process,” Holiman said. “I’ve seen people that came to do volunteer work, and they didn’t ever want to leave. … There’s so much fragmenting everywhere we go now. … There’s so many people that are disconnected, living in their virtual world over there or over here, and they just kind of drift from one place to another. The garden is a place where people kind of come together and feel like they’re part of something, part of this bigger picture.”