Guns more popular than ever in Oklahoma 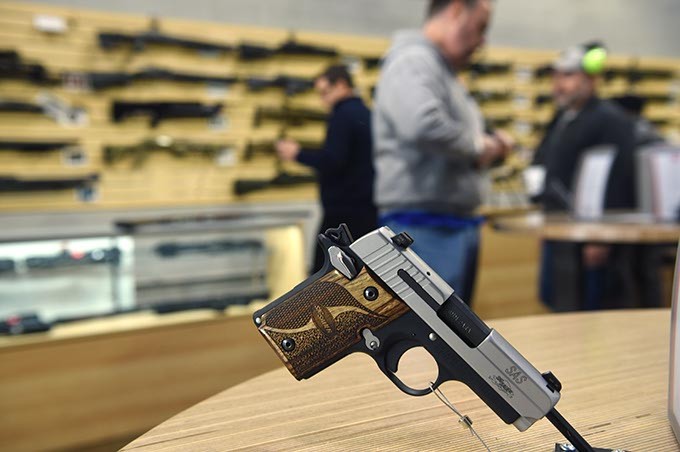 “Our freedom is under attack like never before,” said Chris Cox, executive director of the National Rifle Association’s Institute for Legislative Action, during a conference last year.

Many gun supporters and organizations, like the NRA, have claimed their right to bear arms has come under attack in recent years, but polling and gun sales show that support for guns has never been higher.

In 1959 nearly 60 percent of Americans favored a ban on handguns, according to an October Gallup report. That percentage has steadily decreased over the last 55 years. Today, only 26 percent say they would support a ban.

Forty-seven percent of Americans are in favor of stricter gun laws, but the majority are in favor of laws remaining as they are or becoming less strict, which has been the case in Oklahoma where open carry laws were passed by the Legislature a few years ago. The percentage of Americans who are in favor of fewer restrictions on gun laws has increased over the past 20 years, despite the attention placed on mass shootings from Columbine High School to Newtown, Connecticut, where 26 elementary students and adults were killed by a lone gunman in 2012.

Gun deaths in America each year are close to 32,000, and while that number has risen by a few thousand people over the past decade, the rate of gun deaths per 100,000 residents has remained relatively unchanged, show reports from GunPolicy.org.

Gun control remains a hot political talking point and officials with organizations like the NRA continually talk about the threat to their rights. But the reality is support for guns has never been higher and politicians on both sides of the aisle appear unwilling to push for any type of gun control measure.

President Barack Obama’s exploration of stricter gun laws following the the mass shooting in Newtown gained almost no support from members of Congress, whether Republican or Democrat.

In Oklahoma, the support for gun ownership also transcends party lines as 2014 Democratic candidate for governor Joe Dorman was an outspoken supporter of gun rights and even had signage at his campaign office encouraging guns to be carried.

While Democrats are the most likely political party to promote skepticism on gun rights, Dorman attempted to outflank Gov. Mary Fallin from the right on the issue this past year. 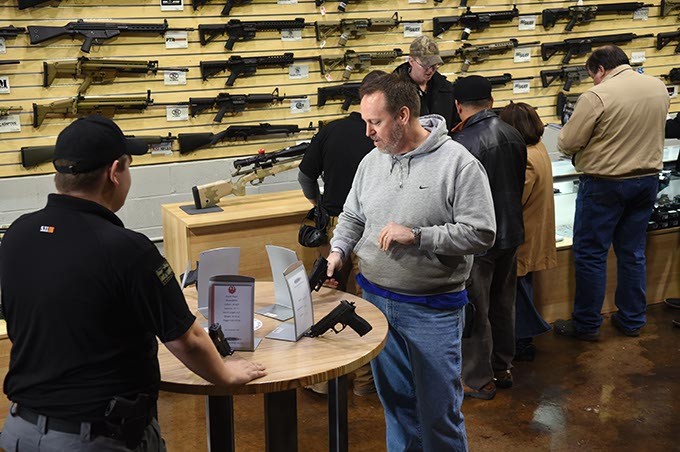 “Fallin vetoed it in a temper tantrum,” Dorman said this year about a bill Fallin vetoed that would have given approval of some gun purchases to local law enforcement. It was an NRA-backed bill that Dorman called “a reasonable policy, but apparently Fallin supports gun restrictions forced onto Oklahomans by federal bureaucrats. She’s completely out of touch with Oklahomans.”

Fallin, who took the controls of a six-barreled machine gun during the opening of an OKC gun range last month, is a vocal supporter of gun rights. While Dorman’s claims that she wanted to limit gun use was considered a stretch by some political observers, the push by Dorman showed that the way to many Oklahoma voters is through their guns.

“It’s a great new addition to Oklahoma City and its creating jobs,” Fallin said last month at the opening of Wilshire Gun, a shooting range and store that gained national attention for its full service bar.

While Fallin and other politicians see the opening of another gun range in OKC as a creator of jobs and a victory tbelieve the growing popularity of guns will results in more gun-related deaths.

Mass shootings, which have risen in recent years and resulted in a record number of mass shooting deaths in 2012, according to research from Mother Jones, has some saying fewer guns is the only logical response.

However, others have said the rise in mass shootings and other acts of workplace violence is proof that more Americans need to be armed.

“Americans should be ready to face these fanatics,” John Snyder, a lobbyist and gun law expert, said in a press release following the beheading of a woman at Vaughn Foods in Moore earlier this year. When the attacker attempted to harm another employee, he was shot by another worker.

“As the Oklahoma [attack] indicates, people can stop terror attacks with firearms,” Snyder said. “Americans need their guns to defend life and freedom.”

Oklahoma Senator James Inhofe was one of several senators to threaten a filibuster last year when the Obama administration pushed a gun safety bill. Criticizing the president for his attempt to disarm America, Inhofe, who is one of the NRA’s highest ranked U.S. legislators, said the country was facing an attack on its Second Amendment rights.

“Our president ... has been doing everything he could to stop the private ownership of guns in America,” Inhofe said.

Some may look to decrease the nation’s access to guns, but saying gun supporters are losing the battle isn’t a claim easily backed up, especially in Oklahoma.

The Sooner State ranks No. 6 on Gun and Ammos’ ranking of the best states for gun owners, the list of prohibited places to carry a gun in Oklahoma is relatively small compared to other states and Tulsa is home to one of the nation’s largest gun shows. An online search for shops yields at least 20 establishments in OKC and dozens more in neighboring communities.

Gun sales continue to grow and the opening of Wilshire Gun last month shows that guns remain a big business in our state.

Print headline: Shooting straight, Guns have never been more popular in Oklahoma than they are right now.