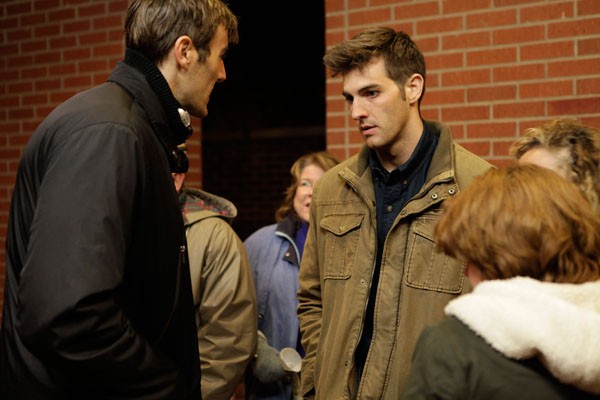 Set and shot in Guthrie, Oklahoma, Overexposed tells the story of high school student Erin Prescott (Mary Katherine Duhon) who is drawn into a web of betrayal and violence after her relationship with local golden boy Taylor Cowls (Sam Chance) results in a community-wide sexting scandal.

While researching and developing the script, Allyn spoke to a number of high school and college students affected by sexting and was struck both by the nationwide ubiquity of the phenomenon and the serious harm that can result from what seems like innocent flirtation.

Hoping to spark important conversations about safety and responsibility in the smartphone era, Allyn, who was born and raised in North Dallas, sought to produce a film that would feel as universal as the tech-centered reality it depicts.

“One thing I liked about Oklahoma as a setting is that it’s very relatable to anyone in the country,” he said. “It feels like a place that anyone could come from. It identifies as a Great Plains state, it has a Midwest feel to it, it has a Southwest feel to it.” 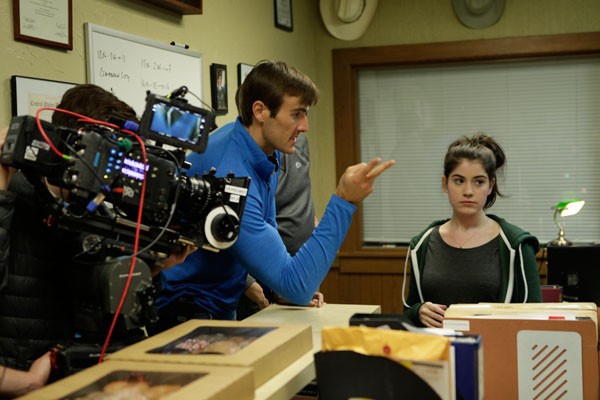 Having shot his previous feature, Forsaken — co-written with his younger brother Jake Allyn, who plays Jimmy Cowls in Overexposed — in Oklahoma, Conor was particularly taken with the charming, close-knit community of Guthrie and was inspired to use it as the setting for his small-town thriller.

“It had a very cool feel for what we were doing in this movie: trying to talk about a subject that is very contemporary and technologically current and then setting the movie someplace that feels a little bit antiquated,” Allyn said. “Guthrie looks sort of like it was frozen in time in the ’30s or the ’40s, so I thought it would be interesting to have this quaint, beautiful small town where a scandal erupts.”

Like the Oklahoma-based actors and crewmembers he worked with in Guthrie, Conor Allyn got his start outside Hollywood.

After graduating from Georgetown, he was living in Indonesia with his father Rob Allyn, a producer on Overexposed, who was working as a political consultant. A conversation with one of Rob’s clients inspired Conor and his father to co-write a film called Red & White (2009) about the Indonesian War of Independence. The film’s success spawned two sequels, which Conor wrote and directed.

“I count myself very, very lucky,” Allyn said.  “If I had just been another kid in Los Angeles who wanted to write and direct movies, I don’t know if I would have ever gotten the opportunity to get behind the camera. I was lucky not to be in Hollywood, to be over in Jakarta. I was a bigger fish in a smaller pond. Similarly, if you’re a really talented actor in Oklahoma or Dallas or Atlanta or something like that, you can get into some projects that you wouldn’t if you were one of a million in Los Angeles.” 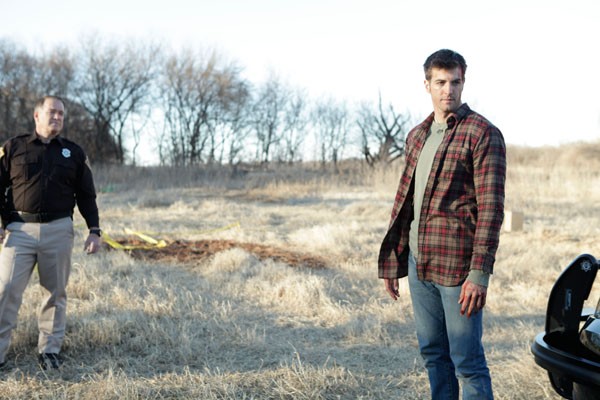 Overexposed is something of a milestone for the Allyn family, in that it’s the first time Rob, Conor, and Jake have all worked together on the same film.

“It was really cool because we’ve all been working on our own things for the past couple of years,” Jake Allyn said.

An actor and screenwriter who enjoys balancing leading and character roles, Jake Allyn had recently wrapped the first season of BET’s popular drama The Quad, in which he portrays college football star BoJohn Folsom, when he traveled to Guthrie to begin filming Overexposed.

“It really turned out beautifully because working with my older brother, who is also my best friend, is extremely easy and we have an extremely close relationship,” Jake Allyn said. “He can direct me by just saying a scene from a movie that we both know really well. He can just say, ‘Remember that scene in Fargo? I need more of that.’ And I’d just say: ‘Got it.’ That’s amazing.”

Both Jake and Conor were impressed by the professionalism and enthusiasm of the local cast and crew they worked with on Overexposed and the welcoming attitude of the townspeople.

“I’d be remiss not to point out how incredibly happy and excited the people were,” Conor Allyn said. “I lived in LA for a couple of years, and when a passersby would see a film shooting, they would honk their horns to mess up the sound. In Oklahoma, they were excited and hardworking, everything that makes me want to come back and do more movies there.”

Jake Allyn has fond memories of time spent in Stacy’s Place, a Guthrie diner with distinctive Western-themed murals that provided catering for the production and also served as a filming location.

“We did a lot of nights, and to be honest, it keeps your enthusiasm up when you are shooting at midnight for your third night in a row and the lady is keeping the stations open so they can make the crew milkshakes just because it’s fun that a movie has come to town,” Jake Allyn said. “It’s a great feeling. Some actors can lose the excitement once they’ve been on a few sets, and that’s something I don’t ever want to lose. Being in Guthrie really keeps that excitement going.”