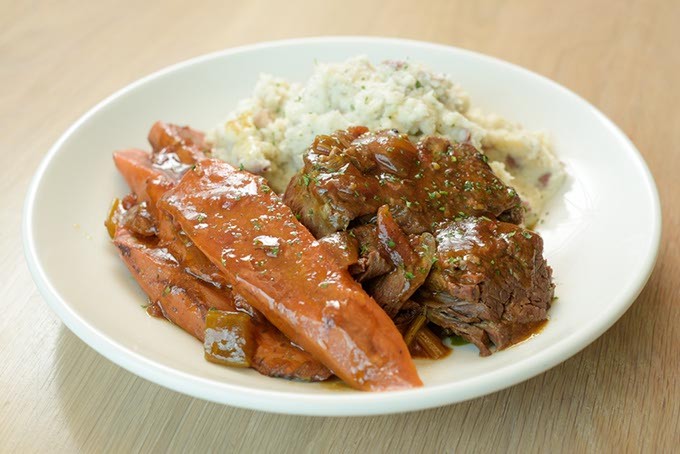 Their words were different, but many in Oklahoma City echoed the eloquent sentiment about Kd’s Southern Cuisine left on Yelp.com by Dante A.

“Im glad they closed that traitor’s restaurant. He went to golden state, what a butthole!@!@!”

Like jilted lovers, Oklahoma City Thunder fans were floored in July when Kevin Durant announced he was leaving the team to join the Golden State Warriors, and they lashed out any way they could, including leaving savage online reviews of his restaurant.

But Hal Smith didn’t build Hal Smith Restaurant Group by serving sub-par products. With tweaks to the building and the menu, Smith used Durant’s departure as an opportunity for a reset, paving the way for Legacy Grill, 224 Johnny Bench Drive.

I’ve had fried green tomatoes served all kinds of ways, but the ones I love most are batter-dipped and fried like they are at Legacy Grill. The kitchen staff uses a beer batter that puffs up and gets crispy — the perfect canvas on which to smear the accompanying remoulade sauce.

Originally a French sauce, remoulade is most known in America as part of Creole cuisine. It’s a mayonnaise-based sauce with lots of herbs and seasonings tossed in to create a tangy, tart flavor explosion.

The tomato’s stiffness is softened during frying, but it retains a green, slightly sour taste. The fat of the oil and

the batter helps center the dish, and the remoulade brings a burst of heat.

The gumbo might be the best deal on the menu. Packed full of shrimp, sausage and okra, it’s an intense mix of flavors and textures that begs to be savored but is so good it’s hard to stop eating. The spice blend Legacy Grill uses is enough to get a few beads of sweat forming at the hairline, and it intensifies with each subsequent bite.

It’s easy to recommend a soup on a cold day, but this gumbo is worth ordering regardless of the forecast. Rain or shine, windy or ever-so-slightly less windy (this is Oklahoma, after all), it’s always a good day for Legacy’s Creole stew.

Keeping with the surprisingly Louisiana-centric menu is shrimp and grits ($17). I wanted to skip it — honestly I did — but this entree is so wonderful that I just couldn’t resist it. The creamy grits are buttery and smooth, which makes a hearty base on which to build a devastating delicacy.

The shrimp in the gumbo are small, but they are big and beautiful here. Each one is cooked to a lovely light pink with a generous snap. Shrimp are such tricky beasts to cook well, so it’s a joy to dine on these spicy specimens sautéed in a sauce of garlic, mushrooms and white wine with a bright hit of lemon juice at the end. The dish is studded with chunks of bacon as well, adding a smoky undercurrent to each bite and a welcome chewy texture.

While I’m happy to endorse Legacy’s fried chicken and waffles ($18) as a true-blue Southern staple, I’d like to direct you to a slightly more homestyle dish. Let your friends order the chicken, because there will be more than enough to share, and consider trying pot roast ($16).

“Pot roast? Really, Greg?” you say, in that accusatory tone our therapist has warned you about.

Yes, really. Pot roast is unjustly maligned, due largely to the ineffective efforts of some home chefs. But in the hands of professionals, a large roast can be rendered into a sumptuous dinner of melt-in-your-mouth beef and tender vegetables.

How big was the cow that became that pot roast I do not know, but it was a massive serving. There was a knife on the table, but it must have been for decoration because simply poking the roast with a fork yielded big, juicy bites.

The mashed potatoes are the secret star of the dish. Each bite was perfectly seasoned with just a hint of pepper and a mouthfeel that was both substantial and malleable. The carrots could use a bit more salt, but they were roasted to perfection. Each one was sturdy enough to cut but supple enough to give way beneath a barrage of molars.

Another beef-laden dish failed to impress, though. Legacy’s Philly chesesteak sandwich ($13) didn’t impart nearly enough flavor, which is a shame given it’s filled with shaved prime rib. The mix of onions, bell peppers and mushrooms added some heft, but they also added moisture, making the bread a bit mushy. It’s not a bad sandwich, but it needs fine-tuning.

One bright spot on the plate are the fries. The big, thick planks of potato fried to a gorgeous golden crispy exterior and seasoned generously can stand up to just about any french fries in the city.

Legacy Grill proves a fitting Kd’s replacement by retaining the good, fixing the not-so-good and focusing on service.

What works: Gumbo and pot roast are hall-of-famers.

Tip: Legacy is only open for lunch Friday-Sunday.