On one end of the spectrum is a typical office. Yes, people often get work done there, and it is usually fitted with the tools you need to get stuff done. But the cluttered, tight environment and fluorescent lighting sometimes amplify stress and anxiety.

On the opposite end of the spectrum is home. Yes, it’s comfortable. All your personal stuff is right there, after all. But good luck getting any work done.

Somewhere between the two extremes is Halcyon Works. The Paseo Arts District’s new co-working space, located at 405 NW 30th St., stylishly blends the productivity of the office with the comfort of home. The 2,500-square-foot space is open, bright and chicly designed. Halcyon is a partnership between founders John Handy Edwards, his wife Sarah Brune Edwards, Erin Cooper and her husband Tim Cooper. The co-working space is next door to the Cooper’s branding and design studio CooperHouse.

Halcyon is geared toward anyone in need of a quiet place to work with the intention of building a community of small business owners who want to share skills and bond with others.

“We want our members to benefit each other and form a network of support,” Erin Cooper said. “For a small business owner, when you’re out by yourself, it can be kind of scary. It’s good to be part of a community where you can support each other.” 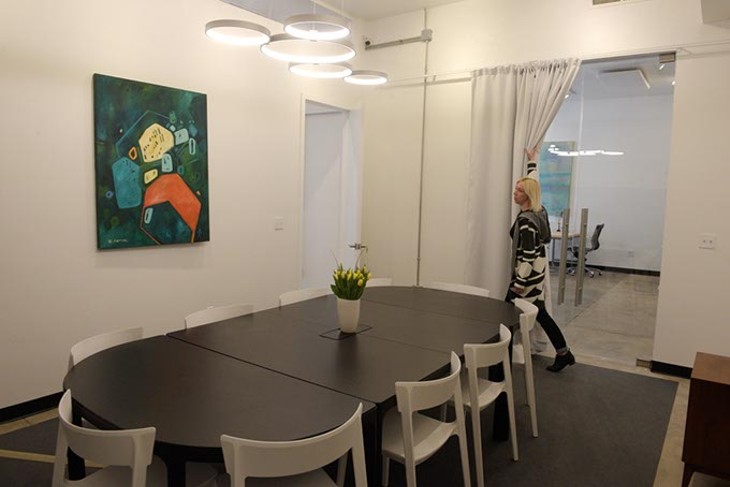 Halcyon, which welcomed its first co-workers in early March, accepts both full and partial members.

Full members are welcome to the space any time of the day or week. There are two full-time co-workers currently registered, and Halcyon has the capacity for 16 full members at a time.

In addition to full members, Halcyon also welcomes in part-time members during business hours Monday-Friday. Part-time members can purchase a weekly pass, which essentially constitutes 40 hours of work and internet time that could be used in one week or over the course of a longer span.

The office features high-speed internet; rentable conference rooms; eight large, long desks for workers; standing desks; a kitchen; a lounge and storage lockers where full-time co-workers can have mail delivered. Cooper said the space was dirty and vacant when they began converting it. After eight months of renovation and design, Halcyon looks like it could have been built new. 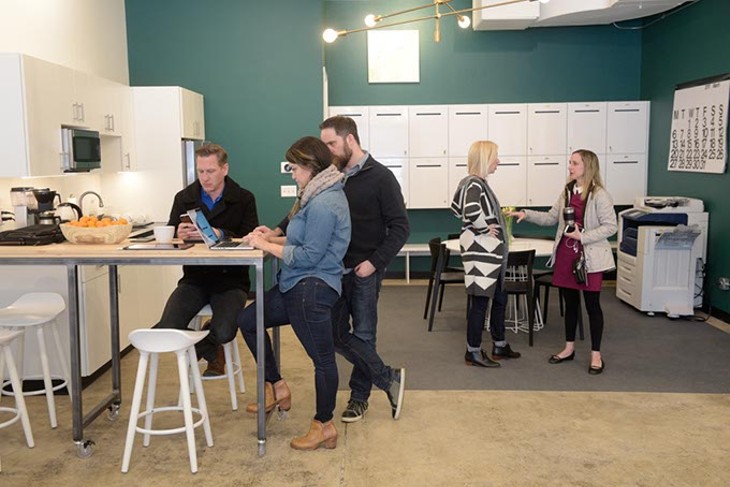 Another draw for Halcyon workers is its convenient, highly walkable surrounding Paseo neighborhood.

Halcyon will soon add programming that fits co-worker needs not directly related to work, like yoga and meditation. And Halcyon is not the only co-work space in the metro. Cooper said she believes they serve a different niche than the city’s other options.

Member Seth Hickerson, owner of Boost Sports Performance and Leadership, a sports psychology and leadership training firm mostly aimed at high-school athletes, said he heard about Halcyon through a friend.

He said he enjoys the laid-back but intelligent atmosphere and its hip decor.

“I’ve been to a bunch of different office spaces, and it was too officey, too businessy,” he said. “This was the best that I saw, especially with their different membership structures.”