Hall of Famer brings his red dirt sound to the Depot 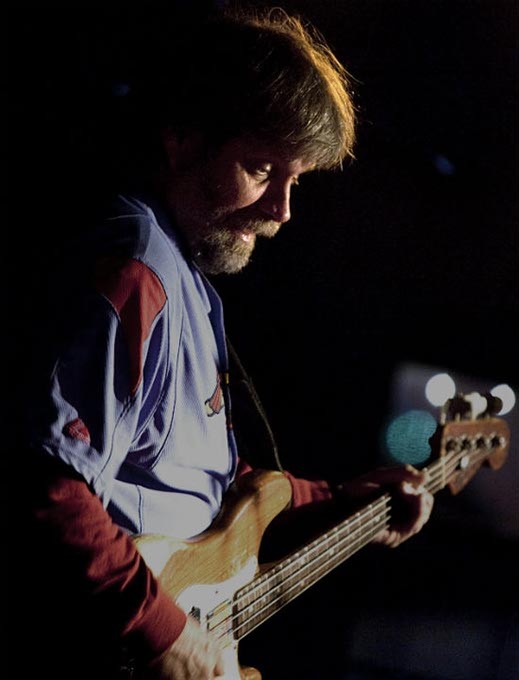 For as long as Red Dirt music has been in Oklahoma, Tom Skinner has been playing it.

Considered one of the founding fathers of the distinctly Sooner genre, the one-time wannabe baseball star is now a true living legend; he's being inducted into the Oklahoma Music Hall of Fame this March for his contributions to the musical legacy of Oklahoma and the creation of a musical art form he believes is more about “a brotherhood of people” than a “particular sound.”

Working together as a family unit, Red Dirt musicians have steadily incorporated elements of country, rock and roll, gospel, bluegrass and folk to create their sound, but Skinner said the main reason Red Dirt music has real staying power, both live and on record, is the “honest spirituality” of the music.

“I really don’t believe that a hundred years from now, anybody’s going to be singing 'She Thinks My Tractor’s Sexy,' Skinner said. “But somebody will still be singing 'Blowing in the Wind' or 'Mama Tried' because they’re just more real. The songs come from a real place that means more to the people who wrote them, so it has a natural sound.”

Skinner is widely regarded by his Red Dirt contemporaries as one of the nicest guys in the business. Even though he was “deeply honored” at his induction into the Hall of Fame, eventually, a wave of guilt settled over him and he had to come to terms with it before he could accept the honor.

“I started forming a list in my head about who should be in there ahead of me, and a lot of them are friends of mine,” Skinner lamented. “I had to go to some of them and talk to them and make sure they weren’t mad or resentful — and, of course, none of them were, because they aren’t those kind of people. They were happy for me, and that made me feel a lot better about. I didn’t have to feel like I had done something wrong.”

Conscience cleared and with the upcoming induction sparking local interest in a new record, Skinner said that, after taking some time off for health problems, he’s working on new material and wants to release two albums: one of original material that will deliver a “stripped-down acoustic sound” and a second one capturing one of the raucous live Wednesday night shows featuring his backup band.

Skinner and his band will be getting in some good practice when they perform in Norman on the Winter Wind stage at The Depot, 200 S. Jones Ave., on Sunday, March 1 at 7:00 p.m. Tickets are $20, and Skinner promises to deliver “the best show possible.”

“I don’t feel like I am a real entertainer, so I just stand up there and try to play something that makes me feel good. And I hope that the crowd picks up on that and connects with me through that,” Skinner said. “I hope people come out and it’s a night where we’re delivering the songs with the passion and joy they deserve to be delivered with.”