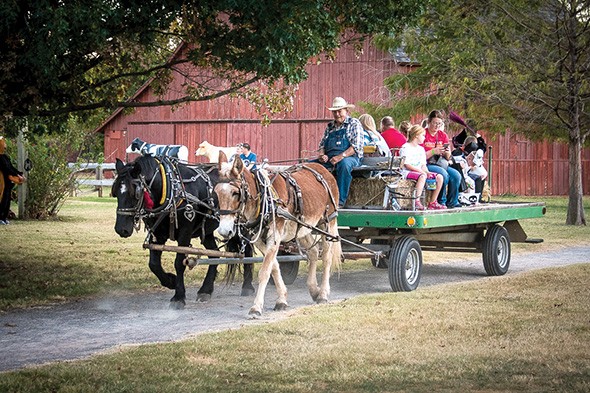 From Edmond down to Norman, the metro area is full of opportunities to simultaneously get into the spooky holiday spirit and learn some history during various ghost tours.

Author Jeff Provine has been helping lead ghost tours around Norman for a decade, but as his historical expertise has expanded after writing four books for Haunted America (two for Norman, and one each for Oklahoma City and Guthrie), Provine’s tour expanded into Oklahoma City in 2016 and later Guthrie.

With a mixture of historical facts and paranormal research from investigator of co-author Tonya McCoy, Provine leads tours in Oklahoma City and Norman monthly between March and November but adds extra tours around Halloween. Provine has Oklahoma City tours for 7 p.m. Saturday, Oct. 28, and Nov. 1. Tickets are $12 and begin outside the west entrance of the Kingman Building, 142 S. Oklahoma Ave.

Provine said that the Kingman Building is an interesting place to start because of a botched robbery of the Kingman Agricultural Implement Company in the 1910s.

“Apparently the specter is still attempting it and is a repeating phantom that walks into the kitchen and then disappears,” Provine said.

The Oklahoma City tour goes north into Bricktown to discuss haunted sites such as the current locations of Bricktown Brewery and TapWerks Ale House, goes in depth about the mystery surrounding the first death in Oklahoma City in 1889, over to Myriad Botanical Gardens, which was the site of the city’s original Chinese district that was home to underground tunnels before finishing outside of the famously allegedly haunted Skirvin Hotel. Provine said the tour lasts approximately and hour and a half.

“My favorite part is the overall reaction of, ‘Wow, I had no idea,’” Provine said. “It’s kind of been the goal of the tour all along is to tell the tales we didn’t get to hear all along.” 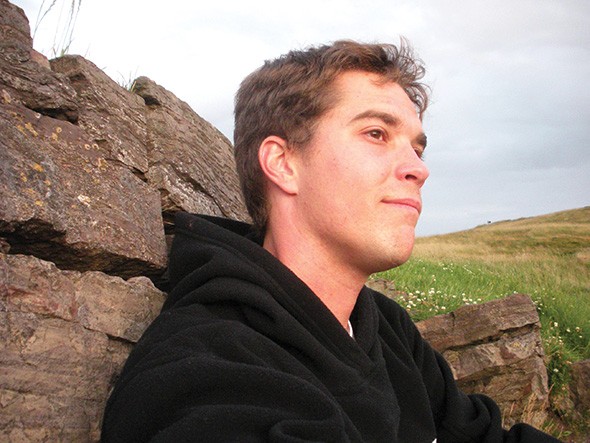 Provine will lead tours in downtown Norman Tuesday at 8 p.m. and 7 p.m. on Nov. 2 that will begin outside the old Santa Fe Depot at 200 S. Jones Ave. with the stories of buried treasure on the site that date to pre-statehood.

The Norman tour goes down Main Street to discuss the Sooner Theatre, barber shop and the old post office to talk about its secret passage, and the tour includes ancedotes on Murray Humphreys, who was one of gangster Al Capone’s top lieutenants.

“On our last tour, someone said that they knew [Humphreys] and said that he as a friendly guy, so as long as you didn’t cross him or have something he wanted, you were good to go,” Provine said.

Provine said he’d like to write more books on Oklahoma City because the first only scratches the surface of haunted cases, but that Norman is uniquely positioned to be home for spooky stories.

“There is something about a university campus because there are so many people moving through, and they like it and decide to come back and stick around,” he said.

Tour guides will be dressed in late 19th- and early 20th-century period-specific costumes to bring historical figures back to life. The tour begins at the corner of Hurd Street and Broadway Avenue and also includes horse-drawn wagon rides, and a s’mores fire pit. The tour lasts about 45 minutes and leaves every 15 minutes between 6 p.m. and 8  p.m.

Harn Homestead Museum executive director Melissa Gregg said that the event started to provide a safe trick-or-treating option for neighborhoods around the museum but now attracts people from all over Oklahoma. The event provides trick-or-treat stations at the museum’s historic buildings as well as a petting zoo, hayrides, cupcake walk and other events.

Scary Tales at the Overholser Mansion

Tickets for the annual Scary Tales at the Overholser Mansion are sold out for Thursday through Saturday, but there’s always next year. The event offers a rare after dark look inside the historic mansion that is home to a lot of history.