Students and staff at Harding Fine Arts Academy recently received the National Blue Ribbon School designation for 2015 and was recognized as one of the top 500 high schools for low-income students in the U.S. on Newsweek.com’s Beating the Odds list.

The National Blue Ribbon Schools Program recognizes schools based on their academic excellence or progress in closing achievement gaps among students, according to the U.S. Department of Education’s website.

The student poverty levels and academic disadvantages they endure prior to attending the school have made winning this award even more unique.

Approximately 60 percent of the school’s student body are eligible for free and reduced lunches, which is determined by the poverty level of each student’s family, according to principal Barry Schmelzenbach. Schools at that level of poverty are not usually expected to receive such high academic awards.

The school has managed to find the right combination of nurturing and provocation for students who come from a broad mix of races, economic classes and educational backgrounds.

When Oklahoma Gazette visited Harding recently, students expressed their love for the school and the strength of its students’ differences.

“I like the diversity more than anything else,” said Rianna Brooks, a senior. “We have people from different arts. We have different ethnicities, like black, white, everything. I can help them, and they can help me.” 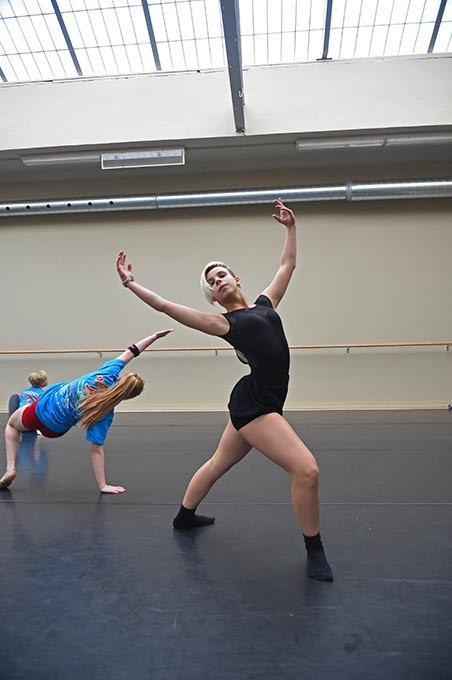 Nationally, 285 public schools and 50 private institutions received the standing. There are 98,328 public schools in the U.S., according to the most recent count by the National Center for Education Statistics.

Harding ranked No. 112 on Newsweek.com’s Beating the Odds list.

The media organization has recognized the achievements of the best public high schools in the U.S. for college readiness for more than 10 years and has been ranking low-income schools in a separate list since 2014.

The company awarded Harding Fine Arts with a gold star, meaning the school “help[s] low-income students score at or above state average on state assessments.”

The engagement of the students at Harding Fine Arts is obvious, no matter the subject.

The piano class might seem disconcertingly quiet to first-time visitors. Gone are the acoustic pianos from the previous era, so the class no longer resonates with the sound of multiple practicing students.

The teacher, Michaela de Brugge, uses digital keyboards that allow students to hear their own playing through headphones. The instructor is also able to tune in at any time to listen to their practice without disturbing the rest of the class.

Dance student Izzy Dillingham said her favorite type of dance is contemporary, and she spends most of the afternoon in dance classes at Harding, only to go to private lessons later in the day. 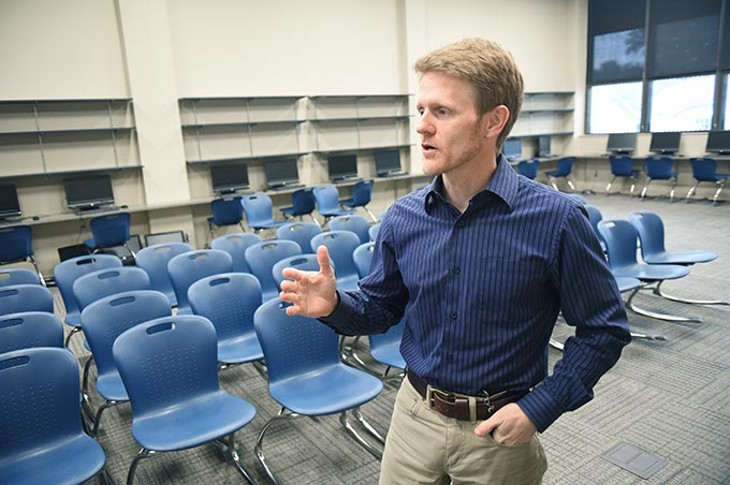 Fine arts schools emphasize the arts as equally as academics, if not more so. However, Schmelzenbach said Harding offers more Advanced Placement courses than most high schools twice its size.

He said it is important for the school to push students in the arts to do well in their education because they need that academic rigor to do well in college.

Freshman English at Harding attempts to get students beyond the five-paragraph essay and into more metaphors and figurative language, teacher Anna Kinder said.

Over the last six years, the institution has become a rallying point for students and faculty who care about each other and the skills and knowledge that they gain, which is how it earned its Blue Ribbon status.

Many of the students have strong feelings about the school.

“I love it,” Dillingham said. “I would like to stay here all day if I could.”