The NW 23rd Street west corridor is one to watch as a $13.2 million streetscape revitalization project wraps up in The Windsor District. 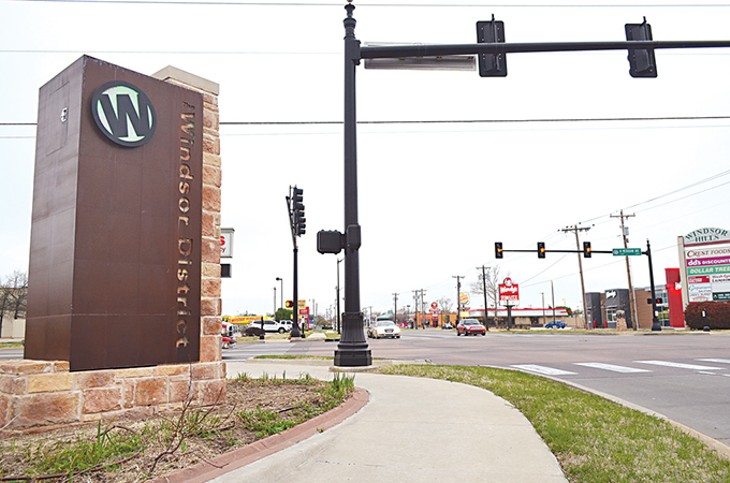 There’s something magical about The Windsor District’s brick markers with the slanted “W” illuminated with an LED beam. Two years ago, when the first markers appeared around the west Oklahoma City commercial corridor on NW 23rd Street, local merchants and area residents stopped to admire some of the beginning sights of the $13.2 million streetscape revitalization project.

“Our street markers put up the name, the face of the district,” said Barbie Smalley, president of Windsor Area Business Group, which manages and operates The Windsor District. “When they finally put up the second iconic marker at Interstate 44, it really completed it.”

Situated west of Interstate 44 to the Bethany line on the NW 23rd Street corridor, Windsor is bounded by NW 19th and 26th streets. Seventeen years ago, neighborhood residents sparked the inner-ring suburbs revitalization through conversations in living rooms, which eventually formed Windsor Area Neighborhood Development. Taking a page from the playbook of neighbors and stakeholders around Capitol Hill and 16th Street Plaza District, they advocated for a streetscape revitalization project in the City of Oklahoma City’s 2007 general obligation bond.

Later this month, city officials will gather for a ribbon-cutting ceremony symbolizing the project’s completion. District leaders see the streetscapes as playing an important role in providing an attractive, safe, sustainable environment, meeting the needs and desires of patrons and those who are now coming to explore the district for the first time.

“It’s been a 17-year process,” Smalley said. “People talk about how the Plaza District was a 20-year overnight success. So we are banking on the next three years. There has been a lot going on.”

The Windsor District is an inner-ring suburb, meaning that it’s a suburban community located very close to the center of a large city. In the case of Windsor, the community evolved in the post-World War II era leading to the building of diverse housing stock and strip shopping centers to support the needs of residents. In 1959, Windsor Hills Shopping Center opened as a specialty and local higher-end retail destination. About a decade later, the first Braum’s Ice Cream and Dairy Store opened along N. Meridian Avenue.

In recent decades, America’s inner-ring suburbs haven’t had it as easy, as some of those communities face serious challenges with population loss, declining household incomes, increasing poverty, retail vacancies and dead shopping malls.

That’s not the story of Windsor, thanks in part to those neighbors who launched a commitment to support and strengthen the businesses along NW 23rd Street in 2001. These days, when you stroll between MacArthur and Meridian avenues, you find a bevy of local and national businesses; international eateries; four grocery stores; entertainment activities like a bowling alley and a movie theater; and an abundance of housing, from sprawling midcentury modern ranch homes to moderate-to-quaint 1,200-square-foot homes and rental apartments. 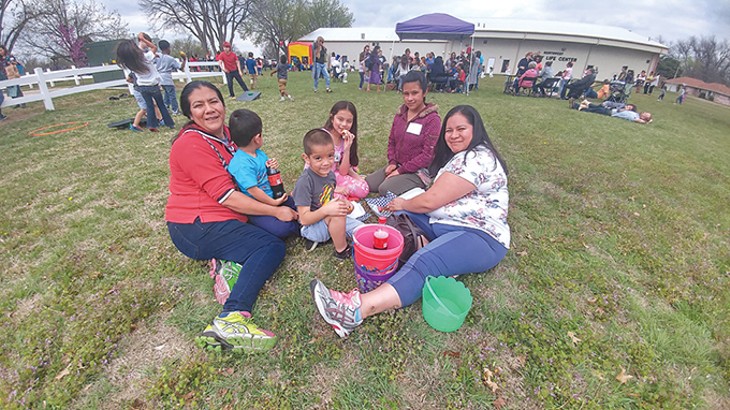 “We talk about it being a 10-minute district,” said Lillard, who grew up in the district and now lives in Bethany. “You can get your dry cleaning or your nails done, have a date night or try any international or American cuisine you want all within a 10-minute drive if you live in the surrounding neighborhoods.”

Windsor has experienced its own growing pains as it tried to fit into Oklahoma City’s urban landscape with trendy commercial districts that have blossomed over the past two decades. For a while, Windsor marketed its international flair as a way to draw outsiders in.

“We compete against Midtown, Plaza, [The] Paseo [Arts District] and Western [Avenue], but those aren’t our clientele,” Lillard said. “We tried really hard to match, and we figured out that just wasn’t who we were. … We’re the district with a heart for small business owners, neighborhoods, kids and our culture. We are pretty proud of that.”

Still, Windsor has cuisine and food offerings that are perhaps found nowhere else in the city. Within its boundaries are Queen of Sheba, the city’s only Ethiopian restaurant; Neveria La Fuente de Michoacán, which is known for its homemade ice cream; the original Gopuram Taste of India; and Feria Latina Supermarket, where shoppers find fresh sugar cane, banana leaves and freshly baked conchas, a Mexican sweet bread.

When the district hosts an event, the objective is twofold, said Lillard and Smalley. Events bring traffic to the district, which translates to shoppers in the businesses and eateries, but it also brings the community together. For example, March 30th’s Windsor Games – Easter Edition during which 135 children and their families engaged in an afternoon of games, including an egg hunt.

“What we see most is it that there is a need for these types of community events,” Smalley said. “Seeing the joy and the kids connecting with one another, that’s what it is all about.”

The city’s investment in Windsor continues past this month’s ribbon-cutting ceremony on the streetscapes. Windsor has long been included in the city’s Commercial District Revitalization Program in which city planners work directly with district leaders to provide stewardship for economic and community development.

“The strength of the area is the rooftops,” Kim Cooper-Hart, city planner, said. “Unlike a Plaza or a Paseo — to use the common district examples — the rooftops around those two districts are important, but that is not why a business locates there. They located there because the area itself is a destination. [The Windsor District] is a place that supports the neighborhoods. That is key.”

Another district asset is NW 23rd Street, which is the city’s most traveled street and home to the city’s most heavily used bus route and busiest bus stop, according to city planners.

This summer, the city’s planning department will release its first focus area studies examining community, transportation and place in The Windsor District and West Tenth, a commercial district along NW 10th Street south of Windsor.

In Windsor, city planners are looking to create plans for authentic walkability around the new streetscape project, connecting neighborhoods to destinations within the district, like Will Rogers Gardens and the newly opened Will Rogers Trail.

“We made a huge public investment there,” city planner Susan Atkinson said of the streetscape project. “What we are doing … is about maximizing return on investment for the city and all of the people who live in the Windsor District. How can we use that streetscape to begin attracting new property owners, new merchants, new stakeholders who care about Windsor and recognize it as a place with wonderful neighborhoods and a strong commercial center with Windsor Hills?”