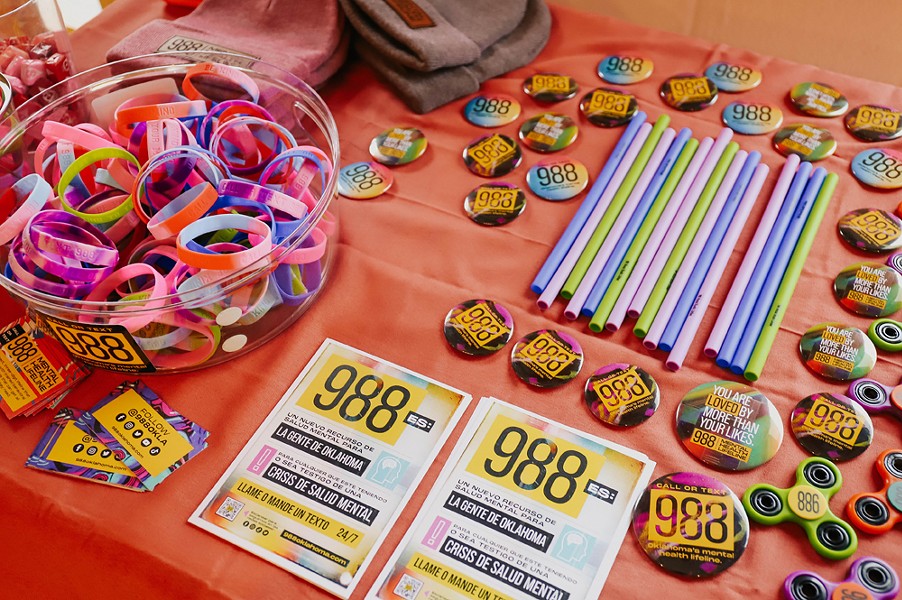 Late nights saturated in sadness, struggling through the first holiday season after the loss of a family member, frozen by unnamed fears—mental health doesn’t have to reach a crisis point before it receives proper care and support.

“Whether it be, you know, two o’clock in the morning and you’re sad and blue, or you’re in a crisis situation and need some further intervention, 988 is for everybody, everybody to call out and reach out, and we hope that people reach out sooner than later,” Oklahoma Department of Mental Health and Substance Abuse Services (ODMHSAS) Chief Communications Officer Heath Hayes said.

988 is the new national mental health hotline that launched in July, and its rollout in Oklahoma has become part of a multi-part initiative to improve mental health care throughout the state.

“We’re seizing the opportunity of the simplicity of a three digit number and a coordination of an entire network that we’ve been building,” Hayes said. 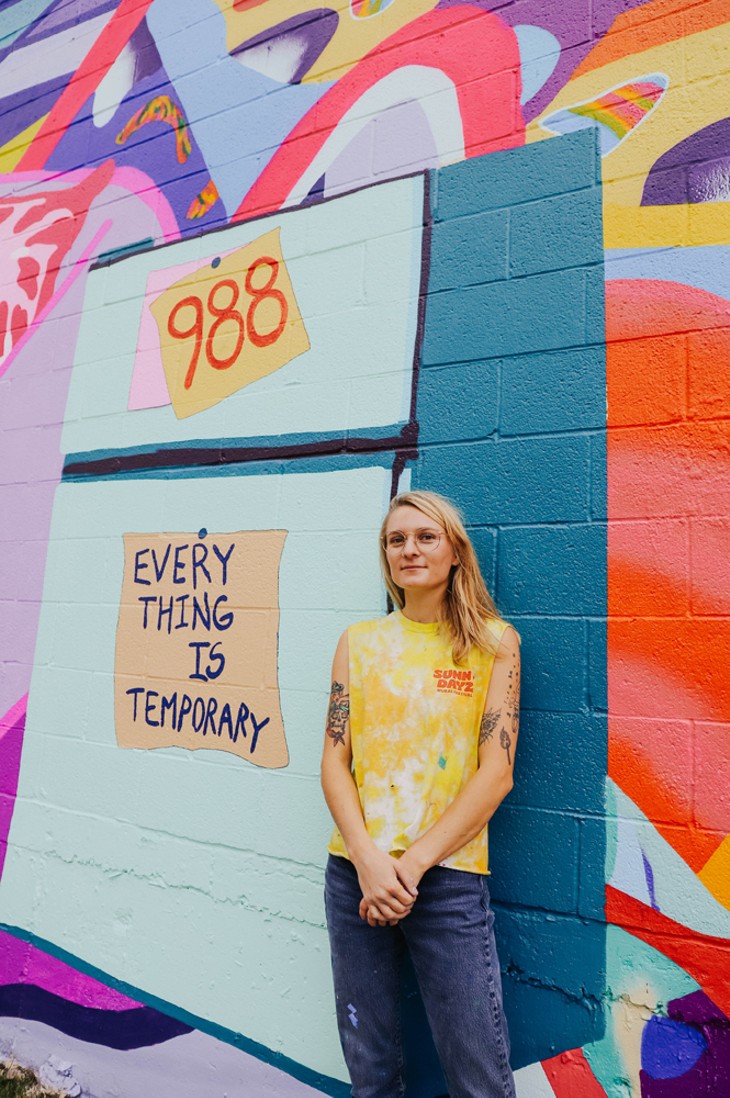 On the national level, 988 is replacing the former, 1-800-273-TALK suicide prevention lifeline, which, Hayes said, now forwards to the new 988 number.

While the former system primarily geared toward suicide prevention, the scope of the new 988Oklahoma program is much broader.

As of Nov. 21, only about 23 percent of calls to the 988 number are related to suicide or self-harm concerns, according to Solari Crisis and Human Services’ OK Public Dashboard.

Solari is a non-profit selected to partner with ODMHSAS to coordinate 988 in Oklahoma, including by operating the call center. Examples of other reasons that Solari’s OK Public Dashboard lists for calls include “coordination of care,” “depression,” “anxiety,” “domestic violence,” and “substance abuse.”

For the majority of individuals who call 988, the phone call itself is what they needed.

“What we have found so far is that 92 percent of the people who call, as we’ve been doing about four months now, that’s all they need is that interaction over the phone, they just need somebody to talk to for that moment of crisis or that moment of uncertainty or emotional distress,” Hayes said.

What to expect when calling 988

When someone calls the hotline, they can expect to be connected with a real person on the other end, with calls being answered in an average of 11 seconds, according to OK Public Dashboard.

The 988 program is fully funded through federal and state funding at this time, so there’s no worry of potentially receiving a medical bill for calling, Hayes said.

For those who hate calls more than a trip to the dentist, 988 also takes text messages.

“Whether you’re calling or texting, the call is going to be answered quickly by a real person on the other end. The information you provide is private and confidential,” Solari President and CEO Justin Chase said.

Callers can expect to be asked about basic information and about their safety, he said.

“We are going to ask some questions to assess for safety just to make sure that you’re in a safe situation,” Chase said. “And if you’re not, we will help coordinate to ensure that we’re able to help partner with you to ensure your safety.”

“They can connect you with same-day or next-day treatment appointments if that’s what’s necessary, needed or wanted,” Hayes said.

For other calls, 988 may send out a mobile crisis team, which are markedly different from a police or EMS unit response.

For those who need further care, “We may coordinate getting them into a facility base—whether that’s a crisis stabilization facility, detox resource if they’re in need of detoxification services for acute substance use,” Chase said.

In certain circumstances, the mobile crisis teams are able to provide transportation.

“​​Those mobile crisis teams—when it’s over 30 miles—can transport you, depending on the specific circumstances of the situation, can transport you to the urgent recovery center, the crisis center, or the hospital,” Hayes said.

The state has added ten new urgent recovery and crisis centers with plans to add 12 more by June, he said.

The instances where 911 becomes involved — emergency situations with an imminent risk of harm — make up approximately 1 percent of calls to 988 in Oklahoma, according to OK Public Dashboard.

The United States Department of Justice announced on Nov. 17 that it has opened an investigation to “examine whether Oklahoma fails to provide community-based mental health services to people in Oklahoma County, leading to unnecessary admissions to psychiatric facilities and police contact. The investigation will also examine Oklahoma City’s systems for responding to people experiencing behavioral health crises, including through the 911 call center and OKCPD.”

ODMHSAS plans to cooperate with the investigation, Hayes said.

“Oklahoma is a national leader in the delivery of community-based mental health services,” he said. “In fact, the nation’s very first and second community mental health centers (COCMHC and Red Rock) were built in Oklahoma. Since that time, we have developed a statewide network of services and community outreach programs to serve the needs of Oklahomans with mental illness which we believe is as good as anywhere in the nation.”

“The 988 call system provides people immediate access to treatment services and helps divert crisis calls away from law enforcement,” Hayes said. “This has been an enormous success and the system has handled thousands of calls, with a 92 percent stabilization rate, meaning the individual’s problems are resolved during the call without needing to go on to more acute care settings.”

Hayes said to call early, rather than waiting for a situation to worsen, before calling 988.