Oklahoma’s long-term care facilities are in need of surveyors and ombudsman volunteers.

Last year, Oklahoma long-term care facility surveyors conducted around 3,000 inspections across the state. That they managed to get to that many facilities is an impressive feat considering Oklahoma State Department of Health’s surveyor team contained just around 110 inspectors and was capped by a department-wide hiring freeze.

Department of Health long-term care director Mike Cook said his team of surveyors had been affected by the hiring freeze since July 1, 2017. The freeze came five months before the department began a monthslong process of laying off more than 200 total employees due to a financial crisis it believed was affecting the agency. A grand jury later found that the believed crisis was the result of internal financial mismanagement and that the agency had funds sufficient for avoiding the layoffs.

No state surveyors were lost due to layoffs, but Cook said the hiring freeze was a critical blow to a team with a high rate of staff turnover. Several surveyors retired or left their jobs for other positions in that time, which left the state shorthanded in its efforts to fulfill the core function of maintaining regulated long-term care facilities.

“When you have a staff of 110 surveyors and you lose 10 percent and you can’t refill the positions, then you have a problem,” Cook said.

Interim Commissioner of Health Tom Bates announced renewed surveyor hiring efforts in May. Cook said the announcement is a relief, but it might be more than a year before the state sees the full impact of new hires.

State surveyors travel across the state inspecting the state’s approximately 700 nursing homes and other long-term care facilities. The surveyors do regular check-ins at facilities where they inspect for regulation and rule compliance. They also respond to complaints, giving priority to the most serious complaints. If a surveyor finds noncompliance during a routine or complaint-driven visit, they will also schedule a revisit at the facility to check for correction.

Cook said before the hiring freeze, surveyors tried to get out to revisits within 45-60 days.

It will take awhile to see the full impact of new surveyor hires because each new inspector must go through an intensive training and testing regimen. New surveyors also need time in the field learning from experienced staff members during inspections.

Cook said it is often a year before someone would be sent on a solo inspection, and even then, it would be to a less-critical facility.

“To have a surveyor that can really do everything we ask, you’re looking at about two years,” he said. “So it hurts to lose one of those.”

State surveyor hires are almost always registered nurses with a minimum of seven years experience. Cook said there is a notoriously high turnover rate in health care that can also be seen within the surveyor staff.

“It’s just the nature of the health care industry,” he said. “It turns over a lot. I don’t know why that is.”

Still, Cook said there is probably less turnover at the surveyor level than one would find in hospitals, which can be a high-stress environment.

“It’s not so bad here,” he said, “because generally when they come here, this is what they want: to have a long career and retire. But then you have retirements. We just had another one the other day.”

Cook remembers going through another surveyor shortage around five years ago that was remedied by legislative action. After the new hires took effect, he said the average number of inspections per year actually went down. Keeping a full surveyor staff, Cook said, is one of the most proactive measures a state can make in ensuring the quality of its care facilities.

“By being on time,” he said, “you kind of see complaints go down because we’re there more frequently.”

"While the light at the end of the tunnel is there, it’s really small. But it’s better than not having anything." — Mike Cook tweet this

State surveyors are not the only ones making regular visits to long-term care facilities. The Oklahoma Department of Human Services’ ombudsman program advocates for resident quality of life within a facility’s confines.

“We investigate claims on their behalf, and we try to find some kind of resolution that is satisfactory to the resident to overcome any problems they might be having in the facility,” said William Whited, Oklahoma state long-term care ombudsman.

The ombudsman program has a full-time staff of about 22, but it also relies on a volunteer team to hear resident needs. Whereas a state surveyor is tasked with making sure a facility itself is meeting guidelines, the ombudsman team works to improve quality of life in ways that might not have anything to do with the facility. That could mean finding ways to increase community interaction or establishing communication with a faith leader.

Though their jobs are different, Whited said the ombudsman program frequently overlaps with the work of state surveyors.

“If they feel like an ombudsman can help in a situation, they will send us the information and ask us to go out,” he said. “If we get to a point where we feel like there needs to be some regulatory enforcement in a given situation, we make referrals to them as well.”

Like state surveyors, Whited said the ombudsman program is short-handed. While he could use a few additional full-time staffers, what he would really like to see is a swell in ombudsman volunteers. Anyone can volunteer for the program, whether they have a medical background or not.

Whited said there is a free two-day training program to be an ombudsman volunteer. After a background check and conflict of interest screening, volunteers are then assigned to a long-term care facility where they spend two hours a week communicating with residents.

The ombudsman program, Whited said, is a rewarding experience for its participants.

“Every time I get a little bit frustrated with something, I go to a long-term care facility and I visit with the residents and it refreshes me,” he said. “I feel like I get more out of it than the residents even do.” 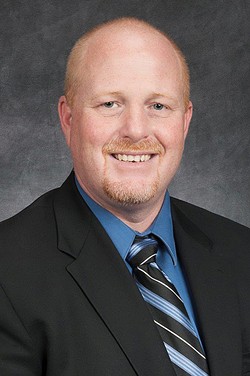 Whited is happy to see the Department of Health return to its surveyor hires. He said maintaining long-term care facilities that meet a state standard is a vital function of the state.

“The health department is a very critical organization when it comes to enforcing regulations,” he said. “We need to make sure they have the proper tools and resources to do their job the way they’re supposed to do their job.”

There have been a few surveyor positions added since the hiring cap was lifted, but the new hires are unlikely to be out in the field before January or February. It will be several more months before they are ready for a solo facility visit.

“While the light at the end of the tunnel is there, it’s really small,” Cook said. “But it’s better than not having anything.”

Cook said state surveyors work really hard and he is thrilled for any amount of support the state throws their way.

“I hope it’s been a lesson well learned that we don’t stop [hiring] again,” he said. “It’s extremely hard to get it going again.”