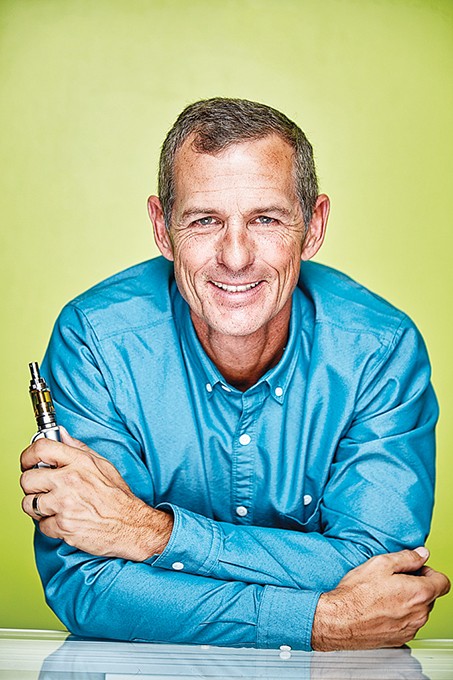 Oklahomans under the age of 85 never knew a time when it was legal to use marijuana in the state, but by the time the state made marijuana illegal, it was one of the last states to independently pass laws against cannabis.

As Oklahoma reaches an inflection point in its laws and attitudes toward cannabinoids, like many states that have considered revising their laws, it faces a long history of industry-driven legislation, harsh sentencing for offenders and propaganda fueled by parental fears and racial division.

Modern marijuana legislation began in earnest with the Harrison Narcotics Act, which passed in late 1914 as a response to opium use in the Philippines, which the U.S. controlled following the Spanish-American War. The U.S. was also facing a half-century opium epidemic that began during the Civil War.

Authored by U.S. Rep. Francis Burton Harrison, D-New York, the law was “An Act To provide for the registration of, with collectors of internal revenue, and to impose a special tax on all persons who produce, import, manufacture, compound, deal in, dispense, sell, distribute, or gives away opium or coca leaves, their salts, derivatives, or preparations, and for other purposes.”

While the Harrison Act directly addressed opiates and drugs derived from coca plants like cocaine, marijuana grew in use during this time, a result of two factors: an increase in the number of Mexican workers immigrating to the U.S. fearing persecution following the 1910 revolution in that country and the prohibition of alcohol, which spurred an increased demand for alternatives like marijuana.

According to Richard Davenport-Hines’ book The Pursuit of Oblivion, an expansive history of narcotics, Oklahoma’s prohibition on marijuana followed similar laws against the sale, cultivation and distribution of the substance in other states. California and Utah were the first in 1915, followed by Colorado and Texas in the late 1910s, Iowa in 1921 and then a spate of new legislation in 1923 in which Arkansas, New Mexico, Nevada, Oregon and Washington state criminalized cannabis.

Six more states passed laws before North Dakota and Oklahoma finally authored and passed legislation in 1933, just as alcohol prohibition was repealed at the federal level, but as a states’ rights issue, Oklahoma maintained its prohibition on booze until 1959.

In The Pursuit of Oblivion, Davenport-Hines documents how such legislation was popularized through media reports. As Montana prepared for passage of its anti-marijuana laws in January 1929, The Montana Standard of Butte, Montana, published an account of the committee hearing in which an area doctor entered his racially charged testimony.

“When some beet field peon takes a few rares of this stuff, he thinks he has just been elected president of Mexico, so he starts to execute all his political enemies,” said Dr. Fred Ulsher to the committee members.

Even the name “marijuana” was an attempt to racially code the substance in the 1920s and 1930s.

Racial coding, something that was used in the criminalization of opium, was only one aspect of the push for anti-marijuana laws. In 1936, a church group produced the now-legendary propaganda film Reefer Madness, a film in which the sale and use of marijuana leads to a spiral of licentiousness, insanity and vehicular homicide. The film, originally titled Tell Your Children but bought by an exploitation producer and renamed Reefer Madness and, in some screenings, The Burning Question and Doped Youth, was shown in roadshow-style screenings throughout the U.S.

The following year, the federal Marihuana Tax Act of 1937 instituted onerous taxation on the substance that effectively ended trafficking. Thirty-three years later, as marijuana was enjoying its post-Summer of Love popularity, the U.S. Senate approved the Controlled Substances Act, which classified marijuana as a Schedule 1 drug.

In April, Oklahoma legalized the cultivation of industrial hemp, but it was not the first time since the 1937 tax act that Oklahoma was allowed to grow the plant.

During World War II, a documentary called Hemp for Victory promoted hemp cultivation for the war effort, where it was used to make uniforms, rope and canvas. Oklahoma farmers were allowed to grow the crop until the war ended in 1945. Individual states have since been able to legislate in favor of industrial hemp cultivation.

“It’s kind of hippie talk, but it’s true,” said Chip Paul, president of GnuPharma and a founder of Oklahomans for Health, a proponent of State Question 788. “It’s a better wood than wood. It’s a better fiber for clothing than cotton. It’s a biofuel — it’s all sorts of things.”

Paul said that the reason for marijuana and hemp criminalization has as much to do with early 20th-century industrialists wanting to protect their wood and cotton businesses as it does with marijuana’s psychoactive effects. According to NAFTA & Neocolonialism: Comparative Criminal, Human & Social Justice by Lawrence French, the advent of a machine called a decorticator allowed for easier processing of hemp for use as pulp in paper and fiber production. Industrialists such as William Randolph Hearst, who in addition to his media empire also grew timber for paper production, and Andrew Mellon, a major source of financing for DuPont, helped stoke the fires of anti-marijuana sentiment to keep the timber industry on track and speed the acceptance of DuPont’s new synthetic fiber, nylon.

“Those folks owned a lot of wood and cotton, those type of enterprises,” Paul said. “The powers that be decided they wanted to use cotton and wood.”

In 2015, Gov. Mary Fallin signed House Bill 2154, which allowed the use of cannabidiol (CBD) oil for medicinal purposes, and the April legalization of industrial hemp cultivation in Oklahoma created new opportunities for farmers.

SQ788’s position on the June 26 ballot represented to Paul a major change in the state’s attitude toward marijuana.

“It’s a 100 percent ‘We the People’ effort,” Paul said. “It was brought forth by the people without big interests [involved]. I really don’t think there’s been anything like this that’s been driven by the people — certainly in a long, long time.”