A cannabis expo aims to help Oklahoma’s industrial hemp cultivation and guide the state in advance of SQ788. 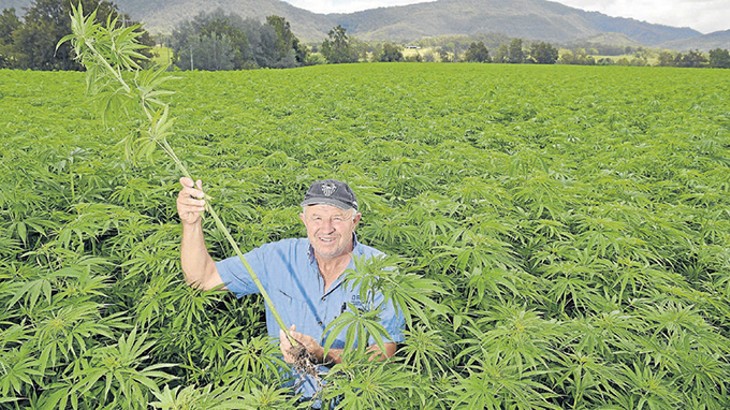 In 1942, the United States government produced the film Hemp for Victory, which encouraged farmers to grow hemp for military use, but the film’s existence was denied by federal agencies until two copies were donated to the Library of Congress in 1989.

The production of hemp was federally outlawed under the Marihuana Tax Act of 1937, but the ban was lifted to help produce cordial for military purposes. The erasure of federal embrace of marijuana’s fibrous and non-psychoactive cousin has been repeated at the state level, including Oklahoma.

Related CBD 101: Gazette looks back on how Oklahoma pushed the relaxation of laws restricting use of cannabidiol.

CBD 101
Gazette looks back on how Oklahoma pushed the relaxation of laws restricting use of cannabidiol.
By Laura Eastes
The High Culture

As Oklahoma prepares to implement its pilot program that will allow the state’s farmers to grow industrial hemp after Gov. Mary Fallin signed the bipartisan bill in April, the state will also answer State Question 788 for the legalization of medical marijuana.

“Due to this being Oklahoma, the word ‘cannabis’ scared everybody,” Whalen said of the process to set up the expo. “Cannabis sativa is industrial hemp, but it is also marijuana. The confusion comes from the genus of the plant.”

House Bill 2913 established the state’s pilot program that will be overseen by the state’s Department of Agriculture, Food and Forestry with university oversight. HB2913 was co-authored by Rep. Jon Echols, R-Oklahoma City, and Mickey Dollens, D-Oklahoma City.

Oklahoma becomes the 37th state to re-introduce hemp after it was outlawed in 1937, but the federal Agriculture Act of 2014 allowed states to cultivate the plant that has 25,000 applications.

“We’re the only industrialized country on the planet that has stopped using industrial hemp,” Whalen said, noting that 96 percent of hemp used in U.S. products is still currently imported from overseas. “We could replace 60 to 70 percent of all paper products in the country with hemp because it can be grown in 90 days versus years for a tree. … The applications are for everything from rope and clothes to a 100 percent biodegradable water bottle.”

Whalen said Can-Tek Labs has begun to approach the state’s oil companies because hemp can be used to remove toxins from the ground following the closure of an oil well.

Industrial hemp could become a billion-dollar industry for the state of Oklahoma within five years, Whalen said. Hemp requires 93 percent less water to grow per acre than cotton in Oklahoma, and it is projected to yield $1,500 per acre, Whalen said, noting that the state has the perfect mixture of nitrates in its soil to grow the plant. 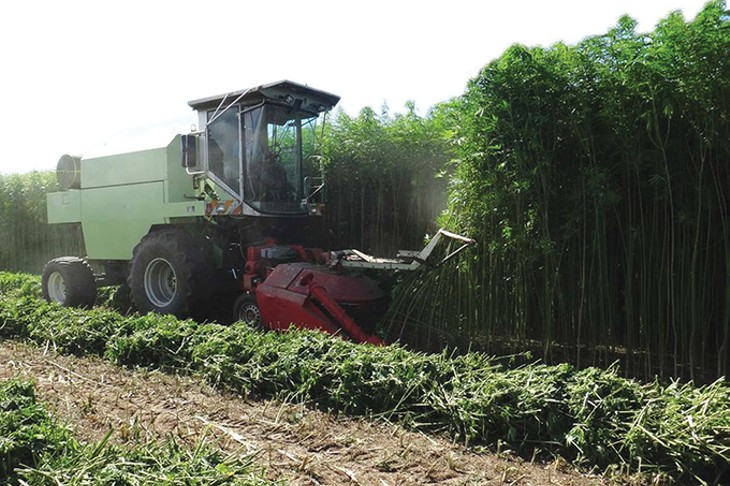 “We’re talking about something that has been lost in Oklahoma history,” Whalen said, noting that there isn’t a single mention of medicinal marijuana in Oklahoma history books or by any state department but there are many examples of  `

marijuana prescriptions by Oklahoma doctors that predate the 1937 outlaw in private collections.

“It’s not stuff mentioned in the history books; you have to dig to find it,” Whalen said.

As recently as 2006, 98 percent of domestically eradicated marijuana by the Drug Enforcement Agency is what is considered “ditchweed,” also known as feral hemp. In 2001 alone, 15.8 million ditchweed plants were destroyed in Oklahoma by the DEA. The plant has no psychoactive chemicals and no value as an illicit drug. They are remnants of Oklahoma’s industrial hemp production of the past.

“[The expo] is a welcome home party to Oklahoma for an entire [industrial hemp] industry,” Whalen said. 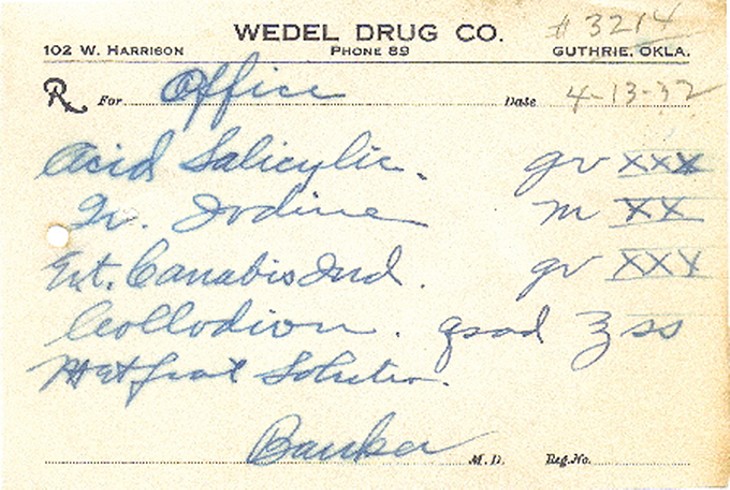 Colorado-based Dr. Regina Nelson is among the guest speakers that include a one-on-one Q&A session designed to normalize the use of cannabis for health. Dr. Chris Hudalla will explain the difference between good and bad cannabis products.  In addition, speakers will answer questions on cannabis cultivation and its impact on fitness.

“One of the biggest things people can expect is education,” Whalen said. “Vendors will deal in products, but a lot of this event is about what is coming to Oklahoma with the industrial hemp law.”

Whalen said Fallin and other legislators have been among those who have toured Can-Tek’s facility to learn more about CBD and hemp production.

“They see the back end and how fast this is building,” Whalen said. “Many cannabis-based companies have hit pushback in Oklahoma due to the word ‘cannabis.’ ‘Cannabis’ has been a very taboo word in the United States, but we’re only talking about industrial hemp.”