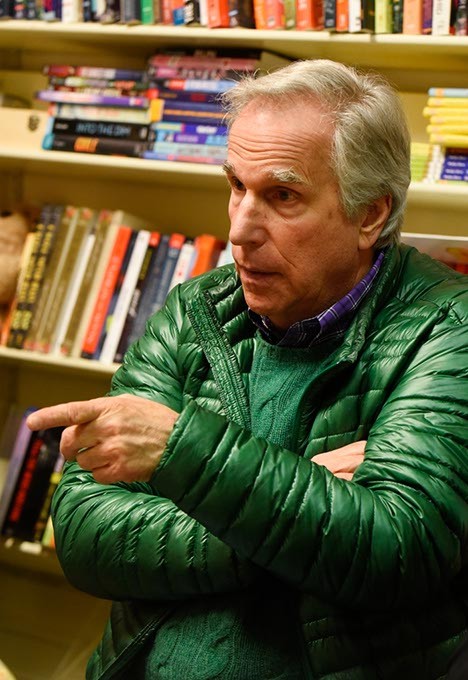 When people think of Happy Days, they remember Arthur Fonzarelli. The Fonz’s few weaknesses are not as easily recalled.

Fonzie, played by actor Henry Winkler, became a television and American icon during the sitcom’s run in the ’70s and ’80s. He was the coolest guy in town, he could fix anything and he got all the girls. But he also was a slow learner and had trouble in school.

Winkler, who is dyslexic, could relate to his Fonzie character in that way. The Fonz’s learning disabilities didn’t come to define him because his character wasn’t represented. He was a neighborhood champion, and above all, he was funny.

Decades later, Winkler revisits that formula to impact a younger generation. He is co-author of the Here’s Hank book series featuring Hank Zipzer, a character loosely based on a childhood version of Winkler.

Winkler and co-author Lin Oliver spoke with Oklahoma Gazette at a publicity event promoting the newest book in the series, You Can’t Drink a Meatball Through a Straw. All the books in the series are written in a special font designed for dyslexic readers. But Winkler’s immediate concern was not the novelty of the book; it was the quality of its content.

Did it make you laugh? he asks. He earnestly waits for an answer, as if seeking validation.

“We write comedy,” he explained. “These are not self-help books. These are not, ‘Oh, isn’t it terrible? The guy’s got a problem.’”

Yes, the book is funny. 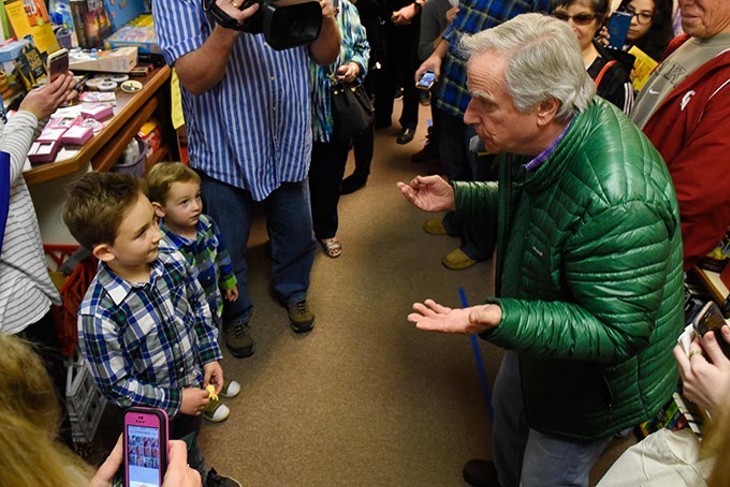 Winkler has played one of the most ubiquitous characters in television history and was also on Arrested Development, but in the author bio on his book’s jacket cover, Winkler lists his Hank Zipzer series as his most satisfying career accomplishment.

“Outside of my children and my grandchildren, I am the proudest of these books,” he said. “That they exist in the first place, that I’m part of a writing team, that we are intertwined in the process, every detail is ours, knocks me out of my shoes.”

Winkler never pictured himself as an author before. His inability to focus on a book or any written words felt like a great personal failing, despite his fame. When his agent, Alan Berger, first suggested he write about his struggles in a children’s book, the actor dismissed the idea. He wanted to help kids like him, but he thought there was no way a dyslexic person could write a book. That’s when Berger introduced him to Oliver.

Winkler and Oliver have developed a fun, team-based writing process. Winkler dictates his thoughts as Oliver interjects. Both put quality humor as a top priority.

“Whereas most novels are probably written in a cave by someone acting miserable, ours is the opposite experience,” Oliver said. “We collaborate, we write together, we listen to each other, we laugh. If we’re not laughing, it doesn’t get in the book. So it’s really a very joyful process.” 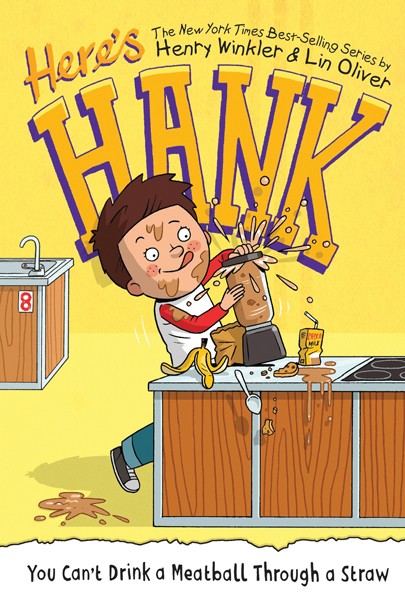 This was Winkler’s second visit to Oklahoma City, but he has felt a long-standing attachment to the state, mostly because friend Ron Howard won’t stop talking about it.

Howard, born in Duncan, met Winkler while playing Richie Cunningham on the Happy Days set before going on to become the famed Hollywood director of A Beautiful Mind and The Da Vinci Code.

Winkler’s affection for the state is also strengthened by his love of Ada-born Blake Shelton. The actor is a dedicated fan of The Voice TV talent show and said he is disappointed Shelton’s girlfriend, Gwen Stefani, is absent from this season.

“I went last year to hear [The Voice] live because that guy, Jordan Smith — and I just downloaded his album — when he sang the Freddie Mercury song [“Somebody to Love”], I got out of my chair,” Winkler said. “That was astounding.”

His enthusiasm for The Voice is matched by his confidence in his signature snack.

He said he’s skilled at preparing breakfast, but he’s especially proud of the treat he often prepares for his friends and family: a bowl of brown mustard with thinly sliced cheese and prosciutto folded around the edge, to be dipped together or separately.

Winkler appreciates the power of humor, but he couldn’t be more serious about this book series. It’s obvious that Here’s Hank is much more than a side project.

Winkler’s goal is to use humor as a gateway to enjoying a reading experience. A message of self-confidence is also an underlying theme. He said it doesn’t matter how a child does in school; it doesn’t mean they are brilliant or resourceful.

“That is the takeaway,” Winkler said, “that every kid is great and our job as adults is to support them, buoy them so that they are confident and comfortable enough to meet their destiny.”

The eighth book in the Here’s Hank series, The Soggy, Foggy Campout, is set to be published later this year.