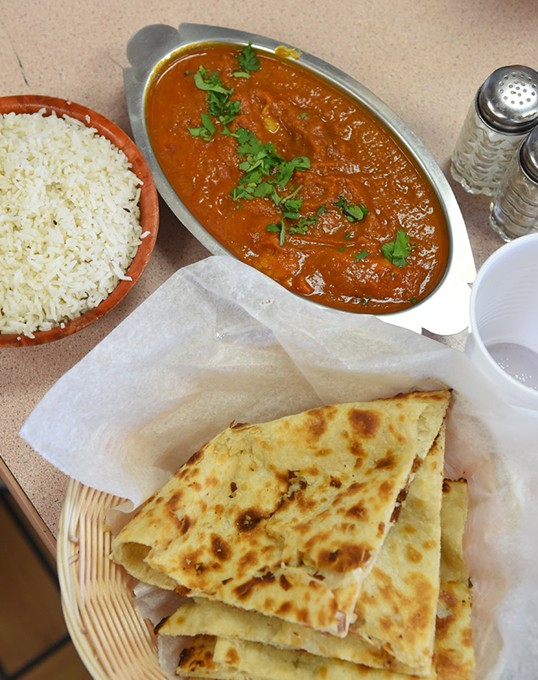 Some of the best food of my life has been eaten in a gas station. I’m not referring to the tubes of mystery meat rolling on a conveyor belt of congealed sadness or even the delightful packages of powdered donuts.

I’m referring to independent, family owned shops that set up in a section of a gas station often reserved for slightly scaled-down versions of fast food franchises.

It’s no secret that the restaurant business is one of the most grueling to enter. Profit margins are so small that it becomes difficult to makes money with just one property. That’s why so many of Oklahoma City’s most successful restaurants are part of larger dining groups or have lengthy lists of partners.

If an independent entrepreneur wants to open a restaurant, does it make sense to pour money into renovation and rent for a potentially high traffic area like Midtown or the 16th Street Plaza District? That’s a risky proposition.

If the choice is between opening a food truck and opening in a gas station, I would prefer to take a chance on the gas station. From weather concerns to costs incurred from trying to maintain a giant mobile kitchen, there are a lot of variables that eat into your bottom line with a food truck. Of course, you can move the kitchen directly to an audience and gaining that audience might be the most difficult part in opening up in a gas station. There will always be a portion of the population that is skeptical of a gas station restaurant, but it shouldn’t be the case.

Since opening earlier this year, Lip Smackers is fast laying claim to offering one of the city’s best hamburgers.  A little more established but perhaps slightly off the beat path is Tandoor, the Indian restaurant and grocery attached to the Checkers Truck Stop at 1901 E. Reno Ave.

The set-up at Tandoor is a little bit different. On my first trip to the restaurant, I was concerned I was at the wrong place because when you pull in off Reno Avenue, there a large sign for Subway on the premises, and the small sign for “Indian Grocery” is easy to miss from the roadway.

I was surprised to see that the Subway takes up as little room inside the main section of the convenience store as possible. Tandoor occupies the large dining room to the left of the building that is flanked with a market stocked full of rice, lentils, spices, and frozen treats.

There is no buffet service and the Tandoor staff works dutifully in the kitchen behind a large red curtain, but prepare to wait a few minutes for fresh food, because it is worth it. Customers place their order at the restaurant counter and bring a ticket over to the convenience store counter to pay.

The restaurant, which is open seven days a week, has a much more robust variety of offerings than I was expecting. The menu is highlighted by appetizer offerings including three varieties of chaat (chickpea salad) and I would recommend the samosa chaat so that the familiar fried dough-filled treat gets a dash of fresh vegetables to cut through the deep-fried deliciousness.

The rest of the menu is split evenly with vegetarian, non-vegetarian options like chicken and goat and five types of biryani — the mixed-rice dish. 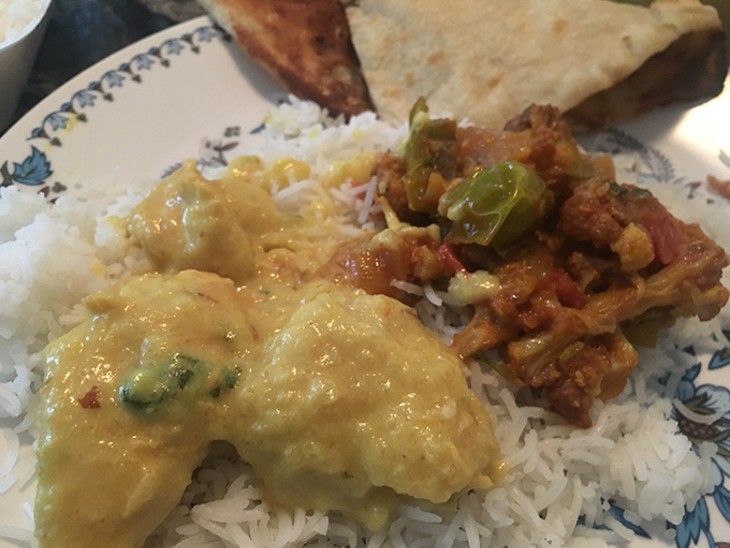 My first experience with Tandoor was a mid-afternoon meal just after lunchtime. I was surprised to find a few other customers seated around 2 p.m., which was a great sign: business at non-peak hours. I ordered the chicken qorma ($8.99) after being told they were out of goat, and the allo gobi ($7.99) with two orders of regular naan.

Chicken qorma might rank behind butter chicken and tikka masala as most famous Indian dishes in the United States, but for my money it’s just as good. The chicken is braised in a mixture of stock, cream, cardamom, ginger, garlic and chilies. The cream cools the dish but doesn’t make it too heavy.

The allo gobi is a mixture of cauliflower, potatoes, tomato peppers and onions, and was a surprise standout of my first meal. The dish packs nuttiness reminiscent of a roux while showcasing slight sweetness from the onion and tomato. I ordered each dish as mild, and the staff backed off the heat.

I waited about 30 minutes for my order to arrive, but the restaurant is equipped with large couches, which made the wait comfortable. I called in my second order, and it was delivered about 35 minutes after my initial call was placed because the food is prepared to order.

My second trip included chicken karahi ($9.99), which can’t be made quickly. The dish is prepared in a wok and takes a minimum of 30 minutes for all of the chilies to meld together. I ordered a medium heat and it delivered much more spice than my first trip.

I also tried the bhindi masala ($7.99) because I’m a big fan of stewed okra. The sauce was similar to the karahi. I liked that the okra retained some texture while getting rendered sweetness from the onion.

The naan is a star at Tandoor. Each trip yielded fresh flatbread that accompanied the meal well. Tandoor delivers some of the best Indian food in the area in a nontraditional setting. I would recommend calling ahead to cut down on wait time, but with easy access near Interstate 40, it should be in your rotation for takeout or leisurely dinners that include time perusing the attached market.

Tip: Its attached Indian market is filled with hard-to-find spices.