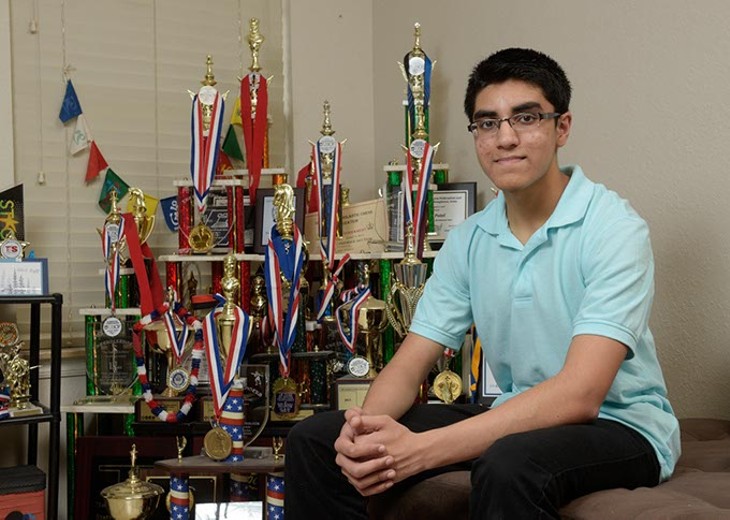 Advait Patel, the first Oklahoman to achieve the rank of international master from the World Chess Federation, has long since forgotten one of the formative experiences of his life.

He was 7 years old when he first learned to play chess on a trip to India. His grandfather taught him the game to keep him occupied when it was too hot to go outside. For Patel, now a 15-year-old junior at Carl Albert High School in Midwest City, that was half a lifetime ago.

Now that Patel, who won the annual Oklahoma Open State Championship for the fourth year in a row in June, is on track to become a grandmaster, other people remember and track his tournament games for him. A quick Internet search of Patel’s name brings up several sites chronicling not only his wins, losses and draws in high-stakes matches, but in some cases every move in algebraic notation. At least one site allows users to play against a computer-controlled opponent said to simulate Patel’s playing style.

To prepare for high-stakes tournament games, Patel studies profiles of his opponents, looking for trends and potential weaknesses. Paying close attention to past games is now “almost a necessity.”

“The smallest advantage is usually decisive at my level,” he said. “The margin of error is so small. … It’s pretty difficult to play at an international level.”

Competition is fierce, but players are typically friendly or at least courteous, unless they know each other well enough to kid around.

“Usually between friends we trash talk and stuff,” Patel said. “There’s kind of teasing and stuff, but it wasn’t any serious stuff. For most players, it’s pretty formal. No one will talk before the game, and then after the game, people will be nice to each other. They’re not going to, obviously, diss anyone.”

Patel also studies his own past games in search of ways to improve himself.

“No one plays a perfect game,” he said. “There’s obviously mistakes in every game. You can always look at those and try to avoid them later, and that’s what I try to do with my games.”

Though he studies his opponents and himself, Patel said he does not spend too much time poring over classic chess matches, preferring to focus on the matches ahead of him.

“My knowledge of the history of chess is actually not that great,” he said. “I’m more of a player than a historian.” 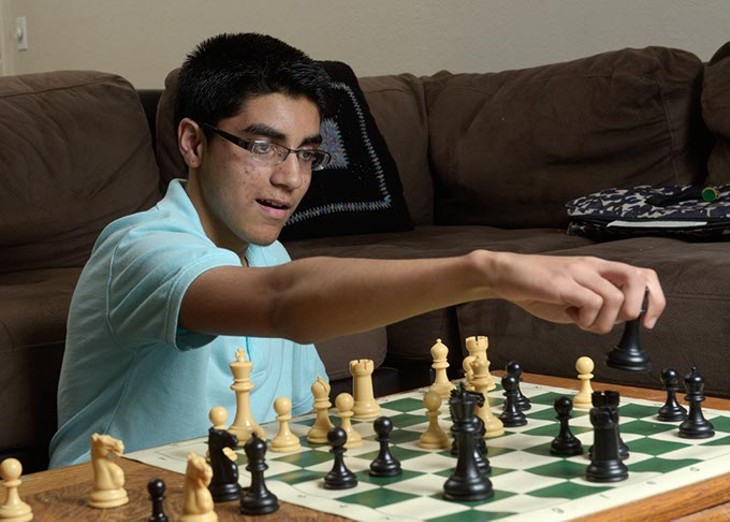 To reach the grandmaster rank, an international master must achieve three “norms,” a designation of high-level play in an official tournament. Patel has already achieved one grandmaster norm and is the first chess player in Oklahoma to do so. He must also achieve a World Chess Federation rating of 2500. His current rank of 2448 makes him the highest rated player in the state. He has also set a record by winning the state championship four consecutive times. At this point in his chess career, Patel has to go out of state to advance any further toward becoming a grandmaster.

“Compared to other states, Oklahoma is not very competitive for chess,” he said. “The people here are really nice, and they’re setting the stage for a lot of initiative for chess, but some other states will have, like, five, 10 grandmasters in the state. Here, where I’m the highest-rated player, it’s kind of hard to find competition without traveling really far, to Dallas or St. Louis.”

To help cover the cost of traveling to tournaments, Patel’s parents hold fundraisers at Fusion Kitchen, the restaurant they own in Midwest City. While improving his chess game and his world ranking is Patel’s primary focus now, he said he originally began playing competitively just for fun.

“I didn’t have a serious attitude toward chess until after I started realizing, ‘OK, maybe I could be pretty good,’” Patel said. “But before that I was just, you know, whatever, ‘We’ll play a tournament and see what happens. Why not?’”

In the first tournament he entered in his former home of Parkersburg, West Virginia, Patel said he lost all his games, but playing David Saville, a chess teacher who saw potential in him, changed Patel’s attitude toward the game.

“I got crushed in the game we played,” Patel said, “but eventually, I started getting the hang of it. Two years later, I started beating him in practice games, and I think that same year, I managed to beat him in the tournament game.”

Patel moved to Oklahoma in 2014 and won his first state championship at the age of 11. He credits Saville’s mentorship for his continued passion for chess and for putting him on the road to becoming a grandmaster.

“I think I would have played like a couple of school tournaments here and there,” Patel said, “but if he didn’t teach me, I don’t think I ever would have gotten this far.”

Now, Patel’s every move forward has to be much more calculated than when he was playing for fun.

“Chess is way more defined than poker, because there’s more luck that goes into poker,” he said. “So if I want to try something crazy, more often, I’ll just get punished for it.”

But the need for serious deliberation is one of Patel’s favorite aspects of chess.

“I’m responsible for my decisions,” he said, “and I don’t have to rely on anybody else.”