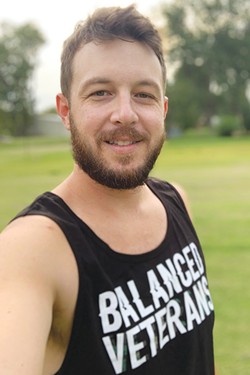 Whether you are in the mood for a casual barbecue or a classy evening out, two cannabis-related charities hold benefit events this weekend in Oklahoma City.

In addition to the barbecue at the Summer Debrief, the event also features guest speakers, giveaways and a live DJ. Proceeds go toward veterans’ education and advocacy. Tickets are $25.

“I am an eight-year Air Force veteran and have struggled with mental health, suicidal thoughts, stuff like that. I’ve been out since 2012 and kind of never found relief and then Oklahoma passed [State Question] 788. I got my card, and now I’m on zero pills,” said Daniel Stevens, president of the Oklahoma chapter of Balanced Veterans.

Balanced Veterans is a national organization that started in February, with state chapters already operating in California, Pennsylvania and Iowa, with Colorado and Oregon chapters coming online soon.

“I was actually trying to start my own thing in Oklahoma, something similar, when we decided to just team up, and now I have the Oklahoma chapter. And it’s really starting to accelerate,” Stevens said. “Our whole premise is to build a digital and real community for veterans outside of the VA who are using cannabis — we call it alternative therapies — to treat their wounds and their mental illnesses after the military, and it’s gone really strong. We’re basically leading the way because we’re the only group right now actually getting out to all the events and actually getting sponsored a little bit by some of the bigger names here in the state cannabis industry. On August 17, we have a party at Lucky’s Grow Supply, where we’ll be raffling off TVs and grow tent supplies and genetics to veterans and to eat and hang out.”

In addition to that event, they will also be attending the Oklahoma Cannabis Cup and have been at CannaCon and Green Grow Expo events in the past. They will continue to attend future events as the industry and organization progress.

“Most of the engagement is online. We go online and do live videos, and we just get on a chat. I have veterans DM me all the time when they’re struggling or trying to get resources,” Stevens said. “We’re trying to build that system where veterans can get the relief they need and join our team. It doesn’t really matter if it’s us. There are other veteran organizations, and we want to support all of them because our opinion is that we’re all trying to accomplish the same thing, which is to bring the veteran suicide rate down.”

In the six months since they have started, Stevens said they have networked with an estimated 200 veterans.

“We’re going to be going on a walk the next morning because there’s another organization that they go on walks and they medicate. They’re called Walk and Talk,” Stevens said. “We want to show our support with other organizations, so we’re going to go out and do that the morning after the party. We’ve got people coming in from California, Pennsylvania, Iowa for the party.” 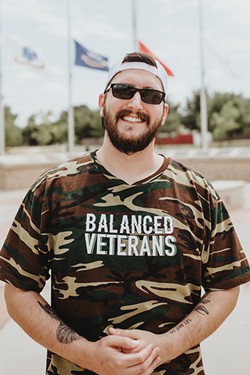 “The number one thing that we can do to push this program forward is get exposure because the more and more people hear about it, the more they want to get involved,” Dedmon said. “It’s a joint effort. Everybody’s got to come together. Otherwise, I could get RSO by myself to maybe a few dozen people, but the whole state comes together, and it really starts to take off in an amazing way. I was laying in bed, scrolling through Facebook, and I saw somebody post — I don’t even remember who it was — and it was just about the cost of their chemo treatment. And I started thinking about what all cancer does besides attack your body and kill you. It can attack you financially, emotionally. At the time when we’re facing our own mortality, a lot of things are very difficult for us to process, not the least of which being financial issues. A cancer diagnosis pretty much guarantees financial devastation unless you’re very well off, and so most people that get diagnosed with cancer have to choose between leaving a nest egg for their family or spending extra months with them. And that’s just the most terrible choice I could ever think to make.”

Dedmon already had Paragon Extracts up and running at the time when he came up with Operation Zero.

“It’s hard to go and approach growers and ask for donations when you don’t have a legitimate nonprofit type of project running, and so we kicked in a little bit to get the ball rolling, so that we could say, ‘Hey, look, we’ve got penny FECO in 15, 20 dispensaries. Would you like to be a part of this operation?’” Dedmon said. “And after that, man, the community did the rest of the work. We started getting calls started getting donations, people chipping in little percentages of their harvest.”

Dedmon said they have already partnered with about 40 dispensaries to whom they sell the oil for a penny who then turn around and sell it to patients with proven cancer diagnoses for a penny.

They are holding the Black Tie Affair to pay for packaging costs for the extracted oil.

“We’re looking for silent auction donations and corporate sponsorships from local companies in Oklahoma,” he said. “We’ve got several companies that have already signed on for a sponsorship, but the more the merrier. We don’t have any title sponsors yet.”