A group of advocates aiming to inspire reform at University of Oklahoma started a podcast to expose corruption and misconduct. 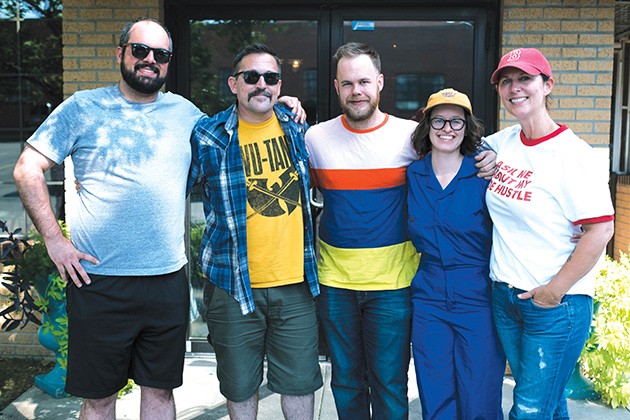 A group of Oklahomans demand sweeping reform at a local university. On Our Campus, a podcast co-hosted by former university dean Suzette Grillot and independent journalist Marty Peercy, was created to achieve that goal by shining light on corruption and misconduct at University of Oklahoma (OU).

Its inaugural episode Sept. 7 featured calls recorded by Grillot with OU regent Renzi Stone and former president David Boren and revolved mostly around the secretive presidential search that led to hiring James Gallogly, the university’s 14th president who ultimately resigned with less than a year in office.

“I kept working on the inside, hoping that people with the power and the responsibility to do what they were supposed to do would do it, and they never did,” Grillot told Oklahoma Gazette. “You can see and hear now true evidence of that. I mean, I’ve said that, but now you hear them saying that they did not do what they were supposed to do. … Those two recordings are really reflective of a big problem, and so we started there, but it’s certainly not the end. There is a lot more to come.”

Grillot refers to her conversation with Stone in which he admits that the regents believe Boren “stayed too long.” Stone also tells Grillot that secret searches are a “disaster” in a lot of ways and that there are “morale issues.”

“There is no ‘staying too long’; that’s your responsibility,” Grillot said. “They indict themselves. Renzi indicts himself and the regents … in this entire disaster because they failed to supervise the president, they failed to remove him in an appropriate period of time, and so they really violated the public trust and betrayed us. This is really critical. They betrayed the state, they betrayed the students, faculty and staff and their families and they have to be held accountable for that.”

Boren announced his retirement Sept. 20, 2017, after which a committee formed to find his successor. Grillot, along with other OU community members, released an open letter asking the board of regents for transparency, but the search continued in secret until March 26, 2018, when Gallogly was introduced as OU’s next president.

Stone, chairman and CEO of PR firm Saxum, released a statement characterizing Grillot as “a vocal critic who is currently suing OU” and encouraging people to listen to the entirety of the conversations. He also said he is pleased with interim president Joe Harroz’s work so far but the regents “recognize more needs to be done.”

Grillot was terminated as a dean after declining to take a “substantial amount of money” and sign a nondisclosure agreement, but she is still a tenured professor. She is currently suing OU, Gallogly and provost Kyle Harper for gender discrimination. Jess Eddy, an OU alumnus who accused Boren and former vice president Tripp Hall of sexual misconduct, is also part of the effort to impact change on campus.

On Our Campus is produced by Kind of Company’s Katrina and Nate Ward, OU alumni who said they also have stories of corruption from their time at the university.

“Ultimately, the goal is a recentering of values and mindset at the university.” — Nate Ward tweet this

“We each have had our own experiences of trying to work through the systems at OU for change. We’ve all seen corruption at OU,” Nate Ward said. “We’ve all, in this group, tried to work through systems that are in place for change at OU, and we’ve all found the systems to be insufficient. The systems have not actually been there to work for the best interest of the people that they’re theoretically there to serve. They’ve been there ultimately to further cover up and enable corruption.”

Katrina Ward said beginning the podcast with recordings of Stone and Boren illustrates that the corruption is deeply ingrained at the highest levels of the university.

“This leads into a larger conversation about people in power without checks and balances, whether that’s at the University of Oklahoma, at the state level or leading into larger functions of government,” she said.

Peercy is the only member of the group without a direct affiliation to the university.

“I didn’t go to OU, and I haven’t tried to work through OU’s systems. I come to the table as an independent journalist and as someone who’s ... deeply committed to equity. This is a public institution. It belongs to me; it belongs to all of us,” he said. “As a product, as a commodity, that degree from the University of Oklahoma is devalued systematically as these problems amass.”

The group said they want the regents’ selection processed reformed. Currently, the regents, many of whom do not have experience in higher education, are governor-appointed positions.

“Ultimately, when it comes down to it, we have no say in who the regents are except for at the ballot box when we elect the governor,” Nate Ward said. “It sure is a frustrating and, frankly, disheartening thing that we don’t have the ability to hold accountable the people who are making decisions on how to use our money, and when I say ‘our,’ I mean the state of Oklahoma. ... A lot of money is being spent covering up and hiding corruption at the university, and ultimately, there are no checks and balances for the people at the top except for the governor.”

She also wants reforms of offices meant to help students like Title IX, human resources and Equal Employ-ment Opportunity Commission and the elimination of nondisclosure agreements. However, the group said its ultimate goal is for OU to begin acting with integrity again.

“I wouldn’t say, ‘OK, we’re done,’ as soon as these things are checked off because ultimately, the goal is a recentering of values and mindset at the university,” Nate Ward said. “These are essential to get there … but we’re not done when we check those things off but when the university is authentically in a place where they’re operating in good faith after they’ve done these essential first steps.”

While not yet ready to divulge what future episodes and seasons will center on, Nate Ward said they have only began to scratch the surface of corruption at OU and in higher education in general. Katrina Ward said On Our Campus’s website serves as a place for people to get help in general or share their stories.

“There is power in numbers. Showing up and using your vote is super important, but also, this is not the only place to show up and use your voice,” Peercy said. “Who’s your state rep? Who’s your state senator? I know who your governor is. These are people to communicate your frustrations to because, ultimately, they’re in charge of this. … That’s very important to me that people reach out to their representation as well as supporting efforts like ours. Just listen to the podcast, share it, tell people to subscribe.”