Sophia Massad has no patience for romantic partners who discourage or insult their counterparts as a mechanism for dealing with their own insecurities. Her conviction comes from firsthand experience.

“It sucks,” Massad said. “There’s no reason to be in a relationship with someone who’s putting you down.”

The local musician, singer-songwriter, vocal coach and music production student — known for her solo indie-rock project and as one of two lead vocalists in The So Help Me’s, the five-piece stargazing math-rock band — makes her disdain perfectly clear on her new single “Insecurities.”

“I know you and all your insecurities,” she sings. “You’d let them rule you and let them hurt me.”

“Insecurities” was released May 4 and can be downloaded at sophiamassad.com. It is one of several singles Massad plans on releasing over the next few months in lieu of an EP or album. Her solo project features a revolving cast of supporting musicians, but the players on the single include The So Help Me’s drummer Ethan Neel, Pax guitarist Tristan Todd, bassist Chris Anderson and keys from Johnny Manchild.

Massad wrote the song in January 2017, one month before officially joining The So Help Me’s. She was not out of music, but she was not making the kind of music she enjoyed either. That stagnation was just one part of her overall discontent.

One night, when she was particularly fed up with life and the people around her, she stormed off and wrote something totally from her heart. And then she promptly trashed it. The song was just too real and she felt too vulnerable. 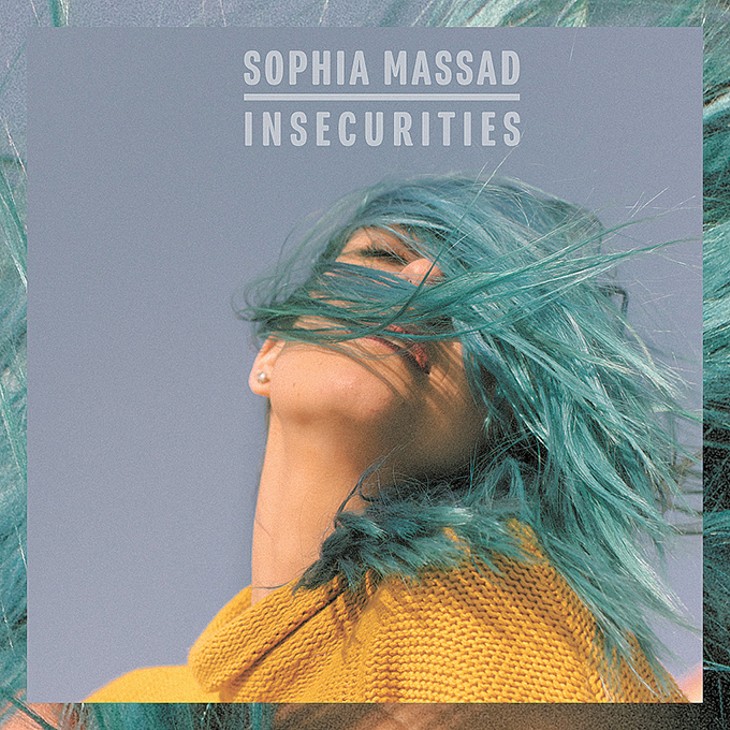 But the song’s melody and chorus never left her, even months later. She eventually decided to write it over again, reviving the tune for an Academy of Contemporary Music at the University of Central Oklahoma (ACM@UCO) songwriting class. She was nervous about how her class would receive “Insecurities,” but the feedback was really positive.

“People were really into it,” she said, “so I just decided to start a project of my own and start doing my own thing.”

The song might be about the insecurities of another person, but deciding to put out “Insecurities” and begin her own solo music project helped Massad conquer some of her own self-doubts. She was ready to take the reins on her own musical career and guide it in her own direction.

“I think this song really helped me come out of my shell, just writing what I wanted to write and being able to perform it on stage,” she said.

At age 16, Massad filled her mother in on a life decision few parents would be too keen to hear.

Massad dropped out of high school to record a radio-pop self-titled debut EP, which was released in 2014 when she was 17. Other parents might have balked at such a decision, and while Massad said her parents did not love her desire to leave school, they were musicians themselves and knew music was the path she always wanted for herself.

Massad comes from a very musical family. Her brother is Erich Massad, who was in the first graduating class of ACM@UCO and is vocalist/guitarist for the band Moongiant. Her parents were in bands and constantly played music at home when she was growing up.

“Every single night, they were playing music,” she said. “I thought they had written a bunch of Crosby, Stills and Nash songs and Beatles songs. I was like, ‘You all are great songwriters!’”

Her parents let her pursue her music dream under the condition that Massad complete her high school education later.“They trusted that I would do it and that I would finish high school,” she said.

"I think this song really helped me come out of my shell." — Sophia Massad tweet this

Not only did Massad keep her promise, but she completed her four-year high school course load in just three total years. The promise of a musical future free from outside impediment was a powerful motivator.

Creating her self-titled debut at 16 did more than put an album under her belt or help her work through a phase of what she thought being a music performer was all about. It opened her eyes to the magic of music production. Massad is a dual vocal and music production major at ACM@UCO.

The technical side of recording and album arrangement is one typically full of males. Massad said it is hard for her to earn respect in the studio as someone who knows what they are doing.

“Because it’s so behind the scenes,” she said, “I walk in as a pretty girl and people go, ‘Oh, she’s just pretty,’ you know?”

Massad is routinely the only woman in her music production classes. She said most people at ACM@UCO assume she is strictly a vocal major. They definitely don’t expect her to be able to name off every type of microphone she needs in a recording situation or know how to solder a guitar — two skills of which she is proud.

“I definitely studied harder than a lot of guys,” she said. “I even feel like it’s a really good place for women to be, just because women definitely are more detailed when it comes to that kind of stuff. Like, if I’m mic’ing drums, I’ll be so much more particular about my snare sound than a lot of guys would be.”

While she has a passion for music production, Massad is trying to keep her options as open as possible. That not only includes proficiency in performance and recording skills, but an interest in a wide variety of genres and styles as well.

One day, she might be building a guitar; the next, she could be writing a pretty song. Like many good creatives, she never wants to impose stringent limits on herself.

“If you look at other artists — like people who are painting or people who are writing — they’re doing different stuff all the time,” she said. “You don’t see them putting themselves into a box, so I don’t see why musicians have to do that. It’s all fluid.”