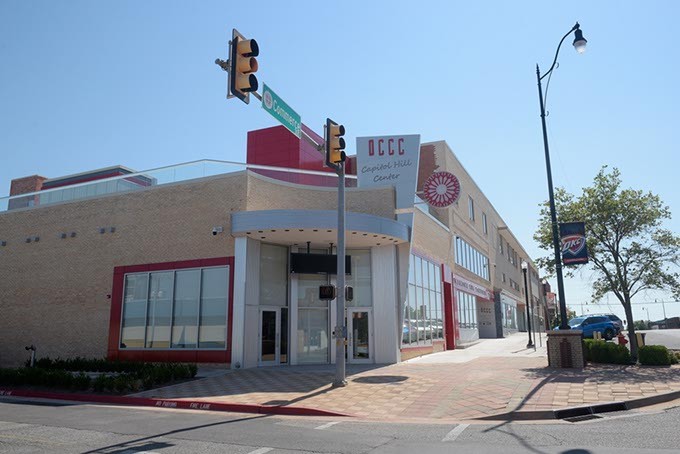 More than two decades ago, the once-thriving commercial district known as Oklahoma City’s Historic Capitol Hill had fallen on hard times and become a run-down area with a rough edge.

In 1993, the Arzate family opened their Mexican restaurant, home to the bread torta, in the area. After a couple years and countless calls to local police, Santiago Arzate Sr. proposed a solution to further push out the unwanted criminal activity and promote the rebirth of an urban neighborhood: a block party.

The party proved to be the spark that rekindled the spirit of Capitol Hill, which traces its roots back to the 1889 Land Run and served as a successful commercial district for decades. The 1970s suburban sprawl and ’80s oil bust hit the area hard. Attracted by low rent and abundant open spaces, Oklahoma City’s Hispanic community began to move into the area in the late 1980s and ’90s. New business owners brought an entrepreneurial spirit, much like the generations before them.

Throughout the year, people of all ages visit the district for events, including Fiestas de las Americas, Cinco de Mayo and Fiesta Fridays (a street festival held every fourth Friday throughout the summer).

“There is just this unquestionable synergy in the area,” said Santiago Arzate Jr., who was a teenager when his family first invested in the area and is now chairman of Calle Dos Cinco in Historic Capitol Hill. “It has taken so long for more and more people to really realize. It’s starting to show its beauty.”

“Our goal is to make this a place where people want to be because of its unique architecture, history and proximity to downtown,” Cervantes said. “We can bring it back and celebrate the diversity. We like knowing that we have a unique opportunity to highlight culture: the music and the arts, the food and the people.”

While revitalization talks first began around the millennium, efforts are far from over.

Cervantes views the community college and library projects as needed catalysts; however, Yale Theater, which is undergoing renovations to become an event center, is ushering in the next wave of change. Remaking historic buildings paves the way for coffeehouses, boutiques, restaurants and more to set up shop.

To further strengthen the economic development efforts, district leaders have turned to the arts, which have proven to be a fundamental component of revitalization in OKC and across the nation.

A year ago, the district joined Oklahoma Arts Council’s Cultural District Initiative, a grant program centered on providing urban and rural downtown communities with the training to leverage their arts and cultural assets for furthering community and economic development.

Built on the belief that the arts are a powerful antidote to revitalization, the state’s art agency instituted the program first in northwest Oklahoma’s Alva in 2013. Christina Beatty, the council’s community arts director, described the program as a holistic approach to community development.

When a community fosters its authentic arts scene, community enhancements tend to follow, which can attract businesses beyond the arts industry. People and dollars are drawn from outside the community.

Capitol Hill is poised for such a benefit, Beatty said.

“There is so much in terms of history but also a juxtaposition in terms of where they are today,” Beatty said. “Capitol Hill really brings a different cultural experience and a different flavor. It is really a great opportunity.”

District leaders are focused on educating residents and visitors about the past while also providing entertainment with a “Latino flare,” Cervantes said. During district events, it’s not uncommon to hear the sounds of mariachi music or watch a traditional Mexican dance.

During the district’s arts committee meetings, discussion centers around murals and public art projects to deliver an existing daily arts scene to visitors and residents, said Kristen Vails, who volunteers as the arts committee chairwoman.

Murals and public art, along with galleries and studios, come by involving artists. Last month, the committee hosted its first artist networking night, which Vails said spurred interest in the evolving district.

“I’ve heard from artists that they are looking for a place where they can be involved in a community,” Vails said. “Artists would rather be in a historic area that has the opportunity to become a creative community. The district’s events do a great job of giving people a little taste of what it can be.”

The district is still years away from reaching its full potential. Moving forward, it’s the relationships built among investors, artists, neighbors, city leaders, property owners and more that will help the district’s vision be realized, Cervantes said.

“It’s the relationships that really build community,” she said, “and that’s what it is going to take.”