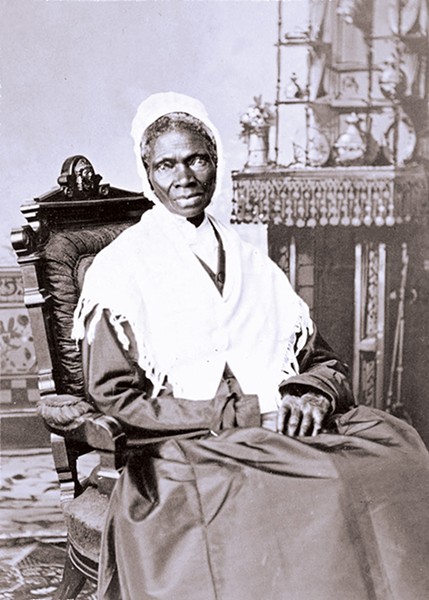 Every suburban university worth its salt has at least one firebrand professor pushing big ideas to rattle the norms of its sleepy campuses. Pam Bracken is that firebrand for Southern Nazarene University (SNU), and she is reveling in the dramatic swing to interculturalism that has reshaped the campus from back when she began her career as an English professor in Bethany 25 years ago.

To celebrate Women’s History Month as well as the university’s growing spirit of diversity, she helped organize a trio of events on Tuesday featuring Ain’t I a Woman, a one-woman show about the lives of abolitionist Sojourner Truth, civil rights worker Fannie Lou Hamer, novelist and anthropologist Zora Neale Hurston and folk artist Clementine Hunter.

“We’ve been doing a lot of concentrated effort at SNU to talk about diversity, to own the need we have as a campus,” Bracken said, adding that SNU really hasn’t hosted an event like Ain’t I a Woman that addresses issues of race and gender so directly. It is part of a concentrated push by SNU to move the campus into something more reflective of the surrounding community. In 2001, 83 percent of traditional students at the university identified as white compared to 56 percent in 2018.

“We are sitting at 38 percent African-American and other minority students, which has never been a part of what SNU was like in its previous existence,” Bracken said. “We created a racial diversity taskforce a couple years ago, and we also had a group of university forums.”

Bracken also said that the addition of Lena Crouso as the inaugural vice president for Intercultural Learning & Engagement was critical to the continued evolution of the campus. On its website, SNU describes Crouso’s role as providing leadership for the “design and implementation of institution-wide efforts to ensure diversity, inclusion, equity, respect, and the way of reconciliation is lived out in the SNU community.” That is a tall order for any campus, and certainly for one that has been largely homogenous for over a century.

“Those two years through the racial diversity task force led us to bring in an administrator who values interculturalism where we are informing one another through our cultures,” Bracken said. “Bringing her in helped with that sea change. ‘Intersections of identity’ is one of Lena’s phrases that I’m now hearing in conversations throughout the faculty and on the campus. In four years, we’ve come a long way in being willing to discuss issues having to do with race, gender and ethnicity.” 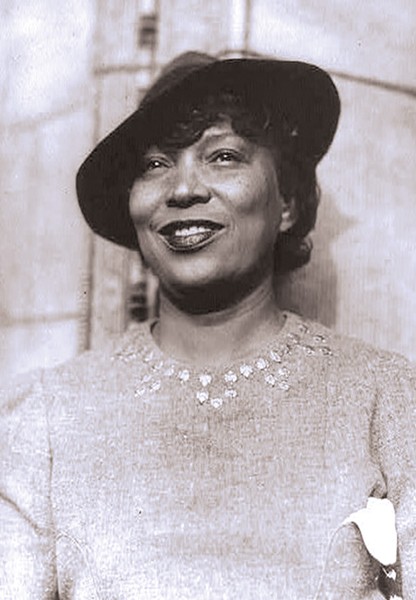 Ain’t I a Woman was written by Kim Hines and named after an extemporaneous speech by Sojourner Truth, a freed slave and renowned abolitionist. Truth spoke about gender equality and race. Shinnerie Jackson is the lone actress adopting all four roles in the one-woman show that explores the struggle of African-American women in U.S. history and the role they played in changing the perception of gender and race relations.

“My mom is African-American, so I heard about a lot of this when I was a kid,” said Evetta Soma, a current student at SNU who is helping with the event. “But I don’t think a lot of other people know this kind of thing, so it is important to teach people the various stories of our history that they might not otherwise know. I’m not Nazarene. I’m not from Oklahoma. I’m not the majority of who would normally go here. When we see things like this event, we get to have a common experience which helps us find connections with other people.”

Sidney Jones is a graduate of SNU and an intern with SNU Creative. Jones said that she has seen a big change in the culture of SNU from when she first arrived as a freshman.

“There is more openness about race now,” Jones said. “Representing diversity as a photographer had been, ‘Oh, let’s find two Hispanic students and two African-American students and four white students and put them in the picture,’ but that’s not really a natural way to capture actual diversity. As a photographer, I need to be willing to say, ‘Yes, this does seem awkward, but if you have an idea of how to better do this, let me know.’”

Jones also contributes to Humans of SNU, named after the popular Humans of New York photoblog. She helps collect stories from students with the hope of portraying the diversity of experiences and cultures that coexist on the campus.

“I don’t know how sensitive I’ve been to diversity in my life because I never really had to think about it,” Jones said. “But being an RA, I was immersed in so many levels of diversity.”

Bracken is also hopeful to inspire deeper conversations with the event, so there is a lecture at 6:30 p.m. with Dr. Catherine John-Camara in the Marchant Center Hearth Room before the performance. After the performance, there is an Ain’t I a Woman Coffee Shop Conversation that will feature a panel discussion 9:30 p.m. in the SNU Library Coffee Shop.

“It’s a way for our students and anyone else that came to the performance to talk with a panel of two women and two men,” Bracken said. “We can ask questions like ‘Do I need to know these women’s stories?’ ‘Do they have any impact on my life living where I live today?’”

Bracken added that SNU hasn’t always been able to engage with its local community and its changing demographics, but she hopes that Ain’t I a Woman might help knit the campus and Bethany a little tighter. SNU’s move to diversity reflects the changes in neighborhoods around the school, including the election of Amanda Sandoval-Lopez to Bethany City Council.

“Whenever you bring young people to the table, that really changes the ball game,” Bracken said. “Even though I teach young people every day, I still have to work on being less the boss and more of a listener. The energy they have is amazing, the ideas and how quickly they flow; we’ll have just started talking, and someone is typing and before you know it, there is a Facebook event going, then an Instagram post and they’re emailing as we’re talking.”

Ain’t I a Woman is just the first of what Bracken hopes will be many events that use performances to spur conversations about the significant cultural changes happening on campus and in the wider community.

“It’s not just about the event, but the story of what we are trying to do,” Bracken said.

Ain’t I a Woman