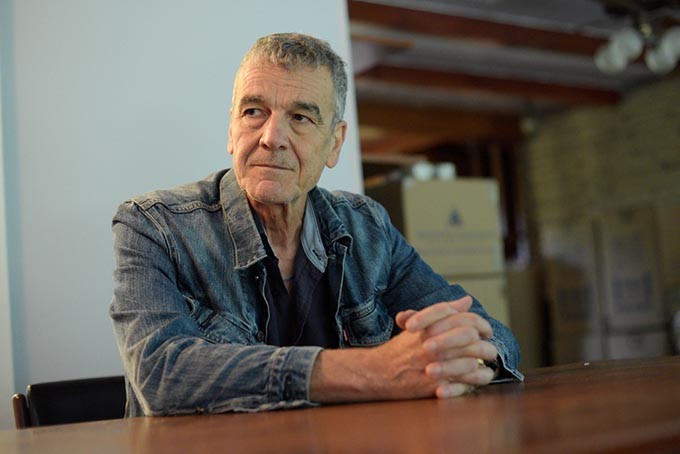 Remnants of one of the first electric acts to play at VZD’s Restaurant & Bar will bookend a significant chapter in Oklahoma City’s music history with a show Friday at the historic venue on N. Western Avenue.

Some music fans might not recognize the name of the bluesy instrumental band Trio, but local music historians will know the names of bassist Victor Goetz and guitarist Miho Kolliopoulos for past involvement with Kolliopoulos’ brother Basile. Drummer Scott Buxton of The Dirty Little Betty’s and a founding member of Red Dirt Rangers is also included.

The late Basile Kolliopoulos was a native of Greece and a pioneering punk vocalist and guitarist with Goetz in the 1970s for Fensics, one of Oklahoma City’s first punkabilly bands, and later for the punk band Fortune Tellers with Goetz and his brother Miho. Michael Newberry joined them on drums.

Basile also started the club rock band Reverb Brothers in the 1990s and was musically active until his 2013 death from cancer at age 59.

Now Miho, more than four years after his brother’s death and nearly 38 years after first moving to Oklahoma, is moving back to his native Greece for good. Trio — perhaps OKC’s last remaining link to Basile’s musical legacy — closes out an era 8 p.m. Friday during the band’s farewell show at VZD’s, 4200 N. Western Ave.

“We’ve had a lot of things over the years,” Goetz said. “Miho’s been in Greece for a number of years, but his brother’s always been over here. Now that his brother’s passed away, it really is the end of an era. It’s been a long haul.”

Miho Kolliopoulos’ decision to travel to Oklahoma and join Basile — who moved here to study art at Oklahoma City University in the late 1970s — was a move of self-preservation.

He had just graduated from an architecture school in Paris and did not have much of a plan for the rest of his life when, one day, he was served draft papers to join the Grecian army.

Kolliopoulos did not want to join. He knew his brother, who was more than 6,000 miles away in Oklahoma City, needed another guitarist for a new band he was starting.

“I weighed the two options, and coming over here was an easy choice,” he said.

Kolliopoulos briefly visited once before in the summer of 1977. He said one of his memories from that trip was that the punk scene had begun to set root locally.

“Everyone started wearing safety pins on their clothes,” he said. “That’s how I remember the time.”

Of course, Basile was a big part of that scene, if not its driving force. Fensics was arguably OKC’s first punk band, and its rhythm-and-blues-driven sound influenced the way many local musicians created their own style.

When Kolliopoulos flew into Oklahoma in October 1979, his brother picked him up from the airport and immediately took him to meet Goetz.

The two quickly established how much money Kolliopoulos had — not much — and then whisked him to a nearby music store, where they bought a Fender amp and Telecaster guitar. After that, they visited a Western wear store.

“I got me a pair of cowboy boots, and then I was set,” he said. “There was no money left — nothing. I had to work as a busboy after that.”

Kolliopoulos, Goetz and Newberry joined Basile in starting Fortune Tellers in the early ’80s, but early on in the band’s local run, Basile was called to New York City to join the band The Senders.

In Basile’s absence, Kolliopoulos and Goetz decided to form an instrumental group with the remaining Fortune Tellers members.

“Neither one of us could sing,” Goetz said of their decision to not add vocals.

That band, which would ultimately come to be known as Trio, saw many different incarnations over the years with names like the Ortegas and the Argonauts.

Basile returned to Oklahoma City in 1982 and relaunched Fortune Tellers with the same members. The band signed to French label New Rose Records and toured all over the country. The Fortune Tellers were a firm establishment at venues like VZD’s and the former Bowery, often acting as a house band for big-name acts that were passing through.

On perhaps the most memorable occasion, the band was asked to play with Bo Diddley for a local show. The Kolliopoulos brothers were both hugely influenced by Diddley as the pair grew up together in Greece.

“It was beyond a dream come true,” Miho Kolliopoulos said. “It was extremely intimidating.”

Kolliopoulos remembers meeting with Diddley for the first time at a pre-show soundcheck. He talked with the band about seemingly everything but the song list or how he wanted them to play. He was clearly a great man, but the band was a little nervous without any direction.

“In the end,” Kolliopoulos said, “I asked him what we were going to play that night. He said, ‘Don’t worry; we’re just going to warm up and just follow me.’”

When everyone got on stage that night, the band started playing a little to check their sound levels. Diddley turned his attention to Kolliopoulos on guitar.

“He turns around to me and says, ‘Don’t play like me; play around me,’” he recalled. “I thought, ‘I wish I had a diaper on because I think I’m going to lose my bladder control.’”

Yet even with Fortune Tellers’ success, its instrumental spinoff remained active. Trio became an outlet for Kolliopoulos’ songwriting, a chance for him to merge Mediterranean and Arabic scales with bluesy rock. It was a marriage that came about organically.

“You just start playing around with ideas, and in the end, you end up with something like that,” he said.

Kolliopoulos said it was always his intention to move back to Greece at some point. A few years ago, he split his time between the two countries but got tired of all the travel. His wife moved full-time back to Greece several months ago, and for a while, Kolliopoulos thought he would try splitting time in both countries again, but he soon got tired of spending so much time away from his wife.

“I got sick of going to work and coming back to four walls and a bottle of wine,” he said.

Kolliopoulos said he feels a little sad and circumspect as he approaches his farewell. He said he came to love Oklahoma as a home. Still, he is ready for whatever opportunities his future in Europe might hold for him.

“That’s how life is,” he said. “We just have to open a door and move over, and we don’t know what might have happened.”

Print headline: Era’s end, With Miho Kolliopoulos’ move back to Greece, Oklahoma City flips a page on an exciting chapter of its eclectic music history.