Even a disastrous radio promotion from 1979 tells us something about our current situation and how we look at history. 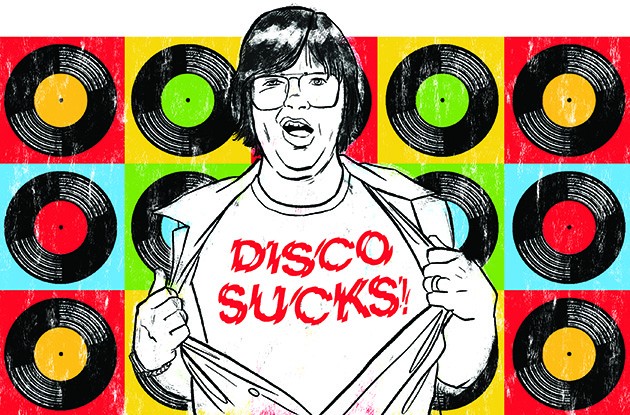 For my July 13 edition of Spy 101, the music history “class” I host on The Spy FM/KOSU, I told the story of Disco Demolition Night, a July 12, 1979 event staged by the Chicago White Sox during a twi-night double-header against the Detroit Tigers at Comiskey Park. Organized and promoted by DJ Steve Dahl, who lost his job the previous year when his rock station converted to an all-disco format, Disco Demolition Night (DDN) drew 50,000 people to a game that would normally pull a scant 15,000, mainly because the admission price — $.98 and a disco record for imminent destruction — was so enticing.

But there was more than cheap admission luring Chicagoans into the stands that night. Many white rock fans saw disco, a form of music that emerged in the early 1970s in African American, Latinx and LGBTQ+ New York clubs, as an affront to their culture. As such, they responded to the flowering of a minority cultural exponent gaining ground with the mainstream by trying to physically obliterate it. Contemporaneous accounts reported that a lot of non-disco records by African American artists like Stevie Wonder and Marvin Gaye made it into the pile.

The short version of the story is that the Disco Demolition mob might have won the battle. Disco was on its way out by late-1979 and kicked off one of the worst recessions in music business history. But disco won the war, since dance-oriented musicians of the past 40 years, from Madonna to Steve Aoki, owe a debt to it.

At any rate, I wrote in my social media promos that DDN was “one of the stupidest and most reactionary incidents in pop music,” a statement that was borne out by Dahl blasting a crater into the infield and Chicago Police Department arriving in riot gear and arresting 37 people at a radio promotion event.

Nevertheless, I received a response saying that those were different times and “there was a different sentiment about disco” back then, which is why “there apparently was interest since there were 10K more people” crammed into Comiskey Park than fire marshals would normally allow.

To be completely fair, the writer of that post does not make a habit of being on the wrong side of history on social media — I checked. But it did point out how we view things in our rearview mirrors.

We cannot judge events, works of art, public statements and other artifacts of the past based on the mores of the time and give a pass to the perpetrators because it was so widespread or God forbid, it was a “youthful indiscretion.” That is how we ignore the lessons of history.

Dahl, who was 24 when DDN took place, was a kind of scorched-earth populist. These days, he tries to laugh it all off and complains that people have mischaracterized his sentiments or attitude in promoting the event. But he used his bully pulpit as a DJ on WLUP-FM to whip up a mob. He even had a name for his anti-disco followers, the Insane Coho Lips (ICL), who carried out his will.

The same technique of sowing conflict and breeding resentment is being used in the modern culture wars against minority populations by InfoWars, Breitbart, Tucker Carlson and the Trump administration. Four decades from now, are we simply going to say that sentiments were different back in 2019?

Giving history a pass is not how societies learn from their mistakes. In 1979, at the time of DDN, it was still possible for kids to watch a Little Rascals/Our Gang short on afterschool television in which Stymie, played by Matthew Beard, wipes his brow and flicks what appears to be black sweat on a wall. For laughs. Granted, that short was not a product of 1979, but it was being tolerated and broadcast into my Tulsa home and imprinted on my brain at that time, more than four decades after it was made, without concern for how it might play among the station’s African American viewership or how it might calcify racial attitudes among young viewers.

For the record, I owned a “help stamp out disco in our lifetime” T-shirt when this movement was ramping up. I thought it would help in my battle against bullies. It did not work.

Enumerating the embarrassments and atrocities of our own time would take this entire issue of Oklahoma Gazette plus the next month’s worth of issues, but for the sake of argument, let us focus on the impact sweeps planned in major U.S. cities by U.S. Immigration and Customs Enforcement (ICE). What is happening to undocumented immigrants, from the planned mass arrests to the detainment in concentration camps, will not be looked upon kindly or even dispassionately by historians. It is a human rights atrocity, full stop. 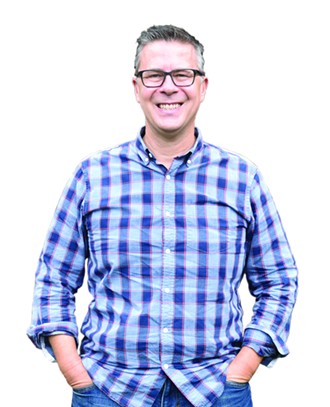 The people who perpetrated this crime against humanity must be held to account, now and in the future. Decades from now, any attempt to play this off as being somehow just a sign of the times in 2019 should be answered sternly and without rhetorical mercy.

Those unfamiliar with my writing probably feel a little whiplash at this point or even find it ridiculous that I started with a disastrous radio promo event and ended with the detention of immigrants. But this is how my brain works and, frankly, this is how history works. If you do not call out hate and injustice, it goes unchecked and metastasizes. We should never let ourselves off the hook.