This winter’s seasonals offer a breadth and depth of flavor for every palate.

Though the recent T-shirt weather belies the fact that it’s December, we’re just weeks away from the official beginning of winter, which means it’s time to finish off the Märzen stragglers in the fridge and replace them with stouts, porters and other heavy, rich beers. Most of these fall towards the stronger side since it’s time to bundle up at home and take the edge off between hectic holiday responsibilities. Here’s a cross-section of some recent favorites, from the local, national and international markets.

A variation of the Delirium Tremens golden ale which long ago put Huyghe on the map, this is one of those I’ve passed by every holiday season and pledged to try it sooner than later and never follow through. That day has finally arrived. This strong Belgian ale is packed with flavor and also packs a punch at a flat 10 percent ABV. All the fruits, all the malts and all the spices. Huyghe has reportedly been around for nearly three and a half centuries and unlike some imported beers, this one is actually brewed and bottled in Belgian. It also isn’t cheap, but it’s been quite a year, so if you’re a beer drinker, splurge with those few extra dollars and don’t pass this one by another year — it’s worth it. 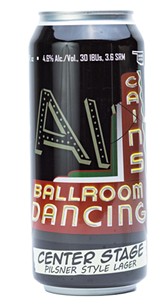 Definitely not a traditional winter style, it isn’t often that Tulsa’s Renaissance Brewing Company releases a new beer for its flagship can lineup (four years since the last one), but the Center Stage Pilsner is a worthy addition to this season’s lineup. Brewed in collaboration with Cain’s Ballroom, this one is only available there and in Renaissance’s taproom for now (four-packs are already cold and waiting for you). A German malt brewed in the Italian style and with noble hops added and coming in at 4.6 percent ABV, this one is both accessible and suited for beer snobs as well. We know the rule about not wearing the shirt of the band you’re going to see, but how about the shirt of the brewery whose beer you’re drinking at the venue? Distribution will be expanded in early 2022, Renaissance reports. 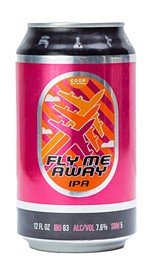 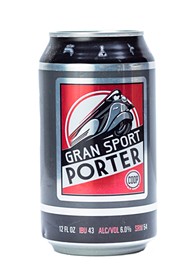 These two winter seasonals from COOP Ale Works couldn’t be any more different. The Gran Sport Porter is another robust one, malty with strong chocolate and oat notes. Porters aren’t necessarily a sessionable beer, but at 6 percent ABV and without being overbearingly thick or sweet, they’re pretty crushable for a dark beer. On the flip side, the Fly Me Away is an extremely well-balanced hazy IPA. As fruity as it is hoppy, this one truly is “as hazy as the cabin of a 1960s jetliner,” as the can states. At 7.6 percent alcohol and 63 IBUs, this smooth drinker will definitely lift you if you don’t keep a watchful eye on your rate of ascent. 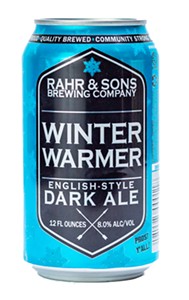 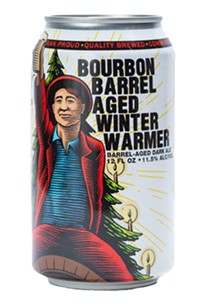 This Texas beer slot was originally reserved for Shiner’s Christmas Cheer, but as a sucker for remixes, covers and alternate versions, Rahr & Sons sneaked back onto this list for a second season in a row. An English-style dark ale, the original comes in at 8.5 percent ABV, while the barrel-aged version clocks 11.5 percent ABV. That’s the most superficial variance between the two, with the former being heavy on the malty flavors and the latter being heavy on the bourbon barrel notes. Forced to pick between the two, the original wins out.

Billed as “a holiday ale for the rest of us,” this one tastes more like Christmas than a Seinfeld bit. Each sip brings different waves of flavor, with the holiday spices hitting the palate on the first sip (cinnamon, nutmeg and ginger being the most immediately evident), then giving way to a rich molasses taste with a vanilla twist. You’ll definitely be able to taste the bourbon-tinged alcohol content in this winter warmer, and at 9 percent ABV, a couple of these bad boys will have you primed for any and all feats of strength you choose to take on this Festivus season. 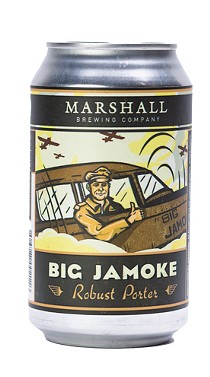 Marshall calls this one a “robust porter” and they’re not lying. The flavor notes are wide and complex, with a smoky composition that brings forth hints of sweetness and the coffee taste inherent in so many of the stouts and porters. Coming in at 6.8 percent ABV, this one is actually one of the lighter beers featured here as far as alcohol content but one of the heaviest on flavor. This seasonal from the Tulsa brewery is also available on tap at select locations (High Dive in Tulsa’s downtown Pearl District being where we tried it), which amplifies the flavors even more. Oh, and in case you were wondering, “Big Jamoke” is the name of the brewmaster’s grandfather’s B-25 bomber that he flew during World War II and is featured on the can’s artwork.

Also returning to this list for a second time is Michigan’s Bell’s Brewery. Being a sucker for variety packs and a big fan of their Two Hearted Ale also contained within, the winter ale sampler is rounded out with bottles of Bright White, a Belgian-inspired wheat, and the Wild Spruce Chase, an IPA brewed with spruce tips. But the top prize of the sampler goes to their Scotch ale named, well, Christmas Ale. Malty and rich with 7.5 percent ABV, this one will taste even better if we ever get a fire-worthy night this Christmas season. On the other end of the spectrum is the Special Double Cream Stout (I feel like the person who names their beers gave up halfway through the job this season). While the name is simple, the taste is a complex medley of 10 different malts, which makes this 6.1 percent ABV stout an easy but satisfying brew.