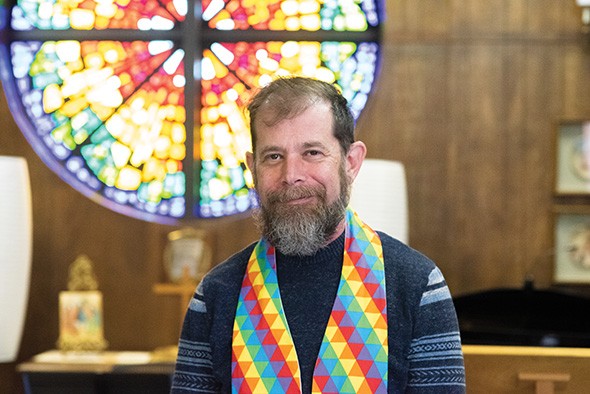 A local Methodist church is calling 2020 a period of “holy resistance.” New rules that punish clergy for consecrating, ordaining or marrying “self-avowed practicing homosexuals” were adopted in early 2019 and go into effect at the start of the new year.

Unless the rules are changed at the upcoming May 2020 general conference to reflect inclusion and acceptance of LGBTQ+ people, Mosaic is ready to exit the United Methodist Church (UMC).

“We, the members of Mosaic United Methodist Church, actively refuse to continue to squander our energy in argumentative debate over sexuality, or over who God has created very good,” a statement from Mosaic reads. “We refuse to be bound by the codified harm found in the Book of Discipline. We will lavish God’s love and grace on others, as Jesus commanded us to do.”

Jay Williams grew up in a different denomination, but once he found the UMC, he felt drawn to it. He practiced through elementary school and joined a youth group before feeling like he was being called to serve in the ministry.

“It was like the Methodist church raised me. They fostered my calling,” he said. “It was where I felt God’s love and got to be involved and experience the church in different ways.”

Today, Williams is in his senior year as a religion student at Oklahoma City University while serving as co-pastor at Village United Methodist Church. He said he feels accepted and loves serving his community at Village, but as an openly LGBTQ+ man, he often has thoughts of potentially leaving the UMC altogether.

“It’s an ongoing thought. I’m not exactly ready to jump ship yet,” he said. “Although, at some point if there’s not a lot of progress that does include me or people like me, I don’t necessarily think that I can stay committed.”

At a special general conference in February, UMC voted to adopt the Traditional Plan, which doubles down on its stance against homosexuality. The Book of Discipline, the church’s set of global laws and doctrines, has stated that homosexuality is immoral since 1972. However, the vote earlier this year sets in place harsher penalties for those who go against new rules. The first offense constitutes a one-year suspension without pay, and the second offense means termination of conference membership and church credentials.
“We know there are people in the pews who are frustrated because their pastors refuse to talk about this in their churches.”
—Rev. Scott Spencer tweet this

Williams, who was at the general conference, remembers feeling shocked and saddened when the vote took place.

Despite feeling called to serve in the Methodist church, Williams now worries that his path to ordination could be blocked by the new rules or by any bias that might exist.

“It’s just going to be really tough for me because I’m out as a gay man, but I’m not practicing. So I’m not married. I’m not pursuing a relationship,” he said. “So I’m safe-ish, but bias can still set in. And people who might not agree at all despite my vow, they can just say, ‘Well, we don’t like him,’ and decide that I’m not fit.”

That’s why Rev. Scott Spencer, lead pastor at Mosaic UMC, released a statement last week repudiating the church’s new rules. He said there are two key parts of the statement: Mosaic’s governing body will affirm clergy who choose to perform same-sex weddings in their building, and it is prepared to leave the UMC if no significant changes are enacted at the next conference.

“A lot of churches are kind of gearing up and making statements of resistance basically and how we intend to resist those policies that we don’t agree with,” he said. “Many churches both conservative and more progressive have been talking about [leaving the UMC] nationwide. … That’s not a decision we’ve made yet. It just means that’s where we’re heading. It depends what happens at the next general conference. We’ll have to revisit that, of course.”

Spencer said the statement was also released because there are some pastors who refuse to have the conversation with their congregations.

“They’re just hoping that the issue goes away, so by making a public statement, we hope to keep this in the public eye,” he said. “We know there are people in the pews who are frustrated because their pastors refuse to talk about this in their churches.” 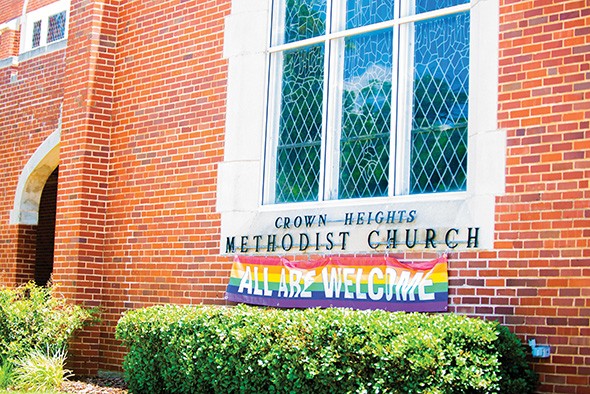 Craig Jackson considers himself a lifelong Methodist, though he stepped away from the church for about a decade because of its stance on homosexuality. Jackson, an openly LGBTQ+ man, officially became a member of Mosaic after the UMC voted on the Traditional Plan.

“I knew it would be a safe place for me. I didn’t feel pressured or anything. I just felt a tug to go, and I knew that was the place I could go,” he said. “I watched the [vote on the Traditional Plan] through a livestream. Like a lot of people, I had a lot of hope that things would change. But a lot of these people just don’t know LGBTQ people. So they don’t know our stories and how the intolerance and these views have affected us. Just to hear that it was going to be more strict, it broke my heart.

“I haven’t felt a personal impact because Mosaic is so loving and accepting. I consciously joined after February. … One of the impacts I have seen are LGBTQ people who have been traumatized by their experiences in the church, and it was almost like re-traumatizing to them. I had people tell me, ‘I was thinking about coming to your church, but after this, I just don’t know if I can.’”

Williams, Spencer and Jackson said they are all holding out hope that something changes at the next general conference. However, they said that despite how unfortunate it would be for the UMC to split, it could ultimately be the best move for those who support equal rights for LGBTQ+ individuals.

“For me, that’s kind of the best option. One of the Methodist church’s key points is mission work, and this way, if it were to split into two, we can still work together and do mission and provide for people in need all over the world but be able to practice our faith the way we feel,” Jackson said.

Despite the negative effects the UMC’s new rules have had on LGBTQ+ people and their view of the church, Williams said a silver lining is seeing so many churches come out as affirming.

Since February, St. Stephen’s UMC in Norman, St. Paul’s UMC in Tulsa and Crown Heights UMC in Oklahoma City have joined Reconciling Ministries Network, an organization primarily made up of Methodist organizations and individuals that seek to affirm and find justice for “people of all sexual orientations and gender identities.”

“I think that’s the greatest gift that we had in 2019 that general conference gave us,” Williams said. “A lot of our churches that have kind of sat silent and maybe were too afraid to rock the boat are now like, ‘This is evil. This is not right. We need to make a stance, and we need to be intentional about making a statement.’ So we’ve seen so many churches, not even just within Oklahoma. The rainbow wave, that’s what I kind of refer to it as.”