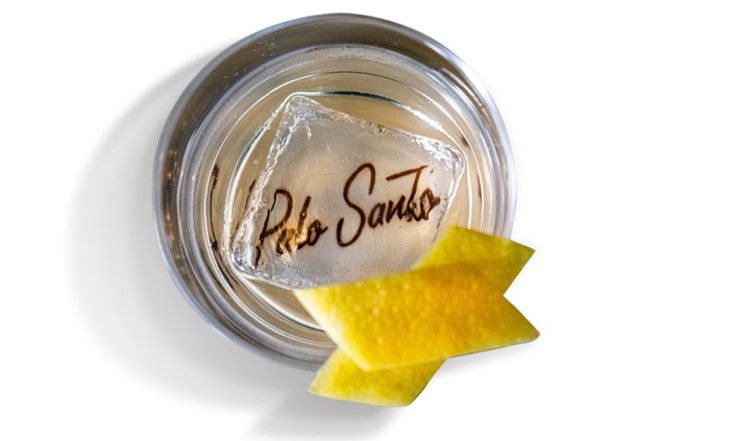 On a deceptively quiet street at the corner of SW Second Street and S. Klein Avenue, 1203 SW Second St., behind Farmers Public Market and a couple doors down from The Loaded Bowl downtown sits Palo Santo, an airy, spacious bar offering the atmosphere of Palm Springs and the hominess, friendliness and materials of Oklahoma.

Two Los Angeles expats, Brian and Bailey Butler, along with Bailey’s parents, Tony and Sheri Andrew, spent about three years talking about opening a bar. Tony and Sheri have lived in Oklahoma for the past 11 years, and Brian and Bailey spent the past decade or so working at bars and restaurants in LA. They wanted to open a space there, but the cost was prohibitive. They enjoyed their visits to Oklahoma and made the move so they could finally bring their dream to life. 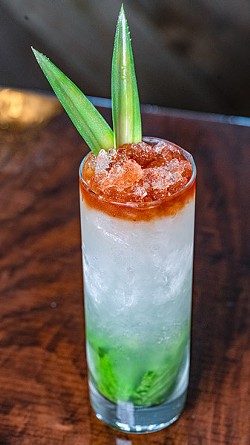 “We were excited about Oklahoma. It’s a cool, up-and-coming city,” Bailey said. “We really liked our visits here. We really liked the people. So this was a natural choice.”

They chose the Farmers Market area because it felt right to be part of the rebirth of an emerging neighborhood.

“We felt that we fit in this area just because it still has a lot of character left versus somewhere like Bricktown with the brickfront building with the glass, you know, the whole thing,” Bailey said. “So I hope we can keep some of that character and not change it too much.”

Palo Santo Cocktail Bar + Kitchen is a bright, uncluttered space filled with Southwestern- and industrial-inspired seating, a pool table, a worn leather sofa and an L-shaped bar. The space’s high ceilings provide room for shelves with leafy plants and cacti and simple but interesting and effective light fixtures that give visitors the feeling of being outside without having to endure the whims of a punishing Oklahoma summer. Tony and Brian built the tables, booths and bar and did the renovation themselves.

“We got to build it all together. Tony and I — mostly Tony; I was more like Tony’s little aid — we built pretty much everything in here,” Brian said. “We saved a bunch of money and put it to good use and opened at the wrong time.”

They made the bar using large pieces of wood and polished concrete. Brian said they wanted it to have three distinct regions: the patron side, a middle shared area and the work space. The wall behind the bar was constructed with aged fence panels in a diagonal pattern and adds a polished, designer feeling to the space.

The renovation took six months, even with a few bumps along the way, and Palo Santo opened about five days before Oklahoma City shut down because of the COVID-19 pandemic.

“The majority of our customers right now are all returning,” Brian said.

Palo Santo serves elevated bar food inspired by Brian’s background cooking in LA and places he and Bailey have traveled.

“Basically, every single dish on the menu is based on six ingredients,” Brian said. “The food is kind of mine and Bailey’s favorite bar food from around LA and around where we’ve traveled to and kind of getting things that are easy in your hands.”

The menu includes dishes like a street dog with bacon, grilled chile and onions and spicy mayo; a pressed torta with carnitas, Oaxaca cheese, chile relish, jalapeños and sesame mayo; and tomato bread and burrata. They source a lot of their ingredients from the nearby farmers market and local shops like Super Cao Nguyen and Savory Spice. The flavorful fare seems less like bar food and more like something you would get from your favorite food truck.

You can have the most comfortable bar and fun atmosphere in town, but what makes or breaks a bar, even in OKC, is its signature drinks. Brain and Bailey collaborated and used their combined knowledge from years of working and drinking at bars in LA to create Palo Santo’s drink menu. 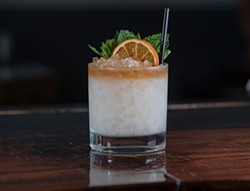 “It’s based on delicious ingredients but making things simple, building our own syrups, making lots of flavors compounded so the bartenders aren’t making mixes; it’s all three or four ingredients, so it’s quick, it has lots of flavor, interesting spirits,” Brian said. “If it’s not selling, it comes off and something else goes on.”

Besides staple favorites and wine, Palo Santo’s current bar offerings include its signature drink made with mezcal, pineapple, sencha (a type of green tea) and demerara; Mr. Jungle with white rum, Chartreuse green liqueur, mint, tepache (a fermented liquid made with the peel and rind of pineapples), lime and bitters; and Spiced Daisy with tequila, lime, jalapeño, cilantro and Curaçao liqueur.

Like its food and drink menu, the bar’s name was inspired by the merging of cultures. 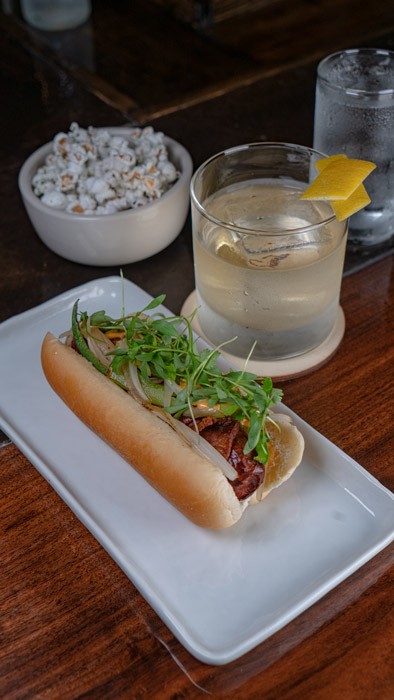