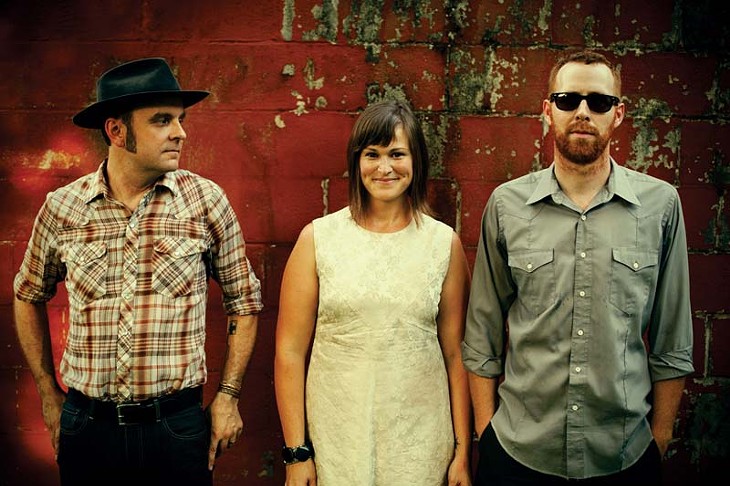 It took a little distance for Doug and Telisha Williams — the husband-wife duo behind Wild Ponies — to properly address the skeletons sitting in their closet.

The two had performed as an acoustic duo under their own namesake, touring the countryside in a beat-up RV and dishing out a string of softhearted, lovey-dovey folk albums with titles like Rope Around My Heart, beaming like newlyweds even years removed from the wedding day. Much of that remains true today, and the couple has never been as bonded or connected. But the facade shielding some of their heart-wrenching, torturous secrets needed to come down.

The combination of a move down the road to Nashville, the Jerry Sandusky scandal out of Penn State and a newfound family of songwriters in their adoptive hometown allowed for just that to happen.

“We needed to get out of our hometown and away from where those things had occurred and that physical environment to really look at them from afar and write about them in that way,” Telisha said.

Doug and Telisha grew up in the same quaint Virginia town, but their childhoods couldn’t stand in starker contrast. Doug came from a charming family home, while Telisha combatted her parents’ divorces, a sexually abusive stepfather and a mother who did little to stop the devastating behavior.

It was a quiet, concealed hurt for Telisha. She used songwriting and music as therapy, if not keeping herself entirely honest about it. But that push from their “song salon” crew and encouragement from Doug opened the floodgates for a headfirst collision with the past.

“I’m really proud of the honesty on that record,” Telisha said of the pair’s debut album as Wild Ponies, Things That Used to Shine. “We both got to a place where we felt brave and honest and ready to tackle some deep truths. The songwriting community here just helped us bump up our songwriting to the next level. You have to bring it.”

Lines like “I’m more broken than brave/ There’s things I still think about every day/ Like his footsteps in the hallway” demanded a heftier, more aggressive sound than their previous songs ever did. The pair conceded to that, adding a drummer and fleshing out their sound under the guidance of producer Ray Kennedy (Steve Earle, Lucinda Williams).

“The songs were calling for it,” Telisha said. “What we were writing at the time required a little bit more weight behind the music.”

It was all a perfect storm that made the reinvention of themselves as Wild Ponies feel right. And after years of riding along with a bridle in its teeth, the two are finally able to run free.

“It’s something we’ve wanted to do for a good, long while,” Telisha said of the new name. “It just made sense to do it now.”