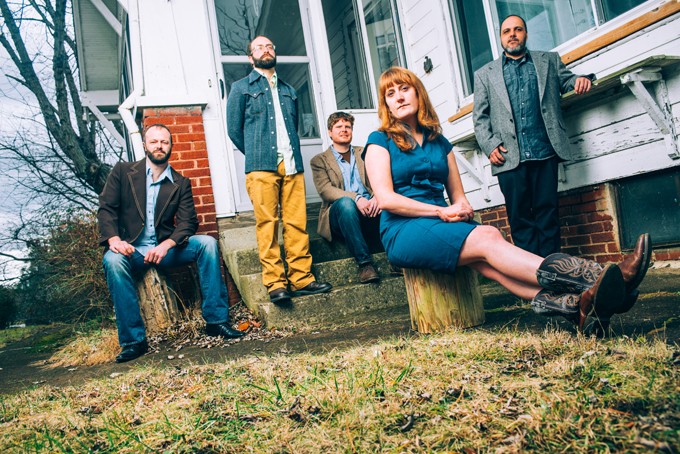 With so many genres and subgenres of Americana, a band sometimes has to craft its own thing in order to get the sound it wants. In the case of Asheville, North Carolina’s The Honeycutters, that sound is called Appalachian honky-tonk.

“I don’t know if it’s ever been a conscious choice,” Platt said. “I think it’s just sort of you play what you know, and this is what I know.”

The Honeycutters take that self-defined “simplistic” sound and turn it into a formula that Platt feels has been perfected on its latest release, Me Oh My.

“The grooves of the songs just feel more on point with what my vision for The Honeycutters was and what feels good to me,” Platt said. “I feel like I’ve come into my own with this album.”

Based around themes of love, loss, acceptance and regrowth, Me Oh My has garnered critical acclaimed since its release, even from the band’s own heroes. Amy Ray of the Indigo Girls called the album “a wonder to behold,” in a media statement.

Platt attributes the fandom to her tight, professional band and her honest, raw songwriting that she said mirrors her own life experiences, the “little things that happen in your life that tilts your perspective a little bit.”

The acclaim is warranted. “Jukebox” kicks off the new record with drums and the soothing twang of a pedal steel guitar. The song builds with rest of the band joining in soon after the first few notes. And then Platt’s relaxed vocals cover the rest with plaintive yet determined lyrics. She sings of offerings of love without the need to be the most desired in her lover’s life; she just wants to go dancing. And dancing is what the record makes the listener want to do.

The music continues to build until a few horns join in, pushing it to a natural crescendo that is embracing but not over-the-top. It seems there isn’t an old-school country instrument that isn’t utilized at some point on the record, and the whole thing feels like steel wrapped in leather and covered with the plushest fur. It is warm and heartfelt; there is yearning, but it’s annexed by an underlying strength. The album is pure honky-tonk indeed.

Platt and the band bring their smooth Appalachian sound to Oklahoma City Wednesday, July 15th, at The Blue Door, 2805 N. McKinley Ave. Doors for the all-ages show open at 7:30 p.m. Tickets are $15 advanced and $20 at the door.