OKC progressive metal band All Seems Lost gets contemplative with Years Like Days. 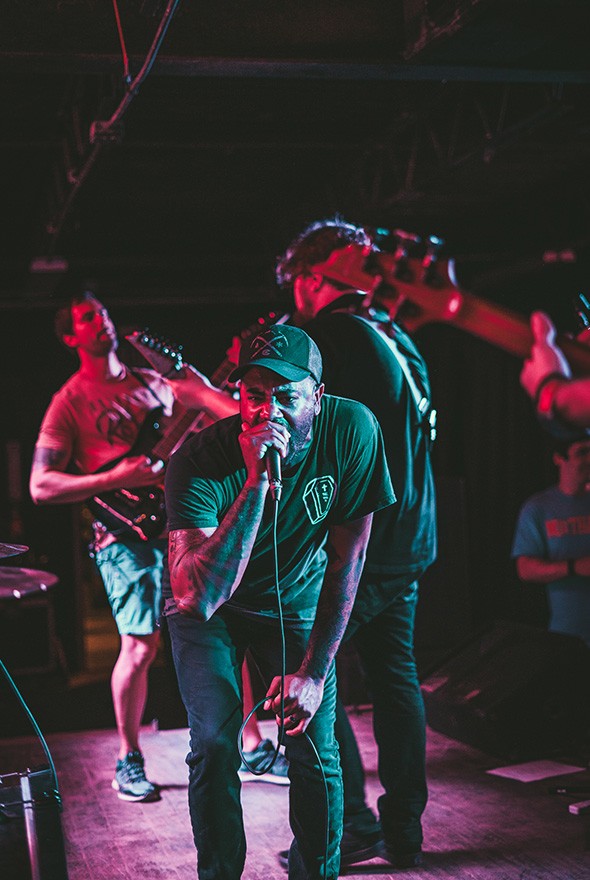 All Seems Lost’s follow-up to Unscathed might cut a little deeper.“There’s a lot more meaning and passion, definitely, that went into it,” drummer Geoff Hochstetler said. “We all were going through some major losses.”

Geoff Hochstetler said the band has an overall positive outlook, but he and brother Steve, lead guitarist for the band, wanted to release an album of songs “for people that go through loss or hurt” after their mother died last year.

“Some people need that song that talks about losing loved ones or anything in life that you care about and not taking things for granted,” Geoff Hochstetler said.

The album’s title is a reminder that time is precious and fleeting.

“Our days are short,” Geoff Hochstetler said. “We don’t know when our last day is going to be, and years could feel like days. It’s how time moves.”

Released in 2017, the band’s debut Unscathed was recorded in a less serious mindset.

“The energy was way different,” Steve Hochstetler said. “Everybody was super hyped, and we were having a good time hanging out together.”

“It’s not just a bunch of finger-flopping and trying to play something really heavy.”
—Steve Hochstetler tweet this

The main goal for the debut was simply to make a record.

“We were a new band coming out, and we just wanted to write music and release it,” Geoff Hochstetler said. “We just wanted music to be played.”

Years Like Days — largely recorded by guitarist Eric Springer in his home studio — was created with more focus and intention over a longer period.

“We definitely took a lot more time on this one than we did with Unscathed,” Geoff Hochstetler said. “We weren’t in a rush to release anything.”

The lyrics and instrumentation are more expressive as a result, Steve Hochstetler said.

“It’s not just a bunch of finger-flopping and trying to play something really heavy,” he said. “There’s a lot of thought that went into composing the songs. On the lyrical side, it’s also still emotional. There’s some deep meanings in there. … We put more thought behind what we’re writing.”

The Hochstetlers have been playing music and listening to As I Lay Dying and other metalcore bands as well as metal bands Mudvayne and Slipknot since they were children.

Vocalist Jordan Ward, new for this album, wrote many of the lyrics, but all of the band’s music is a collaborative effort.

“We all chime in, and we all criticize each other on certain things or say, ‘Hey, it would be cooler if you did it this way,’” Geoff Hochstetler said. “We all input and work as a team to make what our music is.”

Ward and bassist Zac Henthorn joined the band after meeting up at a church hardcore and metal worship service. Ward, who joined shortly before the birth of his first child, “brought whole new vibe to the band,” Geoff Hochstetler said.

“He kind of stepped in for the first couple of months and learned the songs and he had his child,” Geoff Hochstetler said. “He had a lot of inspiration from bringing a new life into the world. … We had a lot of things to be passionate about for music.” 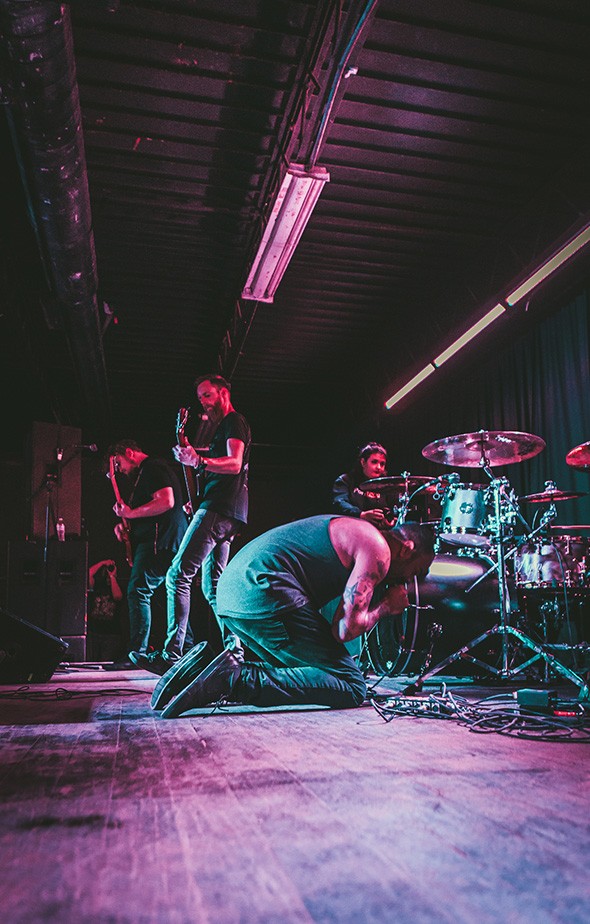 “Jordan is such a good frontman,” Steve Hochstetler said. “He is really good at getting the crowd interacting with the band. It’s awesome.”

The album reflects the good and bad parts of the human experience, Geoff Hochstetler said.

“Not everything was negative,” he said. “Loss always sucks. It does. But a lot of good comes from life as well. So it wasn’t writing sad songs. It was more about writing songs about loved ones, not the loss or the gain. It’s just loving everybody equally.”

Steve Hochstetler said Years Like Days represents “a whole other direction for the band.”

“There’s a heavy track or two on there, but for the most part it’s a lot of melody and emotion and some groovy stuff in there,” he said. “[Unscathed] was fun, don’t get me wrong, but through the trials of life and all that stuff leading up to us releasing this EP, I feel more accomplished.”

“You don’t want to be a Parkway Drive,” Steve Hochstetler said. “You don’t want to put out the same-sounding crap every single time. You always want to try and push that boundary. Is everybody going to like the new material? That’s up to them. People are going to like it. People are going to hate it. No hard feelings, but we’re trying to push that that next level throughout the band.”