Hotel Habana’s new owners are undertaking a major renovation to help fulfill the resort’s potential as a city centerpiece.

The self-proclaimed “largest gay resort in the Southwest” is under new ownership and ready for a complete makeover. Hotel Habana, 2200 NW 40th St., was known as Habana Inn until Los Angeles-based Alternative Resorts acquired the 170-room hotel in January.

Thomas Lagatta, director of the renovation project, said if all goes according to plan, the hotel will be fully renovated in 18 months. Room bookings will stay open, but not all rooms will be available while renovations are taking place in certain areas.

“Some things we’re starting on now like the west pool, we’re starting around there, and then quite a bit of our renovations we’re putting off until fall,” he said. “The exterior will be renovated, but that won’t start until [October or November].”

The hotel is home to two courtyard pools, The Copa nightclub, Finish Line country bar and Jungle Reds gift shop. It sits in the city’s “gayborhood” and has served as a major regional LGBTQ+ destination. Alternative Resorts saw inherent value on a general business basis, but Lagatta said it also saw its potential as a “huge, unique venue.”

“Unique almost to the entire United States as far as what it can be, kind of an oasis for people … who are not the mainstream and actually the entire 39th [Street] District here in Oklahoma City,” he said. “We want to help it be what it can be. Even beyond that, we think that most people who come here don’t realize what a wonderful, unique place this is. We intend to make it fulfill its potential.”

“He knows this area very, very well,” he said. “He’s frequented this hotel, and when the opportunity came up to buy it, thought, ‘Why not?’ And he bought it with the intention of upgrading everything. This place hasn’t had much upgrades in a long time.”

The renovations will be all-inclusive. The hotel lobby will be completely redone, rooms will be redesigned and both pools will get several upgrades. Some of the smaller renovations, like the installation of four hot tubs around the west pool, are already taking place.

The hotel receives more guests during the warmer months, officials said, but renovation plans, some of which are being kept a secret, would make it more of a year-round destination.

“Depending on how much money we have to operate with in terms of construction, the first thing that we will do is something I can’t tell you about,” Greenspan said. “We will be gutting and renovating all the rooms around the east pool. We have extensive plans for the east pool. … We’re hoping, if we get the money that we’re hoping we get, then we will renovate the entire east courtyard pool area. If not, there are some renovations that we will make that I am not at liberty to tell you at this point, and then we will renovate rooms as we can.”

Early renderings have been released of the building’s facade and different room layouts, but Greenspan said they’re still weighing whether or not they will commit to them. Room renderings have an Alice in Wonderland theme, with designs based on different characters.

“Some of those are pretty involved in terms of what you would have to uniquely construct for a room, and so we’re looking at them like, ‘They look really cool, but is that how we want to spend our money or do we want to spend it in some other manner?’” he said. “Are we going to fulfill that? We don’t really know, but yeah, that’s what we’d like to see.”

Officials are also focusing on improving the hotel’s banquet room and potentially adding another event space.

“We’re going to have at least one banquet room, 2,500 square feet, so it’s a pretty good-sized banquet room,” Greenspan said. “We will have an event space that will be fairly unique to Oklahoma City, and that’s the project that we are trying to keep as quiet as we can. … But that will give us another event space.”

The Copa and Finish Line have a different owner; Greenspan is unsure if those will be renovated. However, they are working on a way to make Habana nonsmoking, which could potentially create another club/lounge area.

“We’re adding a sky lounge onto one of the roofs here, so that we will have an outdoor smoking area and club up on the roof as well,” Greenspan. “We don’t know how feasible that is — like would everybody kick up their heels and say, ‘Forget it; we’re not coming’ — but we’d really like to make it nonsmoking if we could.”

In planning the renovations, Lagatta said they also wanted to make sure Habana is not just “a party hotel.”

“We want to accommodate business people that are passing through that need a place to work,” he said. “We’re putting in fiber optic Wi-Fi, so everybody will have free fiber optic Wi-Fi. … We’re fixing up some rooms in the quieter areas away from the clubs, so it’s like any given night it’s a good place to stay.” 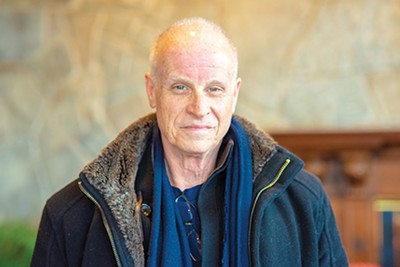 The two event spaces will help Habana give back to the community, something Greenspan said patrons don’t currently expect from the hotel.

“The community that we serve … is used to this facility not giving back, only making money from it,” he said. “That’s going to change in a big way; we’re going to be philanthropic.”

Officials have already met with various organizations in the city to discuss potential fundraising event ideas. Greenspan said one person in particular is interested in having a quarterly event to benefit local charities.

“It’s my goal — I don’t know how long it’s going to take, but it’s going to happen — that we have an event every weekend here. Obviously, they’re not all going to be charitable, but a lot of them are going to be,” he said. “We hope to do a lot of that, and we hope to make up for the long time that this facility has not been supportive.”

Despite continuing the hotel’s legacy as a major destination for the state’s LGBTQ+ community, Greenspan said they don’t like labels.

“When we use things like ‘LGBTQ,’ why are we dividing ourselves with that? It doesn’t unite us. It might unite the people under those individual labels, but it doesn’t unite us as a community,” he said. “So from this facility from now on, you will not hear those labels. To us, it’s just the community; it’s our family. That’s how we’re going to treat it, and we hope everybody will join us.”

Though it is not yet confirmed, the team is planning a big Fourth of July block party to celebrate the hotel’s future. Additionally, once they complete a major renovation project, they plan to throw a grand opening celebration, which is likely to be a charitable event.