An activist, a cop, a professor and a businessman are all vying to represent one of the state’s most Democratic House districts.

Four candidates will face off in next month’s House District 88 primary with the winner taking the seat that is being vacated by Rep. Kay Floyd, D-Oklahoma City, who is running for state Senate.

The four candidates appear to fall in line with the party on most issues. Each supports Medicaid expansion, which the Republican Legislature has opposed. Each is supportive of marriage equality and argues for more education funding. 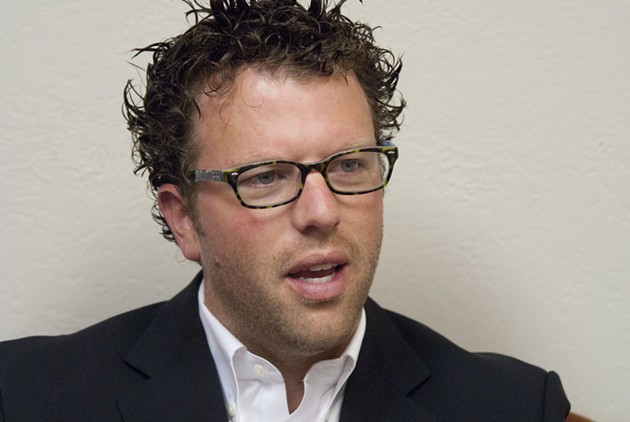 However, the four candidates come to the race with diverse backgrounds and view the role of a member of the minority party differently.

Jason Dunnington, a professor of sociology at Oklahoma City University and former Nazarene pastor, could be considered the frontrunner, as he has the largest war chest of funds and has earned the endorsements of several Democratic leaders, including Rep. Scott Inman, D-Del City, the House minority leader.

Like each of the other candidates in the race, Dunnington realizes a Democratic House seat doesn’t always carry with it a lot of power in Oklahoma. But he considers himself a part of a new generation of Oklahoma Democrats who can help the state shift back to the left in the coming years.

“We need to have the long view,” Dunnington said of taking back the state for Democrats. “We need a [representative] who can not only help champion for Democratic values in the Statehouse but also help recruit other Democrats that can win in some of the seats that are competitive.”

Also running is Paula Sophia, a former OKC police officer who retired from the force this year in order to run for a seat in the district she formerly patrolled.

Sophia likes to tell stories from her time as a cop when she displayed problem-solving skills and compassion for the diverse population that calls central OKC home.

“People are people, and they have the same basic needs,” Sophia said. “I want to be a voice for knocking down barriers that are fairly artificial. Even if I didn’t know a specific culture, if my approach was sincere, I can build trust.”

John Gibbons was the founding president of Citimac Mortgage Lending; serves as president of the 39th Street Revitalization District; and is the co-owner of The Boom, a cabaret and nightclub in OKC.

It was while he was president of Citimac that the mortgage industry collapsed in 2008, and it left Gibbons losing nearly everything he had.

Another candidate who had a close encounter with the collapse of the housing market is Mark Faulk, who watched Wall Street shudder through the lens of a camera. A documentarian and activist, Faulk produced The Wall Street Conspiracy, a film on the fraud and corruption of America’s economic engine.

Faulk has made a career out of trying to shine a light on injustice, whether it’s equal pay or prison reform. While Faulk realizes a position as a Democrat in Oklahoma’s Capitol will carry little voting power, he plans to use the position as an opportunity to speak out for progressive issues.

“A lot of the Democrats that we have, while they may vote right, they are not what I would call strong voices in the Legislature,” Faulk said. “I think that our legislators have to go back and engage with the people more, and I haven’t seen that in decades.”

The primary election is June 24 and the final day to register to vote is May 30. With four candidates in the District 88 primary, there is a chance none will receive at least 50 percent of the vote, which would trigger a runoff election between the top two voter getters on Aug. 26.

There is no Republic candidate running in District 88.

House District 89 is home to another hotly contested Democratic primary, as Mary Sosa, Virginia Poindexter, Shane Stone and Chris Bryant are all running for this south OKC district. The seat is being vacated by Rep. Rebecca Hamilton, D-Oklahoma City.

Rep. Charlie Joyner, R-Midwest City, was first elected in 2007 to House District 95. But he faces two challengers in his Republican primary next month. Max Wolfley and Brent Rinehart vie for this east metro district, which includes portions of Midwest City and Tinker Air Force Base.

Rep. Anastasia Pittman, D-Oklahoma City, who currently serves in House District 99, is seeking a state Senate seat in 2014. That leaves on an opening in this east Oklahoma City district where three Democrats are running in the June primary. They are George Young, Eleanor Darden Thompson and Steve Davis.