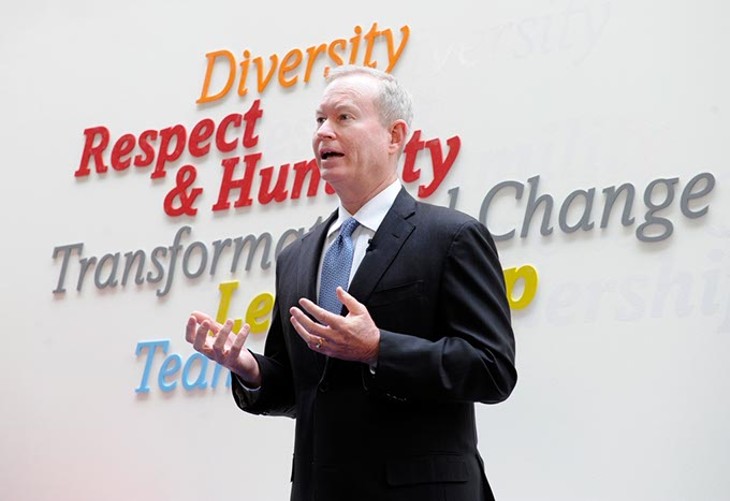 Oklahoma City parents who want to put their child in a high-ranking public school will have to buy a home nearly double the price of one in the area of a lower-performing school.

“[The F grade] says less about our students and our teachers and more about our ZIP code,” said Greg Frederick, Jefferson Middle School principal, which has a 99 percent poverty rate.

Housing costs versus school performance could be a bit of a chicken-or-the-egg situation. In the public school system, a well-performing school is likely to impact housing values for the better, but the correlation between poverty rates and academic performance also appears to result in segregation by academic performance.

School choice is a hotly debated topic in education policy, but the basic decision of deciding where to live could prevent poorer families from accessing a great school, unlike those families with higher income levels.

While OKC has several B and C elementary schools, it lacks anything other than F middle schools, not counting charter schools. A family living in the Jefferson

It’s that economic barrier to academically strong schools that has some state lawmakers looking to school choice as a potential solution.

Sen. Clark Jolley, R-Edmond, filed legislation that would give parents the chance to take some of their state education dollars given to the local school and use it for enrollment in another public or private school.

Senate Bill 609, called the Oklahoma Education Empowerment Scholarship Act, has drawn criticism from many public school educators who fear the bill would take money away from schools that need it most.

“ZIP codes shouldn’t determine the quality of education that a student gets,” said Amber England, executive director of Stand for Children’s Oklahoma chapter.

England said the impact of income levels on school quality has created strong opinions on both sides of the school choice spectrum, but she doesn’t believe either side offers the lone solution.

“I think there is a fallacy to say that giving parents a particular amount of money to take their kid to a different school is the solution because it’s not actually helping all students,” she said.

Again, the goal should be to lift up all students, she said.

While housing costs can serve as a buffer for low-income families, a new website aims to help parents get more information and let them know which schools they could choose.

GreatSchoolsOklahomaCity.org was officially launched at a press conference last week at the office of the Oklahoma Public School Resource Center (OPSRC). The website is a joint venture between GreatSchools, a national database of schools, and OPSRC.

“We think that this site is a resource for parents to learn about all the different options that exist to them,” said Brent Bushey, its executive director.

During a demonstration of the new website, Leo Olebe, vice president of marketing at GreatSchools, showed how parents can enter their location and the school characteristics that are important to them, ranging from study subjects to sports and other extracurricular activities. Then, a list of schools is generated, each with a quality rating and additional information about each school, including demographic data and submitted reviews from parents, students and teachers.

“Overall, we are trying to build this really comprehensive resource ... allowing parents to ask, ‘What is the best school for my child?’” Olebe said.

During the web launch, Oklahoma City Mayor Mick Cornett praised the site as a way to help parents moving to the city gain a better understanding of which school might be right for their family.

“For a lot of people, they base their opinion [of schools] on a Realtor or maybe one other source,” Cornett said. “We are basing a lot of those decisions [about schools] on perceptions. I think it’s great that we have a source now that provides some sort of data-driven [options] in case a perception is not true.”

Rating public schools has been a controversial issue in recent years, as the state’s A-F grading system has been criticized by many educators who feel it is a faulty way of rating schools.

“A through F is one piece of data that is [on the website],” Bushey said. “I know A through F is not popular in public schools. This is a chance to say, ‘These are all of the other aspects of our schools that should be considered.’”