How city funds are used could become a major election issue 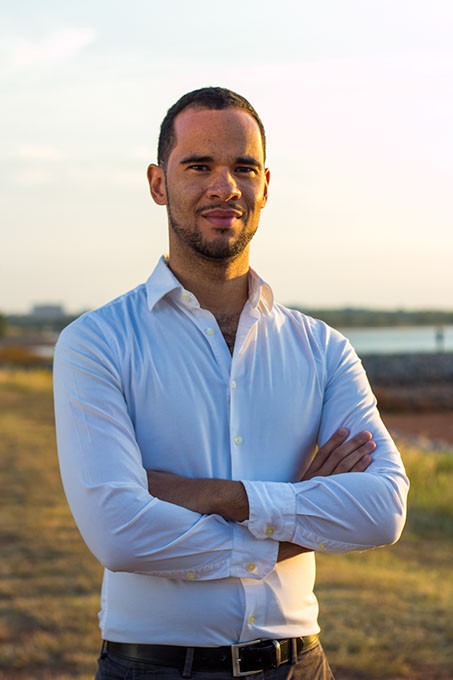 Ward 2 Councilman Ed Shadid regularly questions public funding for economic development. His focus will likely increase and intensify in coming months as the city discusses several publicly financed projects. It also will likely become a critical election topic in his ward as he runs for re-election.

“We seem to just hand out money [to developers], and I think we will be asked to do much more of it in the near future,” Shadid said.

The probability of a convention center hotel needing public assistance, along with recent reports that Clayco, the developer of a proposed luxury apartment building downtown, is asking the city for its largest tax increment financing (TIF) investment to date, are issues Shadid says need much more scrutiny than has been given in years past.

Shadid has also been critical of the council’s reliance on the Alliance for Economic Development of Oklahoma City and the Urban Renewal Authority, which vets projects before reaching the council.

“[These groups] come to us and they say, ‘We have been negotiating for 12 months, and this is the deal,’” Shadid said. “But 12 months later is not the time for the council to get involved. It’s our responsibility to make policy, and I don’t think we do that when it comes to [public assistance].”

It’s common for Shadid to be in the minority on the council with his criticism, and he failed to develop much City Hall support last year, when he ran for mayor against Mick Cornett. But conversations with some at City Hall reveal that there is a little more hesitation about some of the proposed projects because of their large price tag.

It’s unknown how Shadid’s stance on tax breaks will motivate his only announced challenger, James Cooper, but some believe it has motivated the business community to look for a challenger.

“[Shadid] has been a vocal opponent of Mayor Cornett and opposed his programs and policies, which have grown Oklahoma City,” said a Ward 2 constituent participating in the poll this month.

Shadid supporters have wondered if the push for Jemison in Ward 2 is possibly from the chamber or even OK United. The latter backed candidates in this year’s midterm elections without submitting campaign finance records to the state.

During the last mayoral election, an OK United campaign also painted Shadid as anti-growth, also a theme in the most recent phone polls.

Jemison did not return request for comment by deadline.

However, Oklahoma Gazette conversations with local business leaders indicated that some do believe Shadid’s questions could stall developments like the convention center hotel and other tax-funded projects.

“There are a lot of high-ranking business leaders who would feel more comfortable if Shadid were gone,” said one City Hall official who refused to be named due to their department’s views on addressing politics and campaigns.

While it remains to be seen if a candidate like the one described in the poll will enter the Ward 2 race, voters will definitely choose between Shadid and Cooper.

While he isn’t as critical toward tax incentives as Shadid, Cooper has stressed caution regarding public funding.

“I’m impressed with what we have been able to do with it so far,” Cooper said about the use of TIF funds for street improvements downtown and other large urban projects. However, when it comes to funding a potential convention center hotel, Cooper said he would have a high standard before voting for the use of public dollars.

Shadid said he has learned to fight the preconception some might have of him as Mr. Negativity. “I’m not against progress,” Shadid said. “I’m for spending the money of taxpayers in the best way for our taxpayers.”

Shadid also has been critical of the city’s use of Community Development Block Grants (CDBG) to back loans to private developers. Cities across the country offer CDBG funds as collateral for economic development projects. OKC has used grants to help fund the Skirvin Hilton Hotel redevelopment and Gold Dome rehabilitation.

However, because CDBG funds often are used for programs that assist low-income residents, Shadid believes the city might be de-prioritizing our city’s most in-need residents and programs.

“We are essentially putting the city’s programs for the poor at risk to help a private developer,” Shadid said. “I’m not sure how much of a risk we are willing to take with this because I don’t see a public discussion taking place.”

If developers fail to pay back CDBG-backed loans, the city might have to transfer funds from other programs to cover costs. Shadid said that’s what happened several years ago, when nearly all of a $1 million loan to revitalize the Gold Dome failed.

He worries it could happen again with other projects — such as the new 21C Hotel (located where the Fred Jones Manufacturing Company building now stands) or a convention center hotel — if CDBG funds are used.

“We have a lot of big decisions coming up,” Shadid said.

Print headline: Taxing campaign?, How city funds are used could become a major election issue for Ward 2 candidates and voters.