I Ate This So You Don’t Have To: Taco Bell's breakfast menu 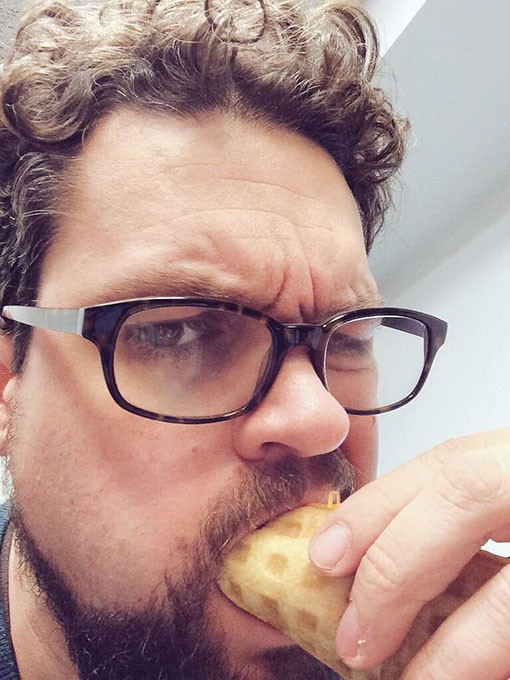 Editor's note: I Ate This So You Don't Have To is an occasional, tongue-in-cheek series on chain dining by Oklahoma Gazette staff reporter Greg Elwell.

If you’ve ever had one too many drinks, you have almost certainly experienced Taco Bell as so many others have: A panacea for the inebriated.

Taco Bell knows this. Fourth Meal? That is 1,000 percent an opportunity to capitalize on late-night drunks and long-haul truckers.

“Hey, if everybody is eating our food when they’re blasted beyond reason, why not try and feed them breakfast, too?” we're guessing a marketing wizard said, possibly while hung-over. “We’ll make a waffle into a taco or something. A burrito, maybe? Hey, turn down the lights.”

When Taco Bell’s breakfast menu was announced, the nation made a collective “Eughch” noise like they were about to throw up, except for Oklahoma, which is where they rolled out the menu first. People went. They ate. They survived.

And so, in the grand tradition of the KFC Double Down, welcome to another edition of I Ate This So You Don’t Have To. 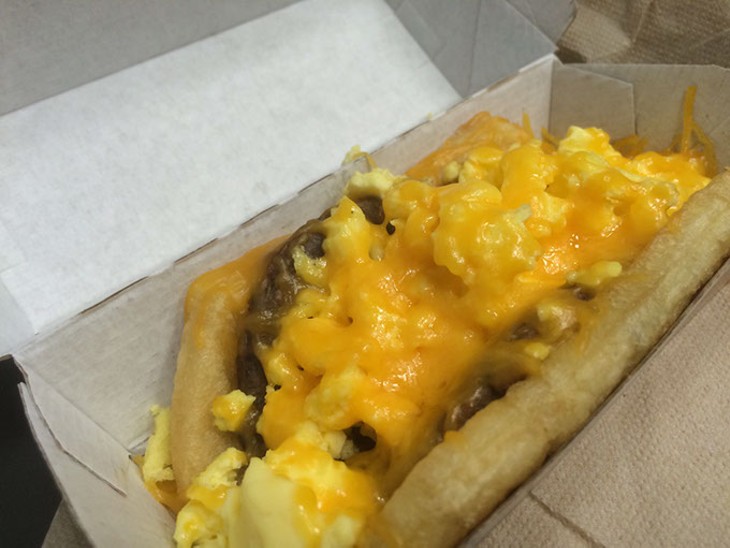 Nope. Nooooooope. The waffle is too spongy. So are the eggs. And the sausage. They give you syrup to dip in, but no thanks. Each bite is one big squish of vaguely breakfast tastes. By far my least favorite.

Shouldn’t all of Taco Bell’s breakfast offerings be breakfast burritos? That just seems like common sense. They have the tortillas. They have the technology. They have no reason not to. The eggs in this are mixed with peppers and sour cream and cheese and maybe potatoes? Also steak. Sorry. “Steak.” I put hot sauce on mine and ate it. Now I’m listening to my stomach valiantly trying to kill it again. It could be worse.

... except this burrito is $3.50. It charges $1.50 for terrible coffee. That’s $5. Why not get Grab-n-Go breakfast at the Wedge instead? That’s what my intestines will be saying soon. 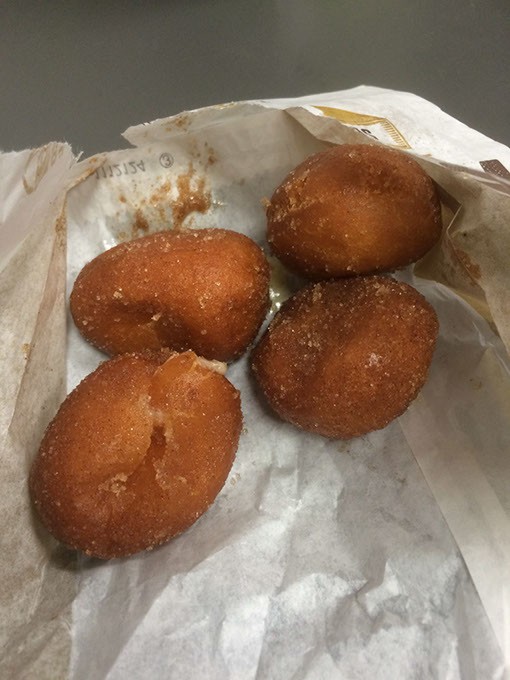