Iliza Shlesinger will bring her kinetic, elastic comedy to Oklahoma City as part of her Elder Millennial Tour. In the Elder Millennial Netflix special, Shlesinger reflects on a time before social media, on relationship complexities in the 2010s, and the differences between men and women.

The 35-year-old comic, originally from Dallas, is the only female and youngest comedian to have won the title of NBC's Last Comic Standing, back in 2008.

Since then, Shlesinger has written and starred in four Netflix comedy specials: War Paint (2013), Freezing Hot (2015), Confirmed Kills (2016), and Iliza: Elder Millennial (2018). With 2013’s War Paint, she was one of the earlier comedians to get involved with direct-to-Netflix comedy specials. She’s also the creator and star of Hulu’s Forever 31 as well as the short-lived 2017 Freeform talk show Truth & Iliza.

Elder Millennial pokes some fun at the pre-social media era.

“Yes, gather ’round the Snapchat, children. I’ll tell you the tale … of the landline,” Shlesinger jokes in the special.

The promotional campaign for Elder Millennial was a callback to the late ’90s/early ’00s, as Shlesinger posed for photos in outfits recalling the era and posted an official Spotify playlist featuring her favorite songs from the time.

“When I did the Avril Lavigne outfit, I already owned all of that s—t, which is so embarrassing,” she told Us Weekly. “I, at 35, ordered those Dickies pants weeks ago before we even did the shoot and cut them so I could wear them around my house. I was living; I was so happy to be in that outfit. Because that’s all I ever want to be, like a suburban punk-rock teenager.”

Shlesinger is a USO favorite. According to USO.org, she participated in the Chairman of the Joint Chiefs of Staff’s personal USO Tour throughout the Middle East and Europe in 2017 as well as the Today Show/USO Tour with Al Roker in Afghanistan in 2014 with Jay Leno and others.

“The USO brings entertainment and a bit of levity to a very stressful situation,” Shlesinger said during a Today segment. “[J]ust to get a chance to share this with [troops] for just a couple minutes, it’s such an honor.”

Roker told the USO the group had a strong sense of purpose.

“I had Jay Leno and Kevin Eubanks and Craig Robinson and Iliza Shlesinger [on this trip]. And together we had this kind of camaraderie and this sense of purpose that we were going in to do this and take care of these troops,” he said at USO.org. “Again, it was a short period of time, but it was something really worthwhile.”

The Elder Millennial Netflix special reflected, at least in its location, that military theme. The show was filmed in San Francisco on February 23, 2018, aboard the retired aircraft carrier the USS Hornet (CV-12).

Just because you’ve seen the Netflix special, don’t think you won’t get a new experience seeing the tour. She told Parade.com that she has constantly been reworking the material.

“The week or so after I filmed the set that we recorded for Elder Millennial, I went out and it started to change again,” she said. “So, now ... when you come see me live, you will not be seeing even something that’s 50 percent what you’re seeing on Netflix.” 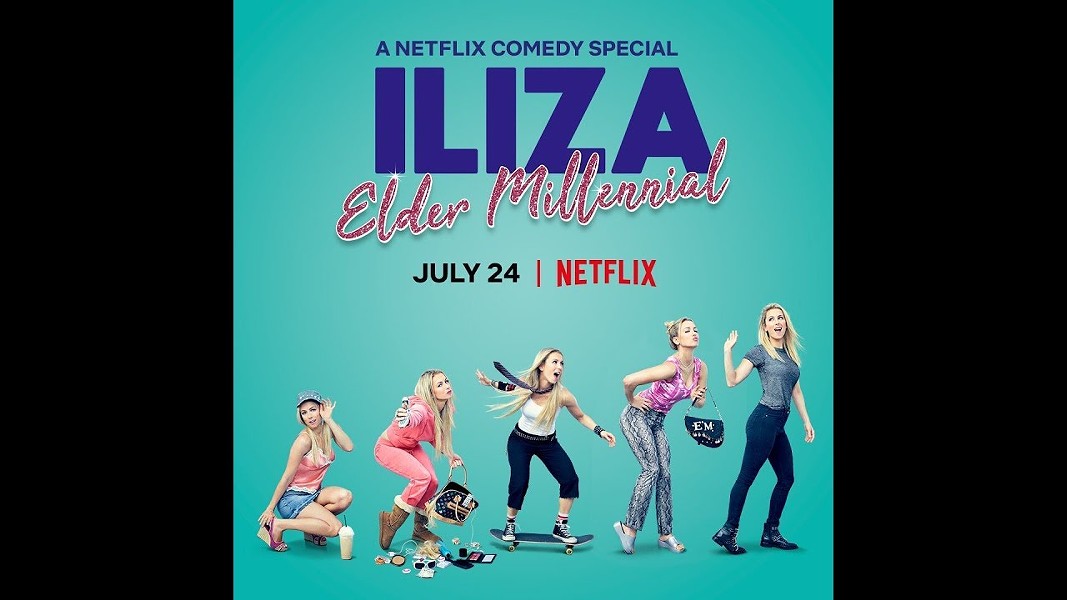